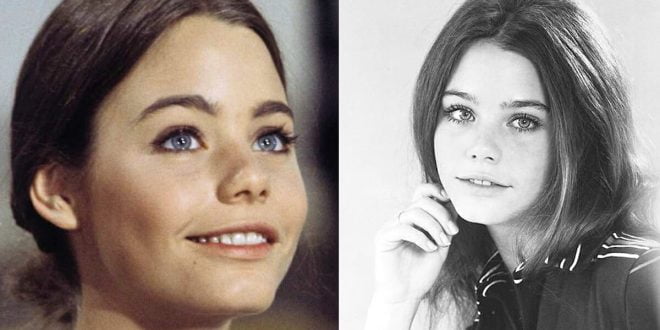 How many of you remember watching “The Partridge Family?” If you were a fan, you were probably enchanted by the beauty of Laurie Partridge who was played by actress Susan Dey.

When Susan was offered the role in the ABC series which lasted for four years, from 1970 to 1974, she didn’t have any experience in acting, but casting her was the right thing to do as she was incredibly talented and it felt like she’d been in front of the camera many times before.

The adventures of the singing family which traveled from place to place to perform in a refurbished psychedelic school bus stole the hearts of many. After it finished in the States, it became a huge hit in the U.K as well and the cast gained huge popularity.

Susan’s colleague, David Cassidy, who played Keith in the show, quickly became a teen idol whom many girls adored. Among all those women who were crazy about him was Susan herself. She had a crush on him for a longer period of time, but the two only started dating after the show was over. Their relationship didn’t last long and they remained good friends until David published his book, C’mon, Get Happy: Fear and Loathing on the Partridge Family Bus, where he shared some intimate details of his relationship with Susan. Among the rest, he said he ended what he had with her because she was too innocent for him.

This made Susan mad. She vowed to never speak to him again and even refused to attend the cast reunion years later.

Since “The Partridge Family,” Susan was part of many movies and TV shows and even wrote a book titled, Susan Dey’s Secrets on Boys, Beauty and Popularity.

Over the years, she earned six Golden Globe and three Emmy award nominations before she won a Golden Globe award for Best Actress for the role of Grace Van Owen in “LA Law.”

According to Worldation.com, Susan turned down the role of Sandy in Grease and Olivia Newton John, who played that role, was offered the role of Laurie in “The Partridge Family” but her manager convinced her not to accept it.

Today, Susan is enjoying a quiet life with her husband and their family in New York where she grew up. She’s no longer under the limelight but she’ll always remain someone who made our young years awesome. No one really forgets such series as “The Partridge Family” no matter how much time passes.

Share
Previous At The Age Of 81, The Famous Actor Al Pacino Falls In Love With 28 YO Girl
Next Baby born with an “angry” face and get Oligohydramnios diagnosis