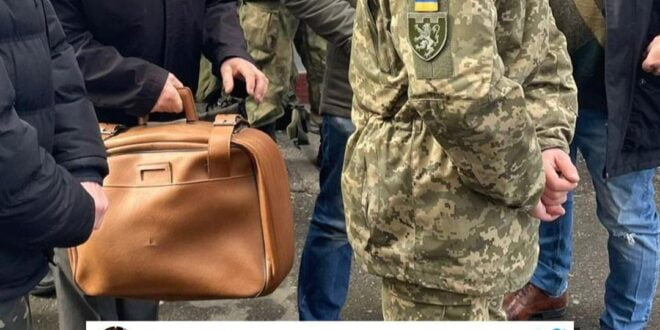 he image of an 80-year-old grandpa offering to join the Ukranian army has sent reverbarations around social media.

The unammed man was pictured standing in line waiting to enlist carrying a small bag.

The image was shared on Twitter late last night by Kateryna Yushchenko, who served as the former first lady of Ukraine from 2005 to 2010.

She wrote that the man’s case contained ‘2 t-shirts, a pair of extra pants, a toothbrush and a few sandwiches for lunch.’

‘He said he was doing it for his grandkids,’ she added.

Yushchenko wasn’t able to identify the man, nor say who originally posted the photo. 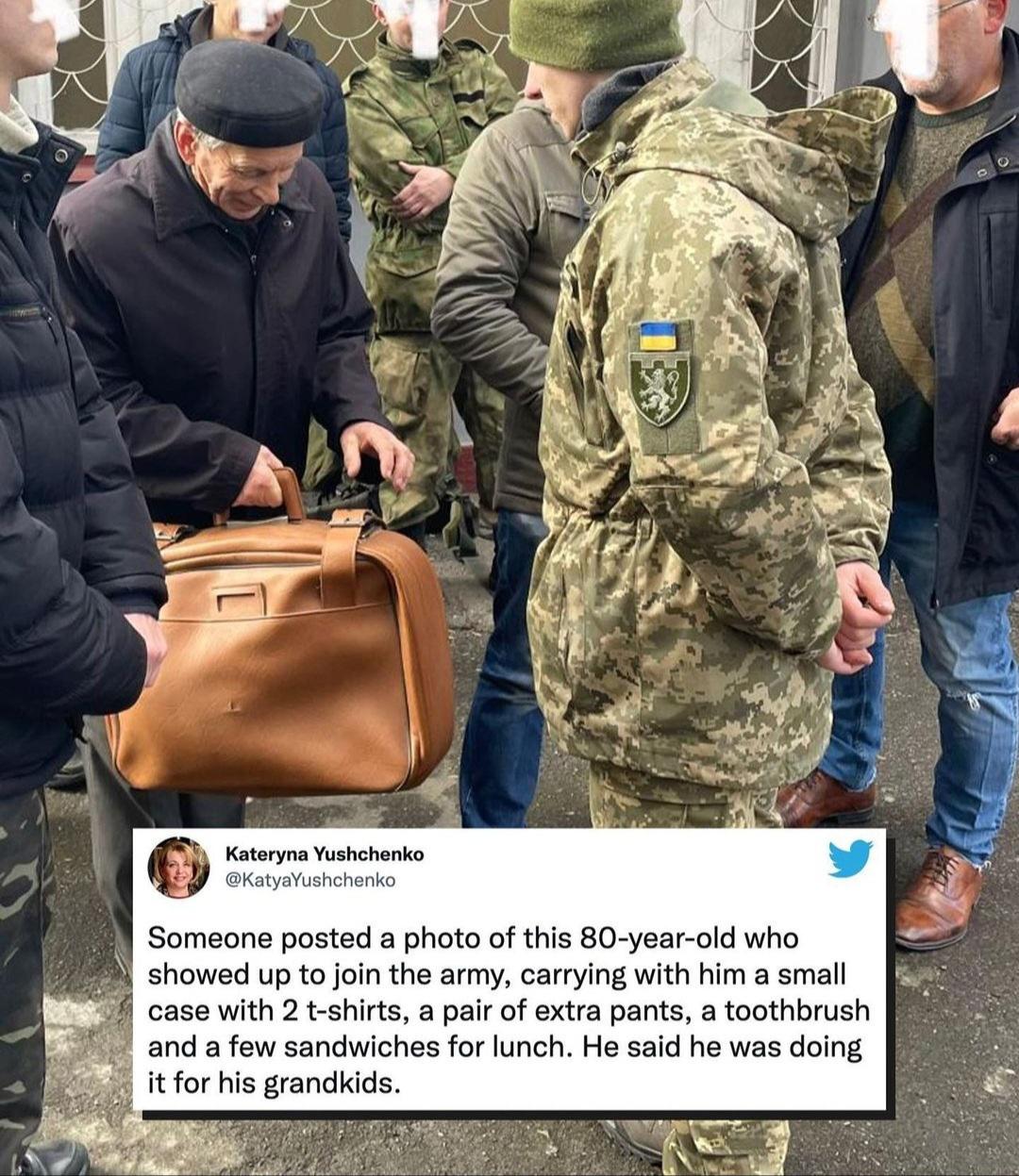 The picture of the man has also been shared on other social media sites, like Facebook and Reddit. And the response on all platforms has been electric.

Over 16,000 people have retweeted Yushchenko’s tweet with commenters piling in to praise the man’s selfless act.

80 years old = he was born when Ukraine was part of the USSR and it was fighting against Nazi occupation. 1991: he saw the independence of Ukraine. The things this man has seen & survived. Now heâs willing to do what men doâfight against anything that threatens those they love.

Ukraine still has military conscription in place, so if this man is a Ukranian citizen it’s highly likely he has fought for his country before.

Ukraine has relied on conscription since its independence from the Soviet Union in 1991.

Conscription was briefly ended in 2013, however, following the Russian military intervention in the country in 2014, it got reinstated.

On February 1, 2022, President Volodymyr Zelensky signed a decree that stated conscription will end by January 1, 2024.

Meanwhile, the country is under dire threat from Vladimir Putin’s forces.

As of Thursday night, 137 were killed and 316 wounded, but there are fears these number will have risen significantly after fresh fighting and bombing over night.

Troops have poured in from the Crimean peninsula and assaulted border guards head on along the eastern and northern borders too.

There are reports in gun battles in areas around Kyiv and troops are preparing to defend the city amid the sound of air raid sirens.

Previous Sad! She got really sick. Celine Dion has lost a lot of weight and is paralyzed of pain
Next Mother of one thinks she’s pregnant. Instead, she gives birth to cancer tumor