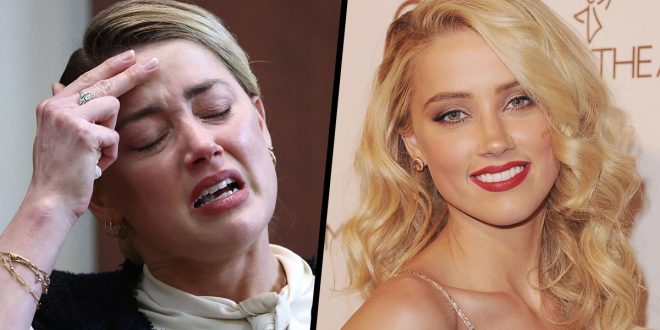 The dress that Amber Heard wore back in 2012 which allegedly caused a fight with Johnny Depp has gone viral.

Heard said that the dress made her feel “beautiful” but alleged that Depp had different opinions on it.

Scroll on to find out more…

Now, we all know Johnny Depp has been through a lot these past couple of years…

The Kentucky-born actor, who has been renowned in Hollywood since the 1990s, has been embroiled in a highly publicized domestic abuse scandal with his ex-girlfriend, Amber Heard, for the last 5 years.

At first, this coupling seemed to be at the start of a promising relationship.

After meeting on the set of The Rum Diary in 2011, the actor started dating Texan actress and model, Amber Heard, shortly after calling it quits with his long-term partner, Vanessa Paradis.

They announced their engagement in 2014…

And, not ones to waste any time, they hastily tied the knot just one year later in February 2015.

However, it was here when things started to go a little ship-shaped.

Their honeymoon period was rather short-lived as, just months after their marriage, Depp reportedly suffered a hand injury as a result of “smashing bottles and windows” during a heated argument with his wife.

For the next year, various reports of abuse between the pair continued to surface…

So it came as no shock when Heard filed for divorce in March 2016, just fifteen months after the couple had initially exchanged their “I do”s.

At first, the divorce seemed unsuspicious…

Many news outlets reported that Heard had cited “irreconcilable differences” while filing the divorce petition.

But, only a few months into their separation…

Heard filed a restraining order against Depp, claiming that he had previously assaulted her.

It was a big allegation to make…

So people were confused when Heard retracted her allegations just one day before the hearing was due to be held.

But this didn’t stop the world from turning against Depp.

Heard had alleged that the actor had hit her on several occasions, and even provided video footage of him flinging a glass of wine across the room in a fit of rage.

And, in 2018, the actress penned an article for The Washington Post where she opened up about her experience with domestic abuse and violence.

Though she didn’t explicitly name Depp in her op-ed, she did allude to the time period when, “two years ago, I became a public figure representing domestic abuse, and I felt the full force of our culture’s wrath for women who speak out.”

There was an outpour of support for Heard…

Who was even made the American Civil Liberties Union’s “Ambassador for Women’s Issues.”

And, despite profusely denying all the allegations against him…

Depp found his career taking a hit as a result of the ongoing scandal.

Fewer and fewer directors were hiring Depp for roles…

And his appearance in J.K Rowling’s Fantastic Beasts sequel, The Crimes of Grindelwald, was heavily criticized.

And, in 2018, he was dropped from his iconic role as Captain Jack Sparrow.

In a career-shattering announcement just 4 days after Heard’s damning article, Disney announced that the actor would no longer be a part of the Pirates of the Caribbean franchise.

It was widely assumed that Disney, who has earned over $4.5 billion at the box office from the Pirates franchise, was trying to distance themselves from the actor and the scandal surrounding him.

But then, there was a sudden change in events.

Depp filed a $50-million defamation case against Heard and presented evidence that he was the one on the receiving end of the abuse, not the other way around.

Shockingly, the actor alleged that he was the victim all along.

Depp’s defamation lawsuit read: “The op-ed [Heard’s article] depended on the central premise that Ms. Heard was a domestic abuse victim and that Mr. Depp perpetrated domestic violence against her.”

And listed down incidents of Heard’s alleged abuse since the start of their marriage, including punching and kicking, as well as staging her attacks.

The allegations are difficult to read.

“She hit, punched, and kicked me. She also repeatedly and frequently threw objects into my body and head, including heavy bottles, soda cans, burning candles, television remote controls, and paint thinner cans, which severely injured me.” His lawsuit read.

And, to tarnish the actress’ reputation and credibility even further…

Audio obtained by the Daily Mail was released that heard her admitting to attacking Depp.

As per the audio clip, she could also be heard taunting him…

“You are such a baby. Grow the f*** up, Johnny. You poke an animal enough, it is eventually, it doesn’t matter how friendly it is, it’s not cool,” Heard can be heard saying.

The case was grueling…

Depp then went to court for his libel case against The Sun newspaper – whom he is suing over a 2018 article in which he was described as a “wife-beater.”

The pair were in court as part of the 3-week long trial.

While in court, both parties played pretty dirty, revealing compromising photographs of each other which have blown everything out of the water, yet again. And of course with the evidence came more allegations.

And he lost the case.

Of course, this massive loss was terrible for the actor’s name…

To make it look like he was repeatedly abusing her, when in fact, according to Depp it was the other way around.

As per Page Six, lawyers working on the case claim that Heard altered photos making her appear to have 2 black eyes…

Alleging she was attacked by him in 2015.

He also shared that he believes the LA Police Department “disavowed the photographs” that were previously given to the court and “did not depict what they saw.”

Chew revealed that the LAPD “found no injury upon Ms. Heard and no disruption to the penthouses” upon inspection…

“Ms. Heard and her friends then fabricated photos that she used to obtain an ex parte TRO [temporary restraining order] and a $7 million divorce settlement which Ms. Heard falsely testified in London she gave to the ACLU and, more scandalously, to the Children’s Hospital of Los Angeles; sick children with cancer,” he added.

Chew concluded that someone “doctored those photographs.”

“So, Ms. Heard or someone on her behalf doctored those photographs three years later. When that came up in her testimony in London, Ms. Heard falsely denied it. In short, Your Honour, without forensic imaging Mr Neumeister cannot properly assess or verify Ms. Heard’s data,” Chew added.

Since Chew exposed Heard’s alleged false claims, the court has granted Depp and his lawyers access to her phone records…

They will also be analyzed by Brian Neumeister, who is a tech expert.

And, we’ve seen some huge celebrity names in the defamation case between the two actors.

There are many more who have been dragged into the defamation case.

Paul Bettany will be a witness for Depp.

And, according to Cinemablend, Heard’s legal team will use Bettany’s texts with Depp against them, displaying violent language targeted at Heard.

There will be text messages and email conversations between Heard, Jason Momoa, and James Wan, as per the news outlet.

There are also emails logged from author JK Rowling and guitarist Jack White.

Who else is involved?

Ellen Barkin, an American actress, will be on Heard’s witness list, and she has spoken up about Heard’s allegations in the past.

“Amber Heard was never enough of a victim,” she wrote.

“And we never will be… Unless we’re dead,” she continued.

Depp is suing Heard for defamation, claiming that his reputation has been tarnished because of the things she has said during their battle.

And Heard is countersuing him, which is why so many big names have been dragged into the case, as well.

Now, since the case began, a lot of people have taken to the stand…

Depp took to the stand at Fairfax County courthouse where he described Heard’s claims as “heinous and disturbing,” LADbible reports.

He said that her allegations were “criminal acts against me that were not based in any species of truth.”

Depp went on to deny striking Heard and any woman in his life.

“Never did I myself reach the point of striking Miss Heard in any way, nor have I ever struck any woman in my life,” he told the court. “Since I knew there was no truth to it whatsoever, I felt it my responsibility to stand up, not only for myself in that instance, but stand up for my children.”

Depp then further detailed the effect that the allegations had on his children.

“I thought it was diabolical that my children would have to go to school and have their friends or people in the school approach them with the infamous People Magazine cover with Miss Heard with a dark bruise on her face,” he said.

He also added that his goal is “the truth” and that he isn’t embarrassed because “I know I’m doing the right thing.”

Depp has since returned to the stand where he has revealed more about his time spent with his ex-wife, Amber Heard.

There have been admissions about his severed finger, audio recordings of fights, and text messages revealing horrific desires.

After thirteen days, Depp’s legal team rested their case on May 3rd.

However, in a shocking turn of events, Heards legal team tried to have the case dismissed.

On May 3rd, Heard’s legal team argued for the case to be dismissed.

According to the Independent, the dismissal wass argued on the grounds that Depp’s legal team had not proven malice and that headline for The Washington Post op-ed was not written by Heard.

But, despite the attempts for dismissal, it was denied.

The outlet reports that Judge Penney Azcarate denied Heard’s attempt to dismiss the case striking 2 motions while keeping one under advisement.

Subsequently, the trial continued, and on May 4th, it was Heard’s time to take to the stand for the first time.

Heard took to the stand to give detail about the alleged abuse where she recalled a number of alleged incidents of violence.

Heard also detailed one incident in which she alleged that her choice of dress, which has now gone viral, angered Depp.

According to It’s Gone Viral, Heard claimed that Depp was angred by the dress she wore to the 2012 Art of Elysium’s 5th Annual Heaven Gala charity event.

The dress was a gold, shimmering, floor-length gown.

It was also low cut.

According to the outlet, Heard discussed the fight the dress caused as she told the court: “I wore a dress to an event once and I felt beautiful in it.”

“Stupid as that sounds, I felt pretty in this dress I picked out and I showed him,” she said. “I thought it was weird he wasn’t saying anything about it.”

Heard said that after she “left him to go do this red carpet,” she asked him: “Did you see the event I went to?”

“Basically, I felt pretty and I wanted him to say something about that I guess.”

The outlet reports that Heard said to the court: “My dress was low-cut, I get it, it was low-cut, but I felt really embarrassed and horrible that I wore that. I felt like how could I have made that choice, of course he’s right.”

Previous The proof they found after they “dug” in Meghan’s past!
Next Experts Decide Who They Think Is Winning the Johnny Depp, Amber Heard Trial So Far