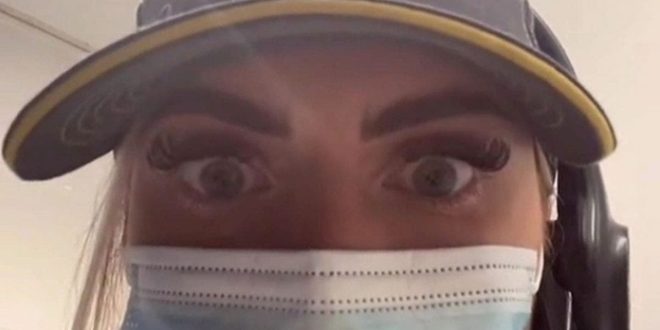 A McDonald’s worker has lifted the lid on some of the secrets of the drive-thrus, from hidden camera to listening to your conversations

Whether you’re hungover or you need a pick-me-up, there’s truly nothing better than pulling up to the golden arches and treating yourself to a Big Mac meal without even having to get off your bum.

But, while venturing through the McDonald’s drive-thru is undoubtedly a luxury that many of us could never live without, it’s fair to say we’ll never be able to whizz round for a cheeky McFlurry in the same way ever again.

That’s because one McDonald’s worker has lifted the lid on a number of drive-thru secrets we were blissfully unaware of, from hidden cameras, to our private conversations.

It turns out there’s a lot we didn’t know about drive-thrus.

The fear is now real.

Taking to TikTok, @secretfitzz, revealed that while we’re sitting there with last night’s make-up on, stewing in our hungover filth, the Maccies drive-thru is actually taking secret snapshots of our unsuspecting mugs. And, not only that, they’re listening to our conversations too.

“The fact people don’t know we can hear your convos even when we aren’t speaking to you taking your order,” the TikToker explained.

“And we have a camera at the speaker that takes a picture of you so we know whose order is whose.”

She added: “Seeing the mugshots of random people makes my day.”

Perhaps unsurprisingly, many people were left feeling panicked at the prospect of their monstrous mugshots and secret conversations being readily available to McDonald’s employees.

“If this is true, I’m never going again,” one TikToker commented, while another added: “New fear unlocked: Drive-thrus.”

Meanwhile, a third joked: “How can you hear my convo when you can’t hear me screaming into the mic from 5cm away?”

Previous The story of Lizzie Velásquez – this is her today in 2022
Next Mom Hides Microphone In Autistic Son’s Backpack, One Day Later, 2 Abusive Teachers Are Fired