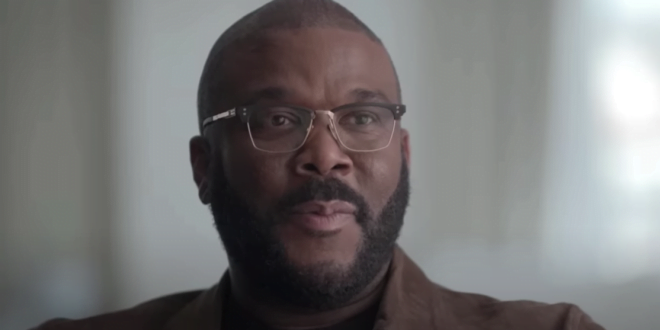 Lilibet Diana’s Godfather Has Been Revealed

The newest Netflix docuseries featuring Harry and Meghan caused quite a stir as all the six episodes are now available to stream.

The Sussexes told their side of the story but things have been pretty quiet across the pond as neither Buckingham Palace nor Kensington Palace offered any comments regarding what was said.

One of the things that caught the attention of many concerns sweet Lilibet. Among the rest, Harry and Meghan revealed who their daughter’s godfather is.

Meghan and Harry first met 53-year-old filmmaker Tyler Perry back in 2018 when he sent her a letter of support amid the drama with Meghan’s father, Thomas Markle, that preceded the royal wedding.

Back then, photos of him getting ready for the wedding emerged and later it turned out that they were staged as photographers paid him for them. That resulted in a row between the father and the daughter and Thomas didn’t attend the wedding.

While Meghan was going through the ordeal, Perry offered his support and sympathized with her.

After they got in touch, Meghan opened up to him of her struggles with the media. “To tell Meghan that I felt her feelings were valid, [that] hurt. I didn’t want to have to say that to her — I didn’t want her to feel that. But I didn’t want to lie to her,” Perry said.

“To use the institution to try and do all the things that a batterer would do — like, ‘Here’s what we’re gonna do: We’re gonna cut off the money, we’re gonna not leave you security, we’re gonna do all those things to make you comply and come back,’” Perry continued, and added that the couple was ‘abused’ by the Palace.

When the Sussexes decided to step down from their royal duties and settle in the States, Perry offered them one of his LA homes.

Being at a place they could call home, even for a while was a bliss for Harry and Meghan. No one knew where they were exactly and they could experience a normal life.

Speaking to Oprah, in the infamous interview during which many allegations were made against the Firm, Meghan said, “We didn’t have a plan. We needed a house and he [Tyler Perry] offered his security as well, so it gave us breathing room to try to figure out what we were going to do.”

For everything he did for them, Harry and Meghan honored Perry the best they could, by asking him to be Lili’s godfather.

He was totally surprised by the offer, to say the least.

“I go, ‘Okay, what’s going on?’ They said, ‘Well, we’d like for you to be Lili’s godfather.’ I go, ‘Whoa.’ I had to take a minute to take that in. And I thought, ‘I’d be honored. I’d absolutely be honored,” Perry said in the documentary series.

“I called them back and go, ‘Uh, hold on a second — does this mean we gotta go over [to the U.K.] and do all of that in church with [the royal family] and figure all that out? ‘Cause I don’t wanna do that. ‘Maybe we can do a little private ceremony here [in the U.S.] and let that be that,’” Perry continued.

The episodes of the documentary are available on Netflix.

Previous Ashley Bratcher from ”My 600-Lb Life”: This is her life today
Next Kathy Bates Health: Actress ‘Went Berserk’ After Diagnosis Of ‘Incurable’ Condition