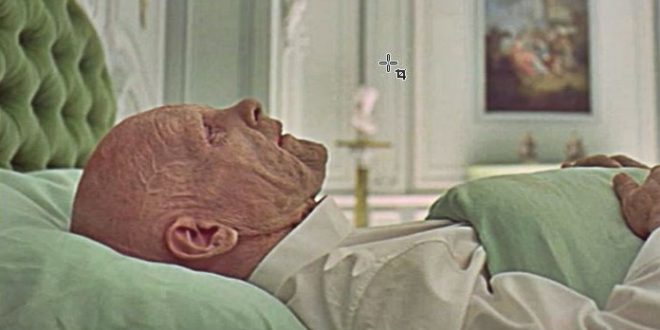 A research reveals your body knows when death is near, and it all starts in the nose

Despite years of research and the advance of techology, there are some things about human’s body that still remain a mystery for doctors and researchers. Knowing how complex our bodies are, this doesn’t really come as a surprise.

As some of us have what we call a sixth sense and can predict things in advance, a recent research revealed that we can also sense when death is approaching. Scientists say that when someone dies, the body immediately begins to break down. During these moments, putrescine, a foul and toxic scent that is the result of decomposition, is released. Apparently, humans subconsciously recognize this putrefying odor. Not only that, the scent, when released, causes an immediate response.

Two researchers, Arnaud Wisman from the University of Kent’s School of Psychology in Canterbury, UK and Ilan Shira from the Department of Behavioral Sciences in Arkansas’ Tech University in Russellville, AK, say that just like animals, humans can sense scents and then act accordingly. At the end of the day, that’s part of survival across the species.

When humans are exposed to the odor of putrescine, they express a conscious and subconscious reaction to it.

Some of the experiments conducted by these two researchers revealed that when people are exposed to the scent of putrescine, they move away, just like the animals which either run away or fight when they sense danger.

“We do not know why we like (or dislike) someone’s smell, and we’re usually not aware of how scent influences our emotions, preferences, and attitudes,” Wisman and Shira explain.

“It is hard to think of a scent as frightening,” other researchers claim. However, scents do make people more vigilant of their surroundings.

Sex pheromones, which are defined as odors produced by either males or females, that stimulate one or more behavioral reactions in the opposite sex, bringing the males and females together for the purpose of mating are just another example of the effect of scent at humans.