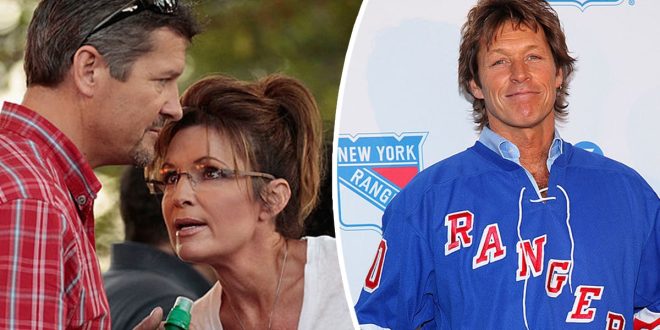 Sarah Palin was a name you simply couldn’t avoid if you tuned into the news during John McCain’s presidential campaign in 2008.

The former Governor of Alaska was plucked from obscurity to be McCain’s running mate, and despite losing to Barack Obama, Palin was described as a “force of nature” in Republican politics. 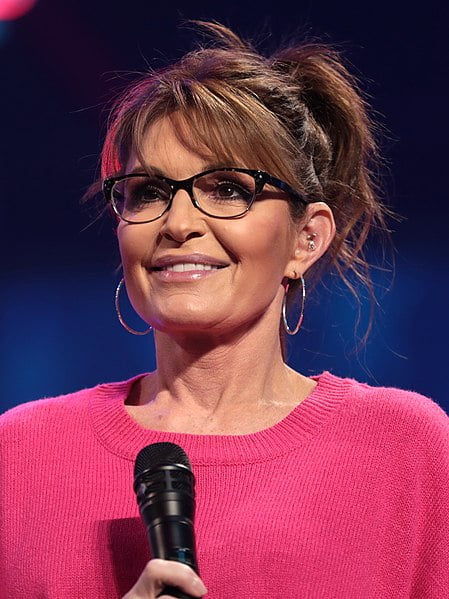 Although Palin, 58, is still politically involved in the Republican party, headlines in recent years have been centered more around her private life.

In 2020, after three decades of marriage, Palin announced that she and her husband were divorcing. Details of the breakup were quite shocking, but now the former Republican vice presidential nominee has shed more light on her high-profile split.

Sarah Palin was born in Sandpoint, Idaho, in 1964, but moved to Alaska with her family when she was only a couple of months old. She grew up in the small town of Wasilla, about 40 miles north of Anchorage.

As a basketball star at Wasilla High School, Palin was a natural-born leader, and became a famous face in the corridors.

“I know this sounds hokey, but basketball was a life-changing experience for me. It’s all about setting a goal, about discipline, teamwork, and then success,” she once said.

Sarah would also meet her future husband, Todd Palin, in high school, at a basketball game. In August 1988, she eloped with her high school sweetheart as they slipped away to the local courthouse.

There, though, Sarah and Todd learned that they had to have witnesses. After convincing two people from the pioneers’ home across the street, the young lovebirds could finally tie the knot. 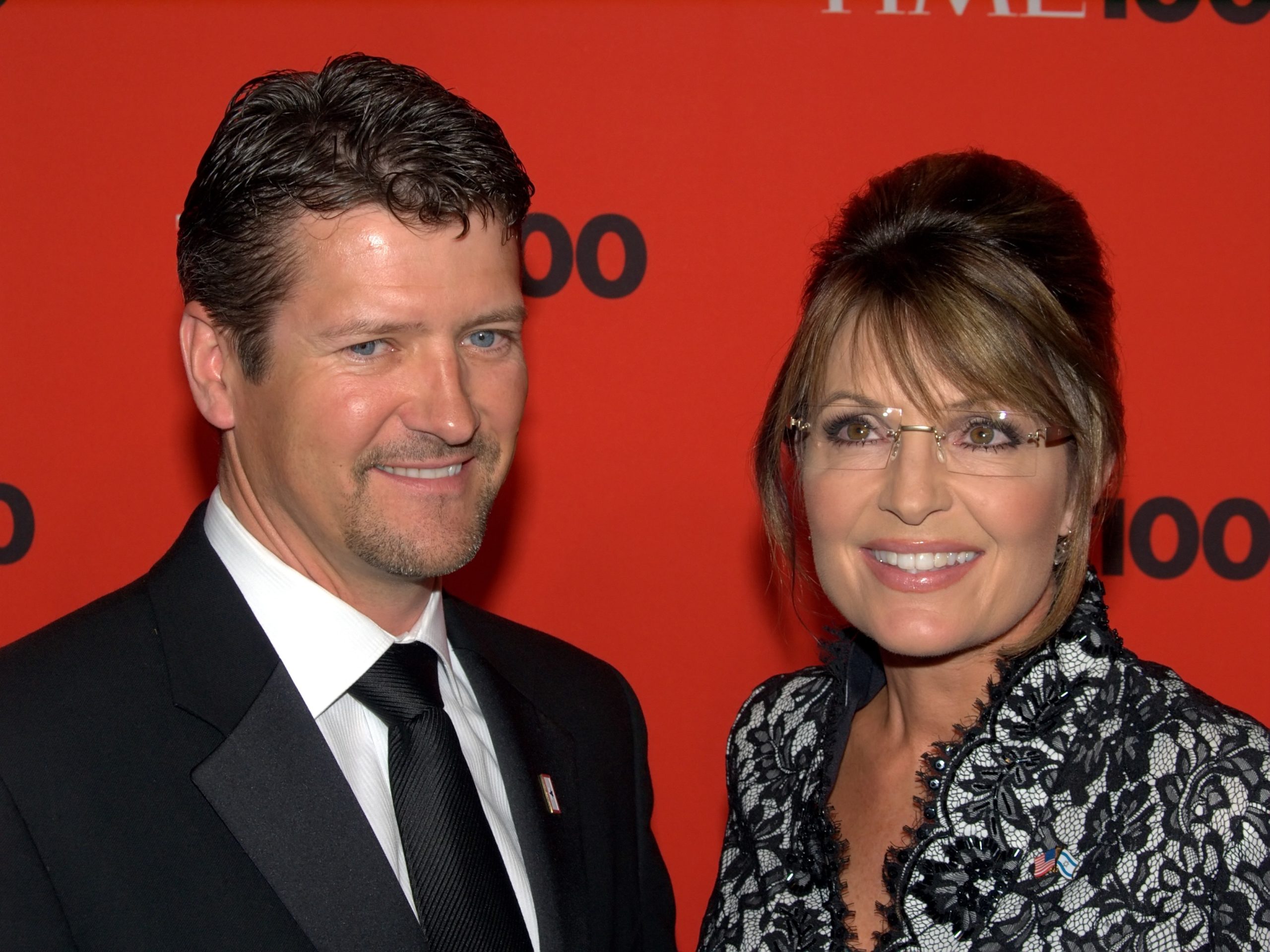 According to Sarah, they eloped because both she and her boyfriend were poor at the time. They didn’t want their parents to pay the bill for a wedding, the ex-Alaska governor told Anchorage Daily News in 2008.

Palin’s great interest in sports is reflected in her children’s names; Her daughter Willow is named after the legendary female sports journalist, Willow Bay, who covered the NBA. Bristol, her eldest daughter, is named after the town where ESPN is based.

Palin, who has been a registered Republican since 1982, worked as a journalist and helped run Todd’s family’s commercial fishing business before she entered politics in 1992.

With her folksy personality, she charmed many people, and convinced a lot of people to vote for her. In 2006, she made the history books as the first woman and youngest governor of Alaska.

She always had great support from her husband, who liked to call himself the “First Dude” while Sarah was governor. But, according to friends of the family, Todd wasn’t interested in bragging about his wife and her administration.

“He was almost embarrassed about it or shy, I guess,”, Scott Davis, one of Todd’s closest friends, told New York Times.

He added: “It never changed him one iota. It took him a little while to adjust to the attention.” 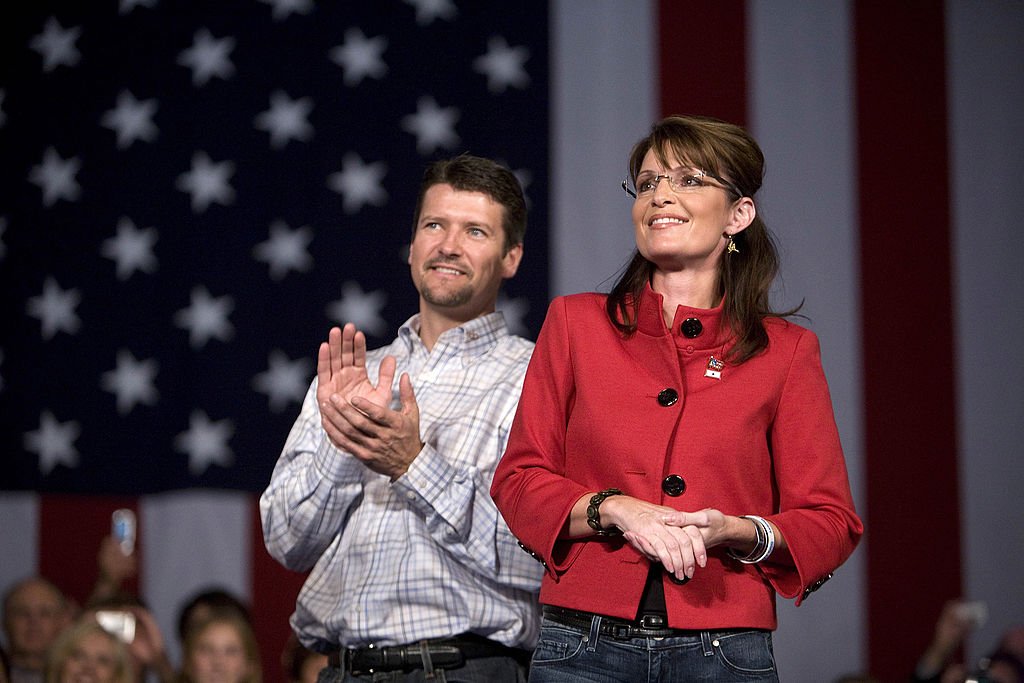 Tom, who is part Yup’ik Eskimo, has always had a lot on his plate. He worked in oil production and was a member of Alaska’s Independence Party from 1995 to 2002. He is also a four-time champion of the world’s longest snowmobile race, called “Iron Dog.”

The Palin family lived in a two-story, 3,450-square-foot dwelling house just opposite Lake Lucille, Wasilla. Over the years, Sarah and Todd’s marriage was considered a model union. When John McCain picked Sarah as his running mate in 2008, Todd was very visible, but he also took a greater role in caring for their children.

The little-known Alaska governor depicted herself as “just your average hockey mom.” But just like every mother, Palin had things to worry about when it came to her and Todd’s children. 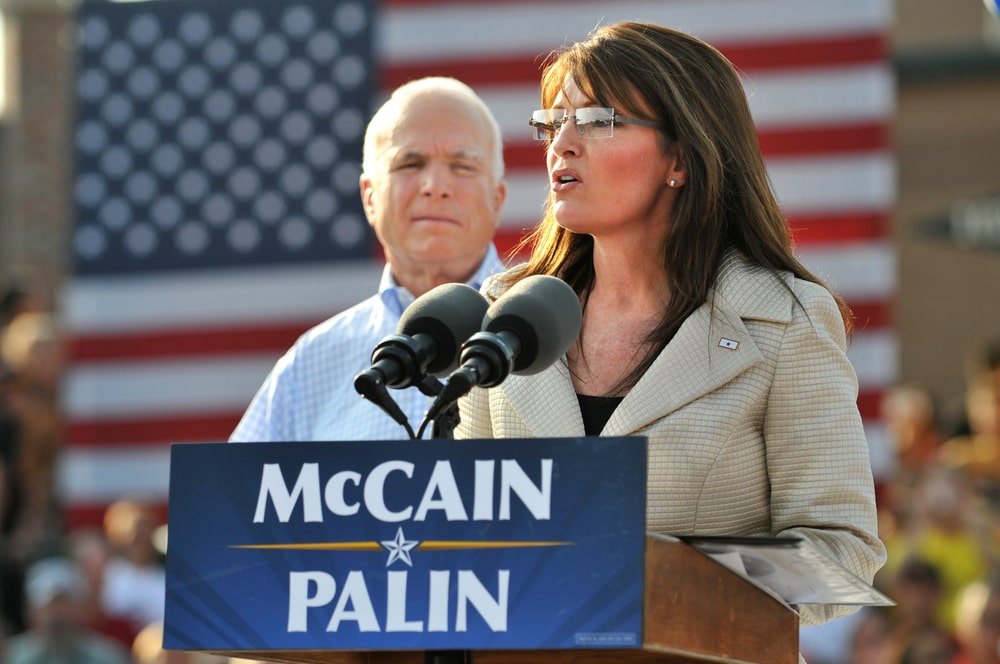 It shook the Palin family, a very Christian household, to the core.

”Trig was a 16-week-old baby at the time. Bristol in high school, teenage and pregnant. We were just a microcosm of America. We were up there on stage and I just thought ‘Oh man…who’da thunk?”

Sarah Palin to DailyMail in 2018
According to the child’s father, Levi Johnston, Sarah was desperate to keep Bristol’s pregnancy a secret. She even wanted to adopt the baby.

“Sarah told me she had a great idea: we would keep it a secret – nobody would know that Bristol was pregnant,” he told Vanity Fair magazine in 2009.

After the news broke, Sarah and Todd released a statement declaring that they were ”proud of Bristol’s decision to have her baby and even prouder to become grandparents.”

Bristol is now 31, a mother of three and she runs a real estate company in Texas – so she has definitely succeeded in life.

In the eyes of many, Sarah Palin and Todd lived together in harmony and shared good, Christian values. Sure, they had gone through a lot and faced media storms and family-related hardships – but three decades of marriage is a sign of strength and love.

But just a few days following their 31st wedding anniversary in 2019, Sarah claims that she got a divorce notice from her husband via email.

After all those years together, finding out through a third party left the mother of five and grandmother of seven heartbroken. 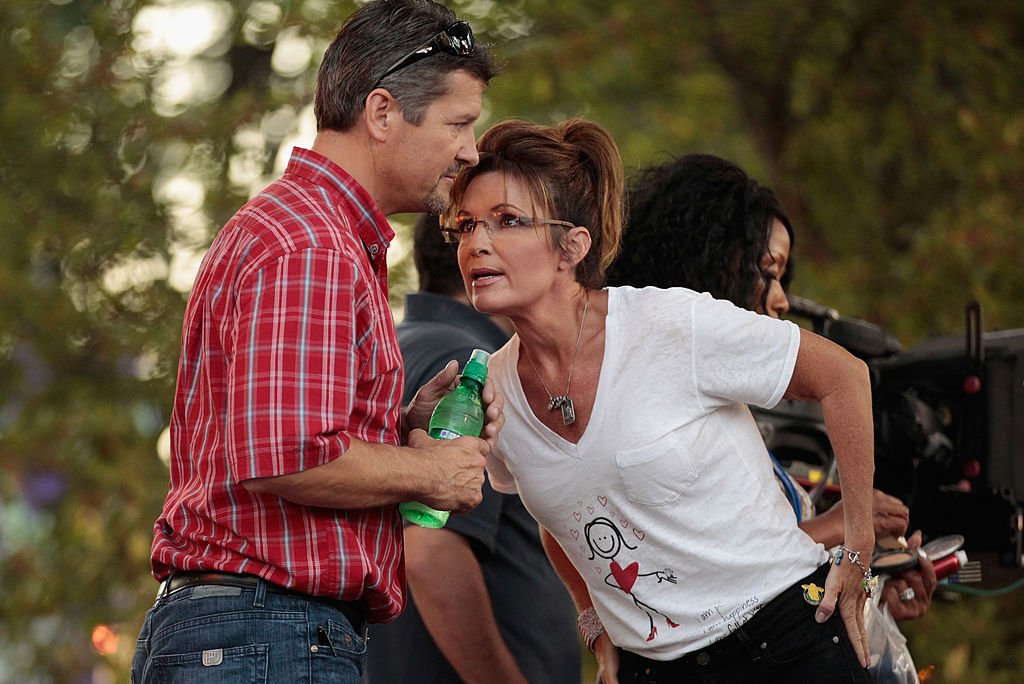 “I found out from an email from an attorney saying that she was hired and that was on June 19; I’ll never forget it… Oh, yeah. It’s not easy to talk about,” she said in an interview with Christian author James Dobson.

For a woman who considered her marriage one of the most important things in her life, it was devastating news.

“I’m sure so many of you either maybe you’ve been through it or you have people whom you love, you’ve witnessed how horrible it is. But I just think, wow, maybe except for the death of a child, I don’t know what could be more … Yeah, it hurts,” the ex-Alaska governor shared. 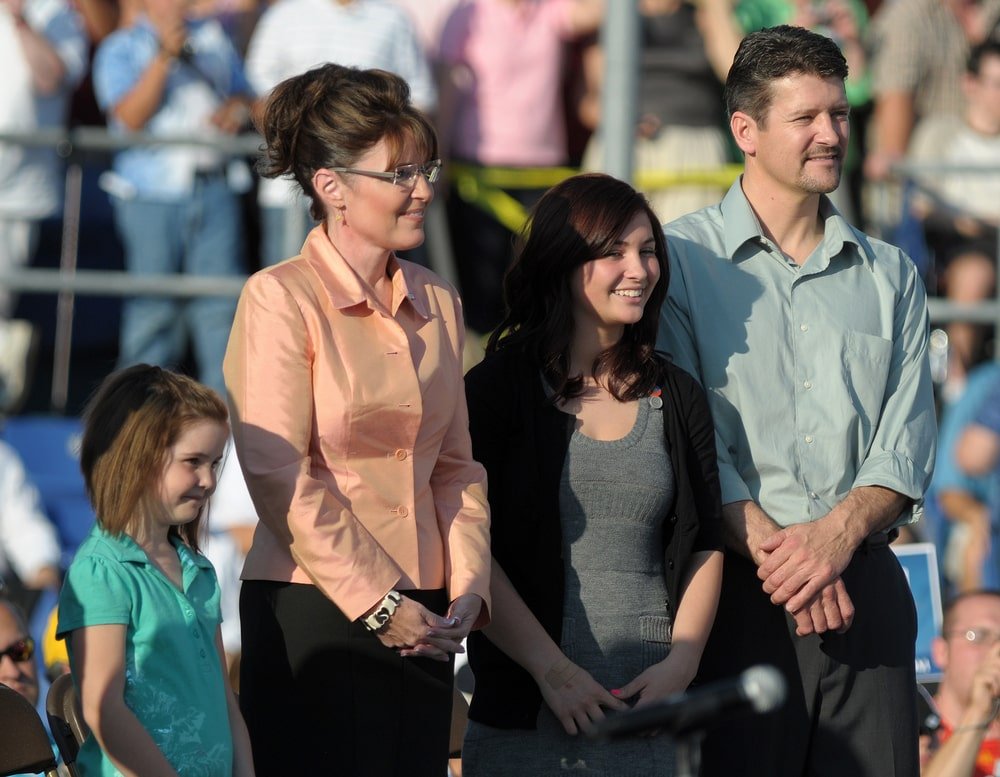 In September 2019, Todd filed for divorce citing “incompatibility of temperament between the parties such that they find it impossible to live together as husband and wife” as his reasons.

Despite this, Sarah was not ready to give up on her marriage. She wanted to fight, and did everything to repair the cracks.

“We’re going through counseling now, so it’s not over, over,” Sarah told James Dobson in November 2019.

“Attorneys are getting rich off of us and I don’t like that whole system. It makes no sense to me.” 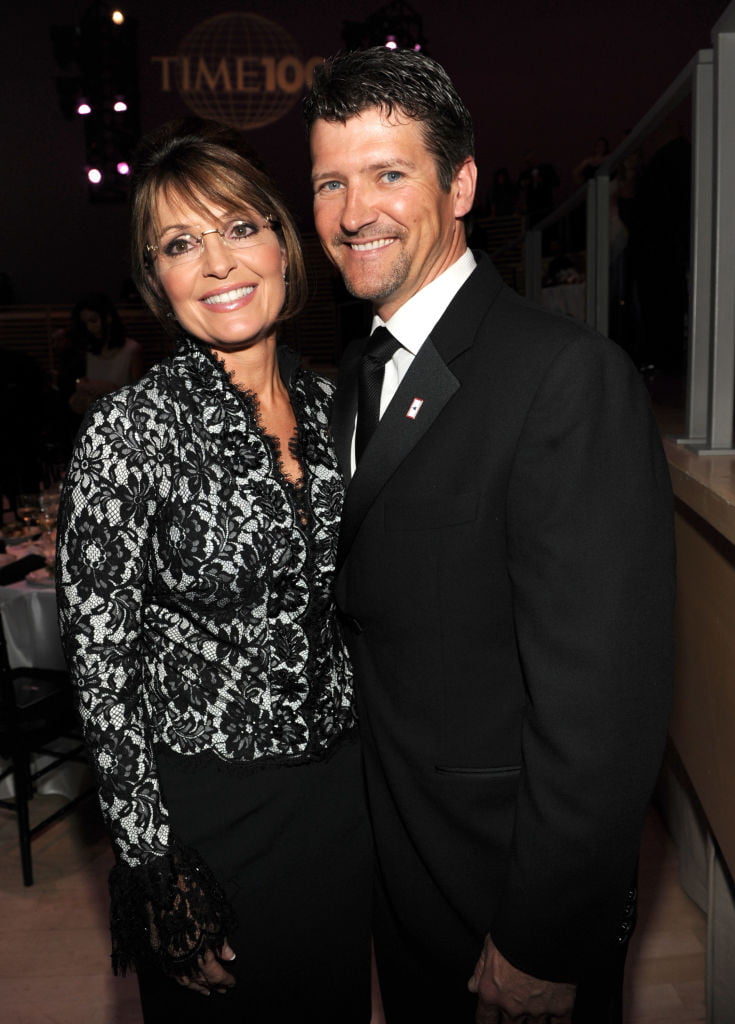 Sarah also had support from her children during this difficult time.

“My kids are cool because they don’t like it and that that helps me. It helps me. They’re not ones to say, “Oh, it takes two to tango.” No, they’re mad because they have been brought up with that teaching that you have made a covenant with God,” she said.

Divorce rumors and scandals had swirled around Sarah and Todd for years, but this time it was the real deal. Their divorce was finalized on March 23, 2020. 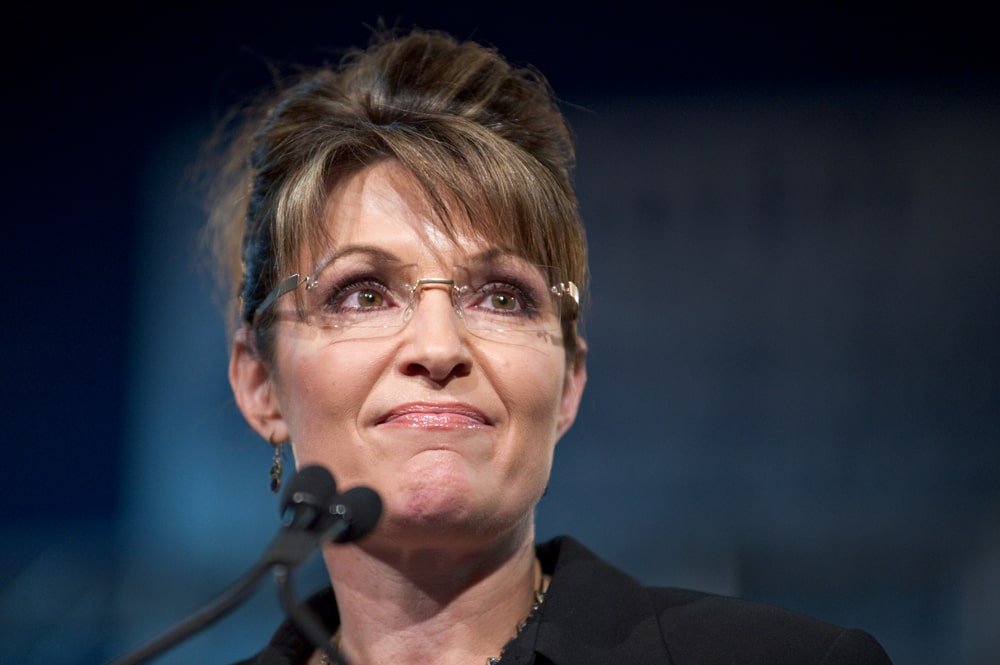 Since then, Sarah’s kept a low profile, and didn’t openly comment on her breakup. But in April 2022, she finally bared all regarding her new love and the pain of divorce.

Speaking with the New York Post, Sarah said that the shock and the scars from the split are still evident, as we can all imagine.

“It was the most earth-shattering, bizarre thing I could have ever imagined and it kind of remains so,” she said.

Today, the former spouses have minimal contact. Sometimes they talk, but it’s only because they share custody of Trig, their youngest son.

According to Sarah, her ex-husband now has a new partner who lives in New York City.

“He spends his time with his girlfriend whom he’s had for some time now …,” she said. 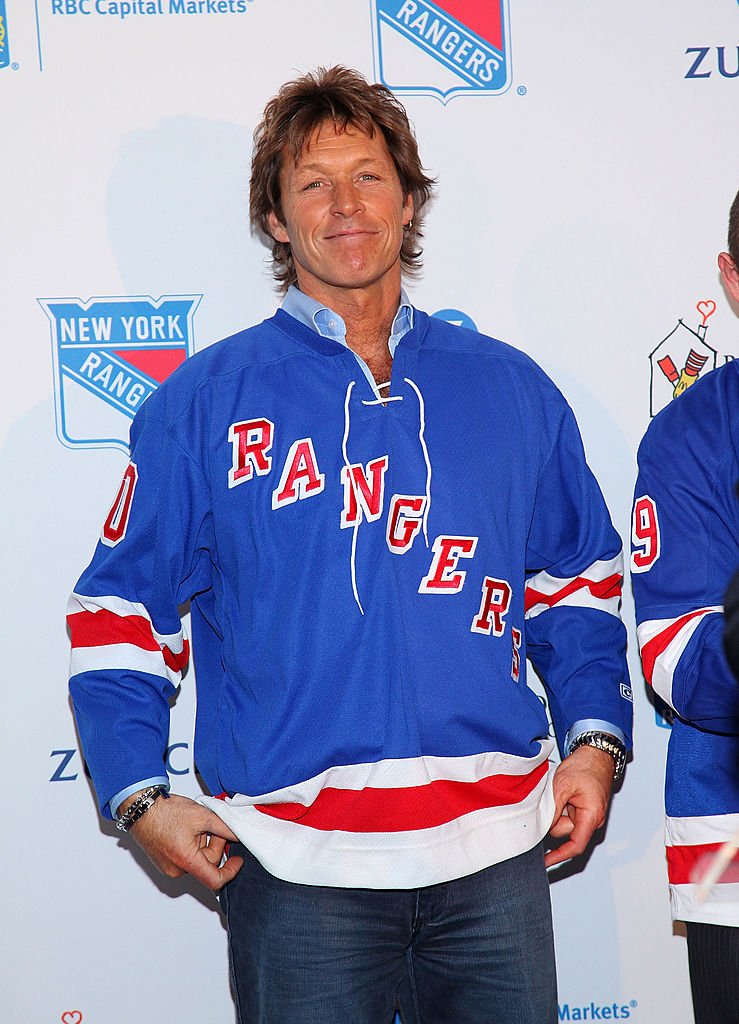 Duguay was a longtime friend of Palin’s, and they fell in love when Sarah asked him if he could show her New York City. In the interview with New York Post, she describes their relationship as “safe and comfortable.”

“Ron is the first person that I’ve ever even talked to about a lot of this personal stuff. So it’s been helpful and refreshing to have Ron to talk to about not just politics, because he’s got more common sense in his little finger than the collective in DC, but just about life,” Sarah explained.

Palin, who is now running for Alaska’s at-large congressional seat, has strong support from her new boyfriend. Duguay has helped her in Alaska and worked alongside side his new love with her campaign.

Going through a public divorce is never easy, especially when children are involved.

But we hope that Sarah can find new energy and live a happy life with her new partner!

Previous Mother Shares Photo Of Son On Facebook To Make Everyone Aware
Next Arizona Police Officers Stood By As Man Drowned In Lake: I’m Not Jumping In After You