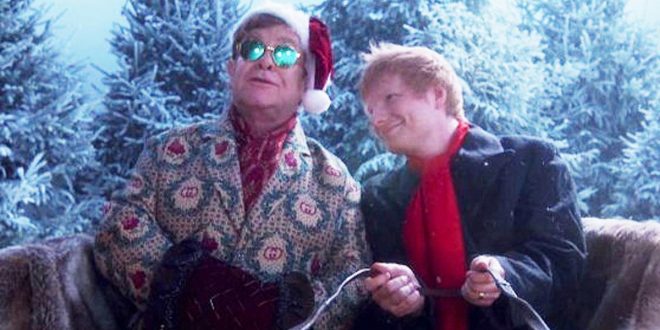 There’s not a lot of people who really dislike Christmas. After all, Christmas is a time of joy, light, and togetherness. As we know, Christmas euphoria starts quite soon in many countries including the USA. Here, people jump on the Christmas bandwagon as soon as the calendar turns to the 1st of December. As soon as we’re done with the Thanksgiving dinner, radio stations start playing Christmas songs, all-time favorites like the famous Mariah Carey’s “All I want for Christmas is you”, and the whole playlist of songs by Michael Buble.

This year, however, everything will be forgotten in my opinion because of the fact that the two music giants, Elton John and Ed Sheeran decided to collaborate on a Christmas song. The duo co-wrote the song and decided to release it on Friday, the 3rd of December 2021. They’ve also released a YouTube video that has collected more than 12 million views in less than 3 days.

Read on, and at the end of the article, we’ll treat you to the video!

If you’re following the two musicians you would have noticed that in the past couple of months the duo released a couple of teaser clips of what they’re working on grasping the attention of their fans. In one of the teasers they referenced the movie “Love, Actually” and one of its most iconic scenes – the cue card scene.

In the last teaser Ed Sheeran announced to Elton John that last Christmas he asked him to do a Christmas song together, he then goes on to reply that it’d be a great idea for 2022, but instead of waiting, he wrote the chorus at the same instance. After posting this video on his social media accounts, fans were going crazy to find out what the music giants had in store for them.

As per “Rolling Stone”, we discovered that all the profits from the music video, the global record and publishing royalties, and each and every penny that they make from the song will be equally split between the Elton John AIDS Foundation and the Ed Sheeran Suffolk Music Foundation.