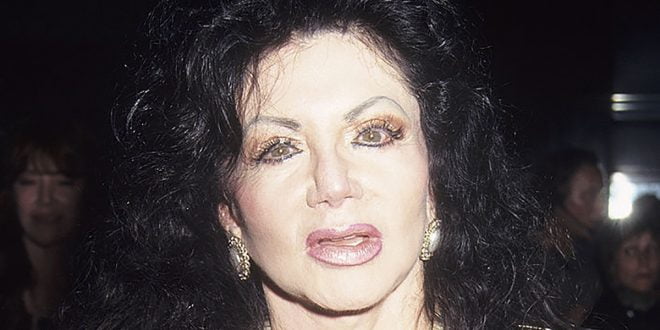 I’d be mighty surprised if anyone who reads this article doesn’t know who Sylvester Stallone is.

There are few Hollywood stars still working today that can claim to be as famous as Sly Stallone – he’s quite literally been an action movie icon for decades.

But have you ever heard of Sylvester’s mother, Jackie Stallone?

In fact, Sly’s mother has an incredibly fascinating life story of her own, and a lot about her dramatic time on this earth came to light after her tragic death in 2020. 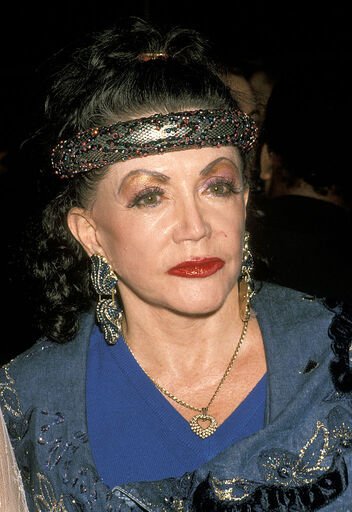 A huge personality and a mother of show business, Jackie Stallone was known for many things. We’ll say here and now that most people will probably remember her for her many plastic surgery procedures.

Towards the end of her life, however, Jackie opened up regarding her surgeries, giving people quite the surprise with her honest answers …

Jackie Stallone was born Jacqueline Frances Labofish in Washington D.C. in November 1921. Her father John worked as a prominent attorney lawyer in the capital; her mother was of French descent, a Parisian socialite from Brittany.

Her parents first met when Jackie’s father participated in the First World War. They fell in love while John was stationed in France and serving in the U.S. Navy.

As a young girl, Jackie was very active, and she had been inspired by the bodybuilder Charles Atlas when she was little. For some reason, the famous muscleman lived with Jackie’s family, and helped train them in gymnastics and weight lifting. Jackie was awestruck.

At 15 years old, she escaped from her parents’ home to join the Flying Wallenda’s act for the Ringling Bros. and Barnum & Bailly Circus. 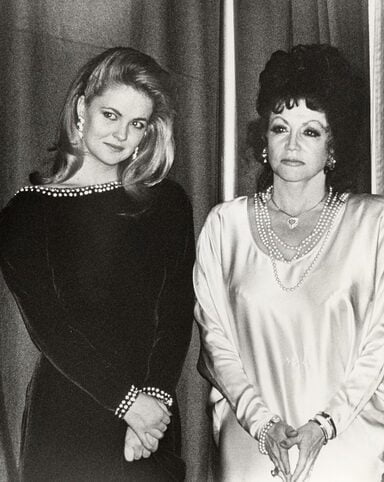 She had decided to become an acrobat. Only, her father wasn’t happy with his teenage daughter’s career move.

”My father, who was a wealthy lawyer, wanted me to go to law school. But I wanted to be onstage,” Jackie told The Times of London in 2005.

In her youth, Jackie worked as a trapeze artist. She also pursued a career on Broadway, working as a chorus singer before moving home to Washington.

Back in the capital, she started an exercise program on a local TV station. Today, it may not sound like much to the world – but the fact is that Jackie broke barriers and was ahead of her time.

Back in the 1950s, Jackie became the first woman to have a television show on exercise and weightlifting in Washington D.C.

Passionate about training and a long-time advocate for women’s fitness, she did a lot to challenge the norm. In the ’40s and ’50s, women lifting weights was still a relatively new concept – many men thought vacuuming the home was exercise enough.

In the late ’50s, when a nearby gym refused to let Jackie participate in a weight training program, she became angry – and immediately acted on her frustrations. That led to her opening a women-only gym, named Barbella’s, next door.

“Of course, the city tried to close me down every week because I had this big wooden statue of a woman saying ’Barbella’s’ – a woman with about a 56-inch bust – lifting weights, you know? That was my inducement… because for some reason o another, everyone was flatchested in Washington, D.C., in the ’50s,” Jackie told Sun Herald in 1988. 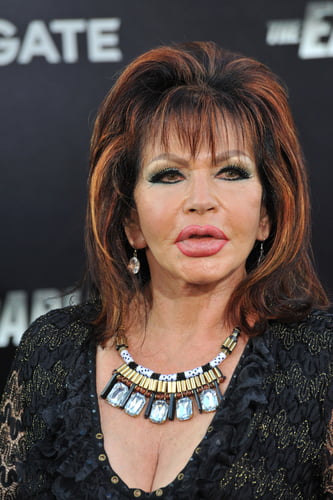 Jackie Stallone would accomplish much more in her life and long-lived career, but it is unclear how well-known she would be today without her iconic son, Sylvester Stallone.

It all began in 1945 when Jackie met hairdresser and part-time actor Frank Stallone Sr. One year later, she gave birth to Sylvester Stallone in the Hell’s Kitchen neighborhood of Manhattan, New York City.

Sly’s birth was quite dramatic, something Jackie opened up on in an interview with Female First.

“During the delivery to speed things up, they grabbed these ice-picks [forceps] and yanked the baby out paralyzing his whole head and face and part of his body. His body was so deformed it was pathetic,” Jackie said. 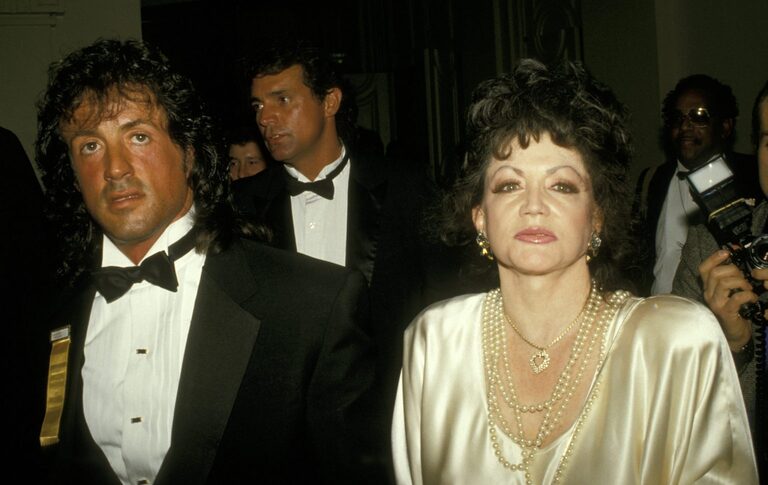 The accident left Sly with a partially paralyzed face. It also affected his lip, tongue, and chin, giving Stallone his signature, mumbling speech.

Jackie would have another son with Frankie Stallone before they got divorced in 1957. After the break-up, the matriarch of the Stallone family lived a pretty quiet life, but her two son’s kept her busy.

“It was always my children and I against the world. All through life, I was the saviour in the family. I was the mouthy one, and I had the type of children that were always in trouble,” she told Sun Herald in 1988.

As everyone knows, Sylvester Stallone would become one of Hollywood’s biggest and most successful actors. “Sly” reached superstardom via movies like Rambo and Rocky, but few knew who his mother was.

That would all change in 1989, however. First, Jackie made a name for herself after appearing in the wrestling program GLOW: Gorgeous Ladies of Wrestling. Then, during the ’90s, she embarked on a career as an astrologer, becoming a household name in the entertainment industry.

She published a famous astrology book called Star Power: An Astrological Guide to Supersuccess and then created a psychic hotline where she offered her advice for a fee.

For a while, it felt like Jackie was everywhere. She criticized her son’s girlfriends, scolded her ex-husband on TV shows, and launched lines of face masks and other beauty products.

But above all, Jackie Stallone became most famous for a somewhat less flattering reason: Her love affair with plastic surgery.

Over the decades, she changed her appearance drastically – thanks to countless lip injections and facelifts. Gossip magazines loved to revel in her unreal appearance and her assumed attempts at slowing down the aging process. Many thought that she had ruined her face with all the injections.

It has been speculated that Jackie started going under the knife in the early 1980s, but there is no concrete information as to when she had her first surgery. The fact remains, however, is that she had countless surgical procedures over the years. In an interview with the Daily Mail in 2013, the 91-year-old socialite claimed that she had 50 injections and three chemical peels.

It seemed that Jackie could not help but “improve” her appearance – even as a 91-year-old, she continued to experiment with cosmetic surgery.

Ultimately, Jackie herself realized that she had crossed a line. Towards the end of her long life, she confessed that she regretted her plastic surgeries.

“I do and actually I’ve got too much, I look like I’ve got a mouth full of nuts, it’s Juvederm (a cosmetic filler), too much of it. I feel as though I look like a chipmunk.” 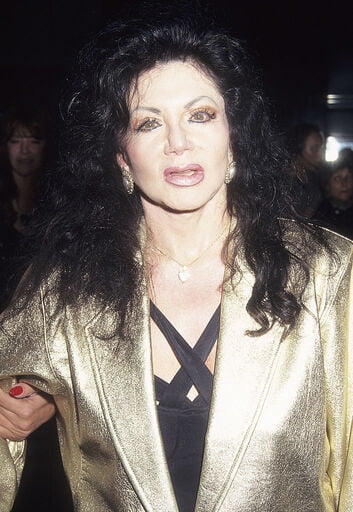 She explained Juvederm, continuing: “It plumps [you] up here (pointing at her cheeks) but it looks like you have a mouth full of walnuts.”

Over the years, the eccentric and glamorous Jackie was confronted a couple of times because of her looks. At the same time, she understood people who thought she looked strange.

“I know it isn’t normal. The papers in London are the worst. They say, ’She’s the world’s worst’, that I look like a pet bulldog. I really do. I’ve seen too much bad work.”

Jackie Stallone’s honest words came somewhat unexpectedly – it’s not very often celebrities talk openly about their beauty procedures and surgeries. And even less often, they open up and say that they regret it. 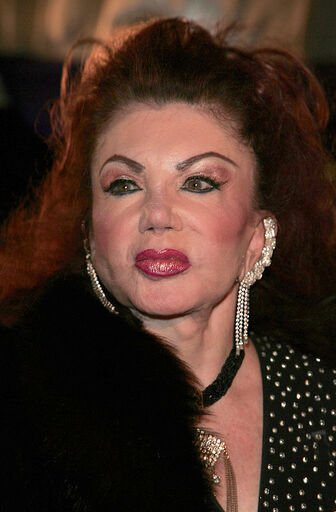 Asked in 2013 about what kind of injections she preferred, Jackie denied that she was using botox – the almost iconic anti-wrinkle product that has been a go-to for mainstream celebrities for decades.

“No Botox, I don’t need that, what I want Botox wouldn’t help. I don’t have wrinkles in my forehead, I genetically don’t have that, that’s something I can be thankful for,” she said.

Regardless of all the surgeries and procedures, Jackie has always tried to take care of herself. She stayed fit and was active until the end of her life. Jackie went to tap dancing classes three times a week, went to the gym twice a week, and then made sure she played the piano twice a week as well.

”I don’t waste my time going to silly Hollywood parties. You have to be a role model for seniors. And actually, I became a role model for the movie stars at 50, because what they dread more than anything is getting old and shot. But I get more popular as I get older,” she explained.

Even as a 98-year-old, Jackie showed off her gym sessions on her Instagram page and inspired thousands of people with her positive attitude.

In September 2020, her son Frank announced that Jackie Stallone had passed away, two years shy of 100.

In a heart-wrenching post, Frank wrote: “It was hard not to like her, she was a very eccentric and flamboyant person.

”Her mind was as sharp as a razor till the day she died. She never wore a mask a true revolutionary gal. My brother Sylvester took care of her like a Queen for all of her life. I will never be able to call my mom again or have her yell at me why I never got married. But we all loved her and her spirit to survive and prevail . I’ll miss you always mommy.”

Jackie Stallone cause of death

Jackie died in her sleep, in her home in Los Angeles. According to The Sun, she passed away from unknown causes. Well-known tabloid TMZ wrote that “the exact circumstances surrounding her death are still unclear”.