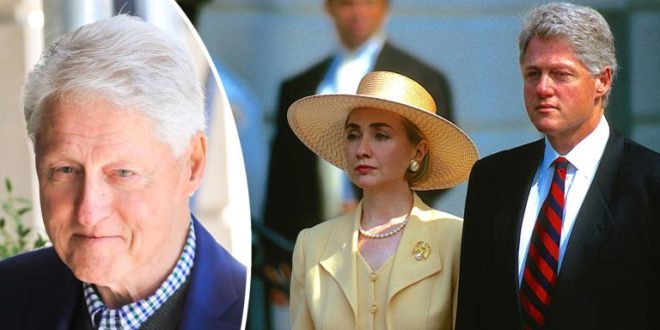 After being inaugurated as US President in 1993, Bill Clinton rose to become one of the most well-known individuals in the world. Since then, the politician from Arkansas has had a long and fruitful career, though a significant portion of his tenure in the White House was overshadowed by the scandalous affair with intern Monica Lewinsky.

At the same time, Bill has been wed to Hillary Clinton for more than 45 years despite the affair, which was unquestionably a huge scandal. The two have remained by one other’s sides through many difficult moments since they first met while attending college.

As it turns out, Hillary wasn’t sure about marrying Bill in the first place – it took him three times of asking before she said yes.

Here’s all you need to know about Bill and Hillary Clinton’s marriage. 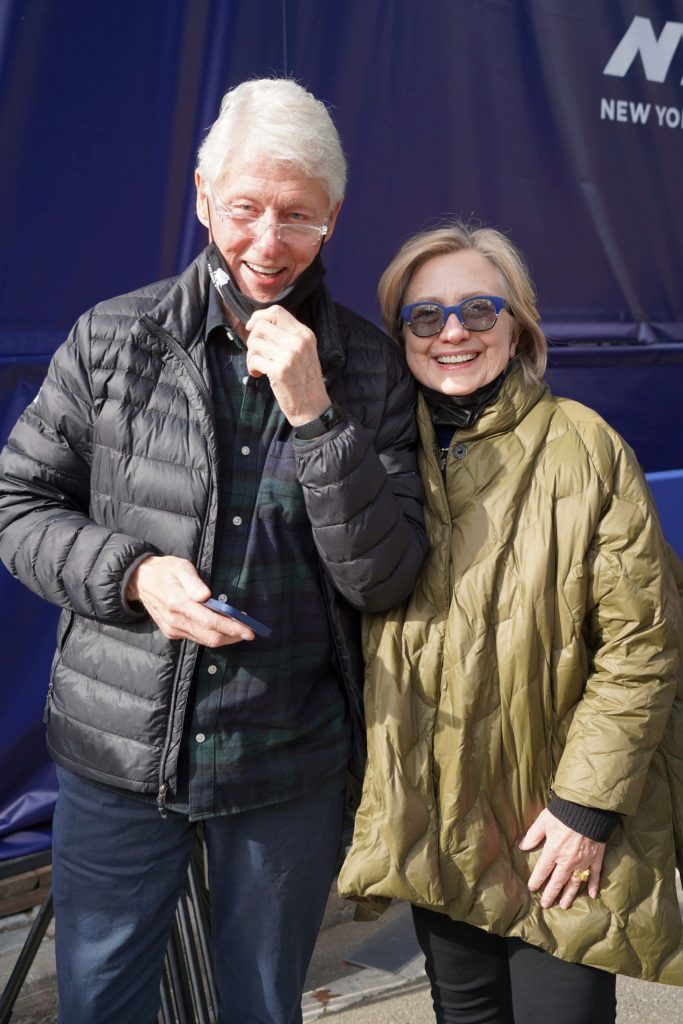 At the time, his mother, Virginia Kelley, had experienced an immense tragedy, as his father passed away in a traffic accident just three months before Bill was born.

When he was four years of age, his mother married Roger Clinton.

However, his stepfather wasn’t a good man at all. Reportedly, he was always drunk and beat Bill’s mother.

“This sounds crazy but I never hated my stepfather, Roger Clinton. Even after he pulled the trigger in here, when he was drunk, even after he beat my mother — even after I got big enough to stop him from beating my mother,” Bill said.

“I had some understanding that he was a good man and couldn’t whip his drinking problem. And that he was full of demons that he couldn’t control it and he took it out in destructive, hateful ways. I hated what he did, but I never hated him.”

At school, he never told any of his friends what was happening at home. In his book, Bill Clinton wrote that he was living “two parallel lives” from his childhood into his adult years, all the way to when he became a politician. What his stepfather did was his dark secret.

Despite what Roger Clinton did, Bill decided to take his last name when in high school. He kept the first and second names of his biological father, William Jefferson, but not his surname. 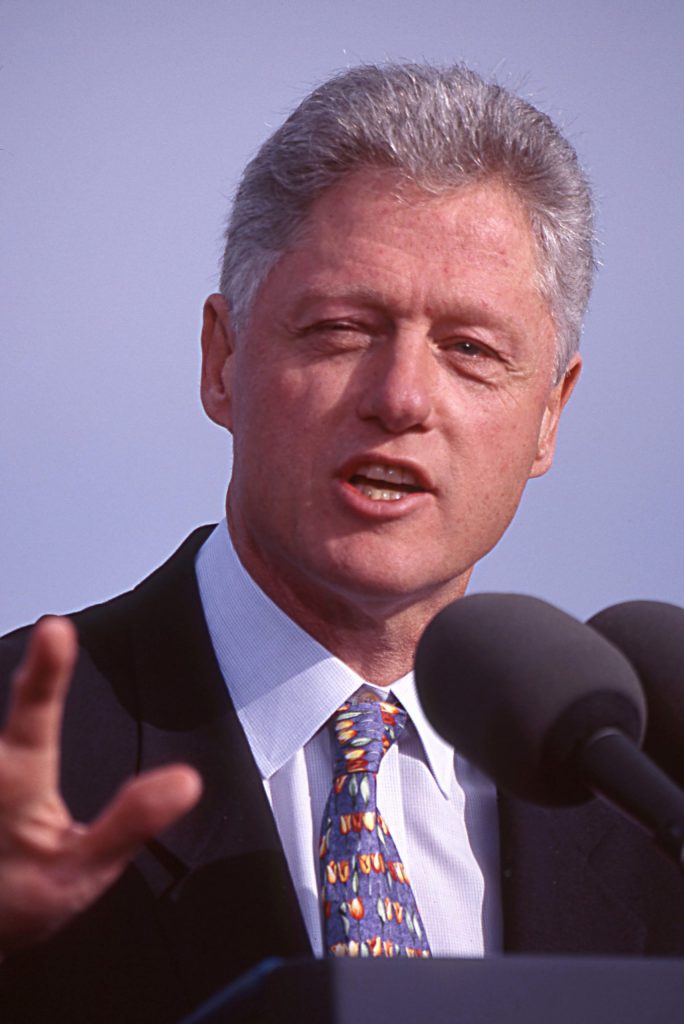 “I think the fact that I was born without a father, and that I spent a lifetime trying to put together a picture of one also had a lot to do with how I turned out,” Bill explained.

“Good and not so good. But I think on balance, more good than bad. But it had a lot to do with it.”

Bill went on to become an outstanding student.

He excelled at school, and at the same time, was considered a fantastic saxophone player. As a result, many thought he would pursue a career as a professional musician. Today, of course, we know that fate had different plans.

When he was in high school, a very special meeting would set Bill on a course for politics. As a delegate to Boys Nation, he visited the White House Rose Garden, where he met then-President John F Kennedy. The picture of the two shaking hands has become quite legendary.

“I was about the third or fourth person in, and…I sort of muscled my way up (to the front),” Bill once recalled of the meeting.

On the way home from the meeting, several of Clinton’s friends recalled that Bill couldn’t stop talking about the fascinating thing that had just happened.

Bill went on to attend Georgetown University. Then, in 1968, he won a Rhodes Scholarship to attend Oxford University, and later on earned his law degree at Yale University. 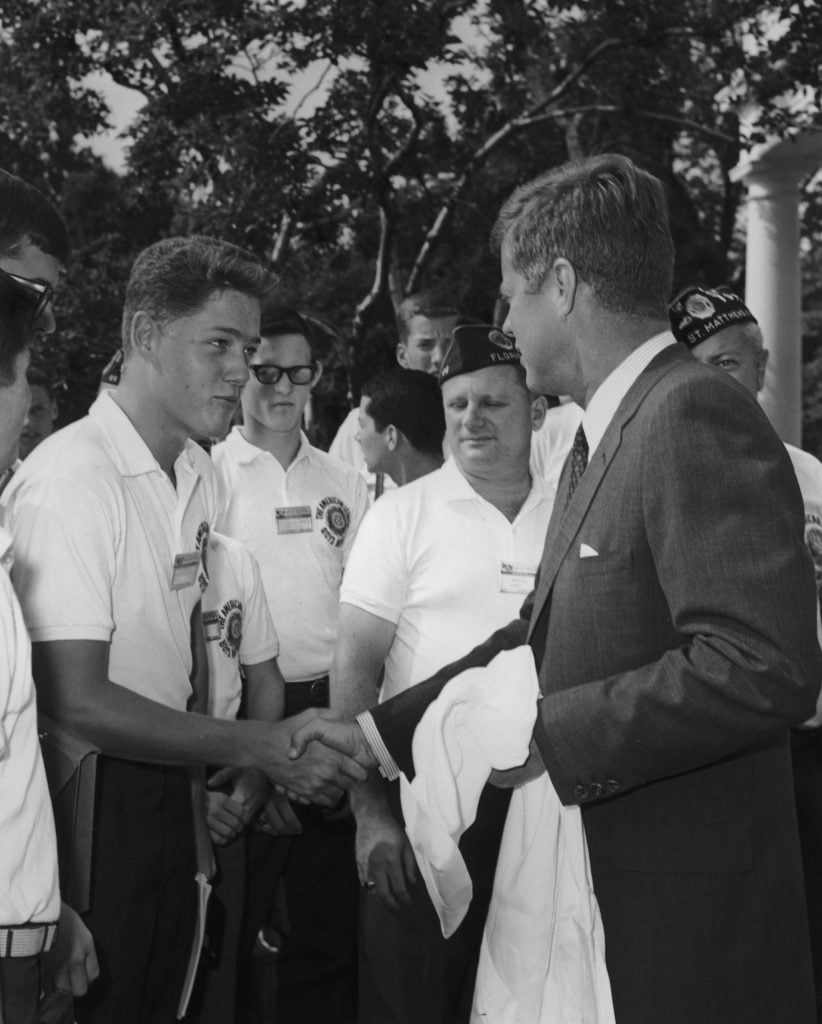 Not only did his time at Yale significantly increase the chances of him pursuing a political career moving forward, but it’s also where he met the love of his life, a woman named Hillary Rodham.

Bill and Hillary were both studying law at Yale. When speaking at the Democratic National Convention in 2016, he recalled his first memories of her.

“The first time I saw her, we were appropriately enough in a class on political and civil rights. She had thick blonde hair, big glasses, wore no makeup. And she exuded this sense of strength and self-possession that I found magnetic.”

Even though they had met on campus several times, one particular moment in 1971 changed everything.

Both Hillary and Bill were studying in opposite parts of the law library. But Hillary noticed that Bill was looking at her. The young woman decided to put her book down and walked over to Bill to have a chat about it.

“Look, if you’re going to keep staring at me, and now I’m staring back. We at least oughta know each other’s name. I’m Hillary Rodham, who are you?” Bill recalled Hillary telling him.

At the time, the future President was speechless. He introduced himself, and not long after, the two met again. Bill had grown fond of Hillary and asked her out on a date.

“She exuded this sense of strength and self-possession that I found magnetic,” Bill recalled during the 2016 Democratic National Convention. 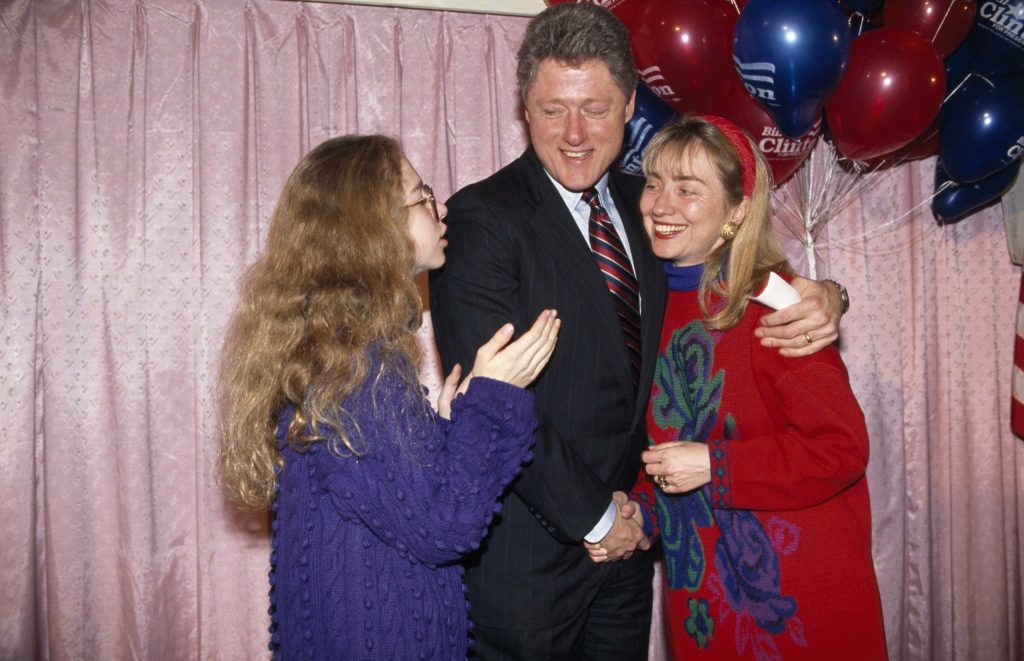 “I just went ahead and asked her to take a walk down to the art museum. We’ve been walking, talking, and laughing together ever since.”

It turned out that both Hillary and Bill were interested in politics.

They began dating and together worked on George McGovern’s presidential campaign the following year. Even though he lost the bid, Hillary and Bill were content with their work.

Not least that they were working very well together – something Bill hoped to make a permanent thing.

In 1973, while in England, he proposed to Hillary. Unfortunately, though, Hillary turned Bill Clinton down, telling him that she needed more time. With that said, however, she was deeply in love with him.

“Bill was in a different universe. It was a different level of connection. I felt like he was the most interesting man I ever met, and ever would meet,” Hillary said in a Hulu documentary.

Speaking with Girls star Lena Dunham in 2016, Hillary explained that she was “terrified” of losing her identity and getting lost in the “kind of wake” of “Bill’s force-of-nature-personality.”

Not only that, but the aspiring young woman wasn’t sure that she was able to commit to a future in the spotlight – she knew that Bill wanted to become a politician. 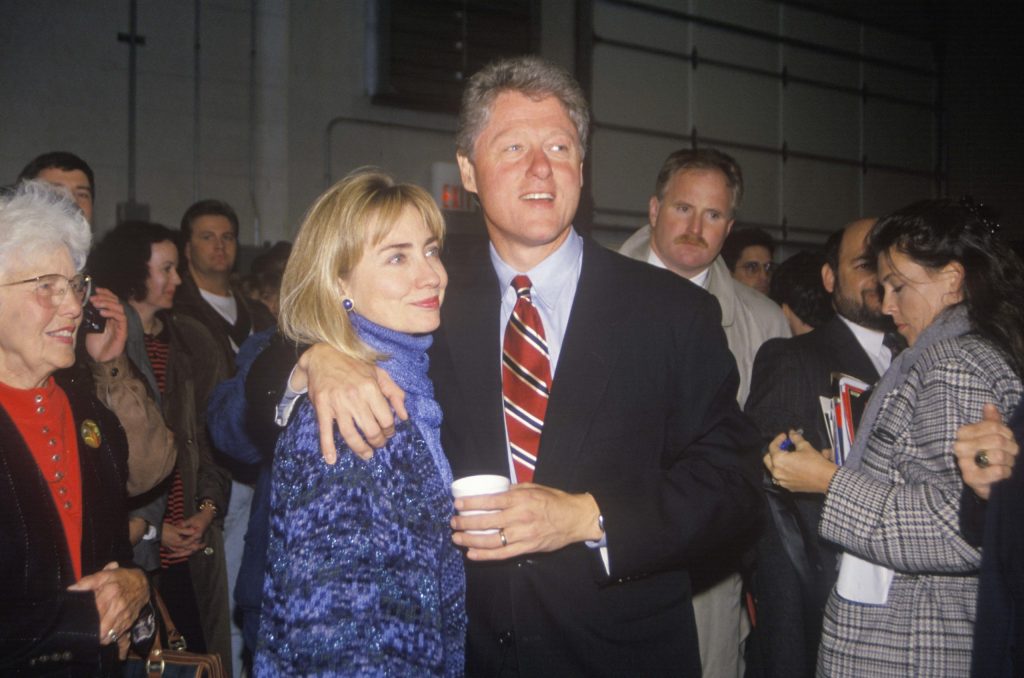 A year later, Bill asked her to marry him again. But, just as the first time, she said no.

“I married my best friend”

“He said, ‘Well, I’m not asking you again until you’re ready to say yes.’ And that was a large part of the ambivalence and the worry that I wouldn’t necessarily know who I was or what I could do if I got married to someone who was going to chart a path that he was incredibly clear about,” Hillary said.

Bill gave Hillary time – and when he asked a third time, she said yes. So in 1975, the couple wed in the living room at their Arkansas home. Only a small number of family and friends attended the ceremony.

“I married my best friend. I was still in awe, after more than four years of being around her, at how smart, strong, loving, and caring she was,” Bill once said of their wedding day.

“It was a big leap of faith, and I think most marriages are,” Hillary added.

In 1980, the couple welcomed their first child, daughter Chelsea Clinton.

Bill and Hillary chased their political dreams, eventually making it to the White House.

Bill Clinton became the Governor of Arkansas in 1978 and was inducted as President of the United States in 1993. At the same time, Hillary had become one of the country’s most influential and skilled lawyers.

However, Bill’s eight-year tenure in the White House was to be overshadowed by the big scandal involving Monica Lewinsky.

Despite some very difficult times, Hillary and Bill Clinton’s love is still going strong. In 2022, the couple celebrated their 45th wedding anniversary. Bill Clinton took to Twitter to show his love for his wife.

“October 11th was a beautiful day 45 years ago. Still is. The bride was beautiful too. And still is,” Bill Clinton tweeted, alongside a photo of the couple.

“Happy Anniversary, Hillary. I love you.”

What do you think of Bill and Hillary Clinton’s long-term marriage?

Previous Chuck Norris gave up his entire career to care for his sick wife – he will always call her his ‘best friend’
Next Shiloh, the daughter of Angelina Jolie and Brad Pitt, shocked everyone after she said she wanted to become a boy.