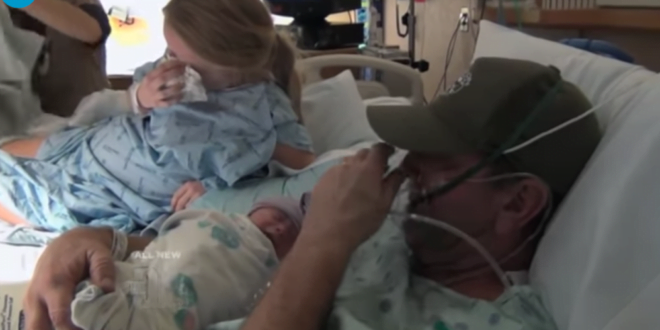 Life is hard sometimes. We often face obstacles that we are unable to overcome no matter how much we try, and during such desperate situations, we can’t help but wonder why it is us who are forced to experience and go through tough times. 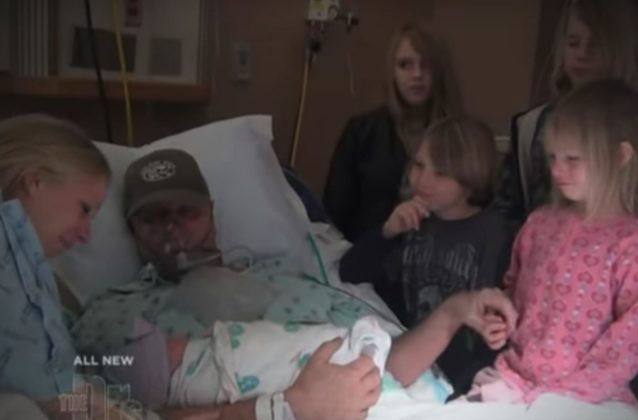 Diane and Mark Aulger from Texas had a picture perfect life. They had four children together, with their fifth on the way. Mark ended up winner in his fight against cancer, but sadly, the chemotherapy treatments he had to undergo destroyed his lungs and left him with pulmonary fibrosis.

The family had hopes that he would continue living with the condition with the help of steroids and oxygen, but those hopes crushed when doctors told them Mark only had a week to live. At the time they received the devastating news, Diane was pregnant with their fifth child. Not wanting her husband to leave the world without meeting their bundle of joy, this brave woman made the decision to be induced two weeks early so that sweet Savannah could have a photo of her and her daddy to hold on to.

Mark was able to hold his daughter in his arms the day she was born. Sadly, the following day, he tried holding her again, but slipped into coma.

Mark, who was 52 years old, died just days after Savannah was born.

“The kids go on as if dad is really still here,” Diane told ABC News. “Mark was a very funny guy. My kids still tell jokes how they would when he was around. He would have been a wonderful daddy to Savannah.”

Life has taken Mark away from his family way too soon, but the memory of him will live forever.