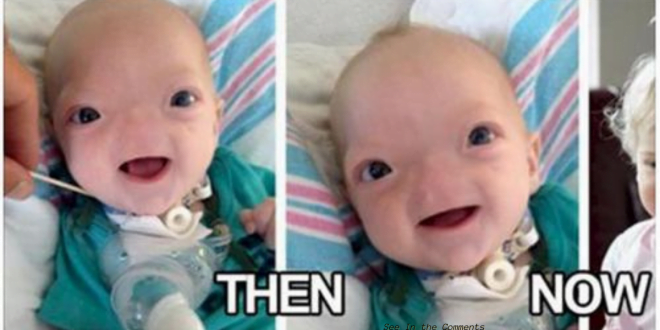 This Alabama baby born without a nose is adorable

A new born baby boy in Alabama was born without a nose and nasal cavity; the condition is called complete congenital arhinia

A new born baby boy in Alabama was born without a nose and nasal cavity; the condition is called complete congenital arhinia. Called the miracle baby, Eli, is one of the 37 babies in the world who has the condition, while Metro news reports that the odds against it are 197 million to one.

Buzzfeed further reports that this condition has the potential to be life-threatening by causing breathing and feeding problems.

When Eli was born, in South Baldwin Hospital, Alabama, his mother Brandi McGlathery reveals, ” ‘I pulled back and said, ‘Something’s wrong!’ And the doctor said, ‘No, he’s perfectly fine.’ Then I shouted, ‘He doesn’t have a nose!'”’ 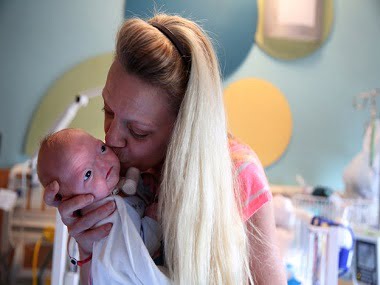 Eli can't smell anything, because he doesn't have an olfactory cavity, and therefore he doesn't cry either, according to this Metro UK report.

The pictures of baby Eli are undoubtedly adorable. He looks frail, like any other baby would and you would have to take a closer look at him to figure out the deformity.

This Daily Mail UK report says that Facebook had taken down the image that McGlathery has posted on her page, but after 30000 likes in 6 hours, Facebook lifted the ban from the image. ‘He was everywhere and he broke the internet!' says the mother.

After pictures of the baby went viral on the internet, McGlathery reveals that she loves Eli the way he is.

“We think he's perfect the way he is,” she said to a this local news website, Al.com, adding “Until the day he wants to have a nose, we don't want to touch him. We have to take it day by day.”

Watch the video of Eli's parents talking about raising a child with no nose: