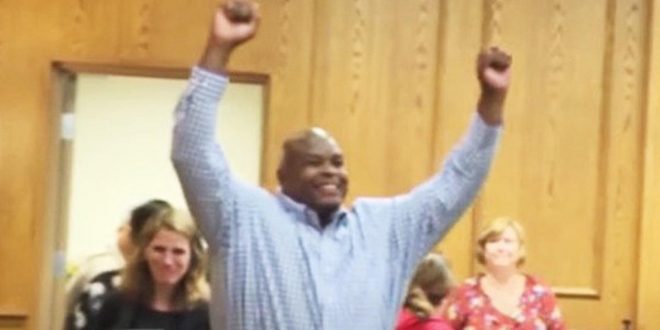 Spending one day in prison could be hell for people, especially for someone who hasn’t done anything. But, Dontae Sharpe didn’t spend a day. Instead, he’s spent 24 years wrongfully convicted. Back in 1994, a 19-year-old black boy was convicted for murder and was given life in prison. But, after finding new evidence which further strengthened Sharpe’s case, he’s finally been released from prison, and after 24 years in prison, he’s finally a free man again!

After a pathologist revisited his case, Sharpe was exonerated back in 2019. Back in 1994, Sharpe was sentenced to life in prison after the court found him guilty for the murder of George Radcliffe, another North Carolina resident. However, Sharpe didn’t back down from proving his innocence, and finally, he managed to get the evidence needed, which set him free!

It turns out that there was a severe lack of evidence putting Sharpe on the murder scene, and a key witness was lying on the stand on the hearing, which took place more than 2 decades ago.

A CNN report says that Sharpe’s conviction was overturned by a judge back in 2019, and he was finally allowed a new trial. The court discovered an inconsistency in the key witness’s testimony and the autopsy reports. So today, Sharpe is finally free because the new evidence managed to overturn his conviction.

Sharpe spent his time in prison wisely, and instead of staying there and not doing something, he decided to be persistent and prove he was innocent. He stated that the consistency and perseverance came from his mother:

“All through my life, she always said… ‘If you didn’t do it, don’t say you did. And I’m going to have your back all the way.’”

Two years after the first sight of freedom, he finally got to step outside of prison ground.

Sharpe doesn’t know what’s next for him!