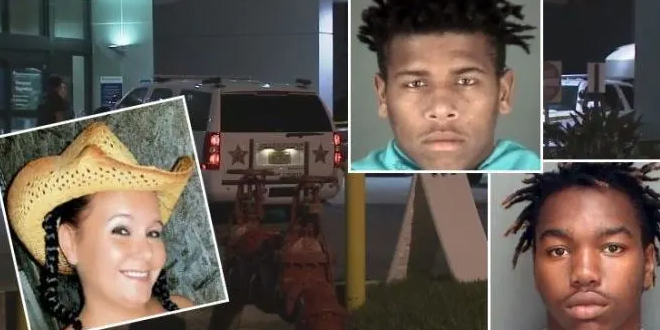 What started as an attempted carjacking turned into a tragedy when one of the suspects who tried to steal a car from a mother and son was shot.

Louise Ornduff and her son Kalaeb, from Clearwater, Florida, were contacted by a potential buyer of their car. They arranged to meet at the parking lot of Bank of America not knowing they were going to fall victims of a robbery.

The two men who pretended to be there to buy the vehicle, 18-year-old Lasupta Singletary and 17-year-old Jernaen Dreshaw Coleman, were armed with guns and demanded the keys to the 2016 Hyundai Veloster that Kalaeb Ornduff.

Not wanting to put his life in danger, Kalaeb did what he was told, after which the two carjackers fled the scene. But just as they drove away, Louise fired a shot, hitting Singletary.

Unfortunately, the shot was a deadly one. Coleman realized his friend was shot but he didn’t stop the car. Instead, he drove to the nearest hospital and dropped off Singletary, who was pronounced dead.

As police started an investigation, they realized that the killed young man and his friend were involved in the carjacking that took place at the parking lot.

Although authorities were aware that it was Ornduff who fired the shot, it was Coleman who faced second-degree felony murder and armed robbery charges. Prosecutors can pursue a felony murder charge against a co-conspirator in Florida when someone dies during the commission of a crime.

As for the 36-year-old mother, it wasn’t clear whether she would face any charges. Deputy Chief Eric Gandy said that “It’s important to determine whether the threat existed when the shot was fired.”

Denis DeVlaming, a former prosecutor said Louise is in big problems. According to him, if she had shot the fire during the robbery, she would be justified, but she loses that ability in case the perpetrators are fleeing.

There were those who stood by Louise’s side and justified her decision to fire a shot, with one person writing: “She was right in what she did and had to, I would have done the same thing had I been in her shoes, and the police and courts should back her up and not take the defense of these criminals, help the police clean up the streets against crime,” but there were also those who believed she shouldn’t have used her weapon when she saw the carjackers driving away.

Please SHARE this story with your family and friends on Facebook and tell us what you think.

Previous Elsa Patton’s face was ‘ruined’ by plastic surgeon: Pictures of the reality star shows how beautiful she was before
Next British Tabloids Once Again Turned Their Attention To Meghan Markle