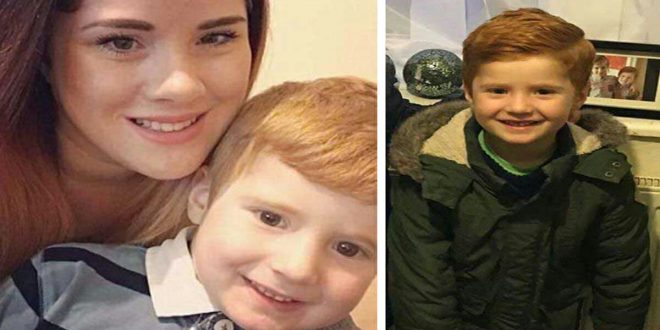 We live in a world where people tend to lessen our value and make us feel worthless for the sake of reaching their personal goals. This sort of treatment that involves humiliation is also known as bullying.

Bullying can happen to everyone. It’s present in the everyday life of people, but I guess it mostly affects little children who are vulnerable and many times unable to take a stand and speak for themselves.

3-year-old Noah Gilbert is a sweet boy with a ginger hair. And although he used to love the way he looks, some rude people made fun of the color of his hair and that crushed his self-esteem. His mother is now trying to share Noah’s story and raise the voice against bullying.

The unpleasant incident took place while Noah and his mom Lauren boarded a bus. There, a group of teenagers started laughing because of Noah’s hair color and made some nasty comments that broke the boy’s heart.

Some of the gruesome words that spoke were, “I would hate my child to be ginger, I would kill it” and “all kids with ginger hair should go straight to social services.”

Although he’s just three years old, Noah could perfectly understand that they were speaking about him and he couldn’t understand why would someone say such bad words.

The boy got so upset that once he reached home, he started asking why he couldn’t have blonde hair like that of his brother.

His brother’s answer was a poignant one and that made Lauren write a Facebook post that vent viral in a blink of an eye.

She wrote: “He hasn’t stopped asking me why people don’t like his hair. He asked me if I could change it for him so people will like it. I can feel my heart breaking every time he asks me.

“It isn’t okay to bully somebody for their hair colour, not now. Not ever.”

People took their time to defend Noah saying he’s the cutest little boy out there and his ginger care makes him even more special.

“This has had such an effect on Noah, it’s just unfair,” Lauren continued. “I have naturally ginger hair too and I remember being bullied growing up, but not as young as three.”

Lauren wants the teens to apologize for their words. She even reached the principal of the school they attend.

She wants to raise awareness of the problem because this type of harassment takes part every single day and it makes little children question their value and their qualities. What’s most, the effects bullying has on children as well as adults can be long lasting and affect their self-confidence for life.