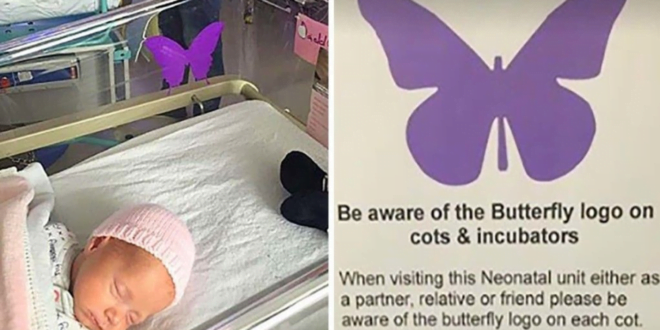 A purple butterfly on a baby’s crib is not just for decoration. The real reason is heartbreakingly

This mother was utterly heartbroken just hours after giving birth, but came up with an idea that could save plenty of other families from having to relive the same pain.

Millie Smith and her husband Lewis Cann weren't all that surprised to hear they were having twins, as it ran in the family. But they also knew that no set of twins had survived in tact.

As reported by The Epoch Times, just 12 weeks into Smith's pregnancy, the couple were dealt the devastating news that one of their daughters, Skye, would not survive for longer than a few minutes after birth.

Skye had a brain condition known as anencephaly, where the skull doesn't properly form and ends up leaving the brain exposed. There is no cure for the condition, and babies often die within minutes of birth.

To make matters even worse, doctors then told the couple that their other daughter, Callie, also did not have a guaranteed chance at survival.

When Smith was just 30 weeks pregnant, she gave birth at Kingston Hospital in London.

Unexpectedly, Skye cried when she was born. This is unsual for a baby with her condition, and Smith and Cann were warned she would likely be silent and still.

Despite being warned that Skye would have seconds to live, she survived for 3 hours, giving her parents some time to love her before she passed.

Just minutes before she died, Cann took her up to the NICU to meet her sister Callie, and lying in her twin's crib, she breathed her last.

But the trauma was not over for the couple. Days later, Smith was sitting next to Callie in the NICU when another woman who had had twins casually remarked to Smith that she was lucky she hadn't had twins.

The remark was another devastating blow for the grieving mother, who couldn't even get up to walk out of the room before she burst into inconsolable sobs.

Smith couldn't calm down enough to explain to the other mother, but was inspired by the awful moment to a wonderful idea.

She wanted a way to let everyone know – without having to speak about it – that a baby lying in a cot may have lost a sibling during birth.

It would both honor the lost child, and inform other parents so that no one else would have to suffer through their pain again because of misplaced but a well-intentioned comment.

Smith opted for the image of a purple butterly. The insect is indicative of the babies that flew away, and purple can be suitable for both boys and girls.

She quickly started up a crowd-funding campaign for the production of a purple butterfly sticker which can be placed on cribs in the NICU to help identify babies of mutliple births where not all the babies survived.

Over 100 hospitals across the UK have jumped on the idea, and they have even posted signs outside the NICUs to warn visitors what they might mean. 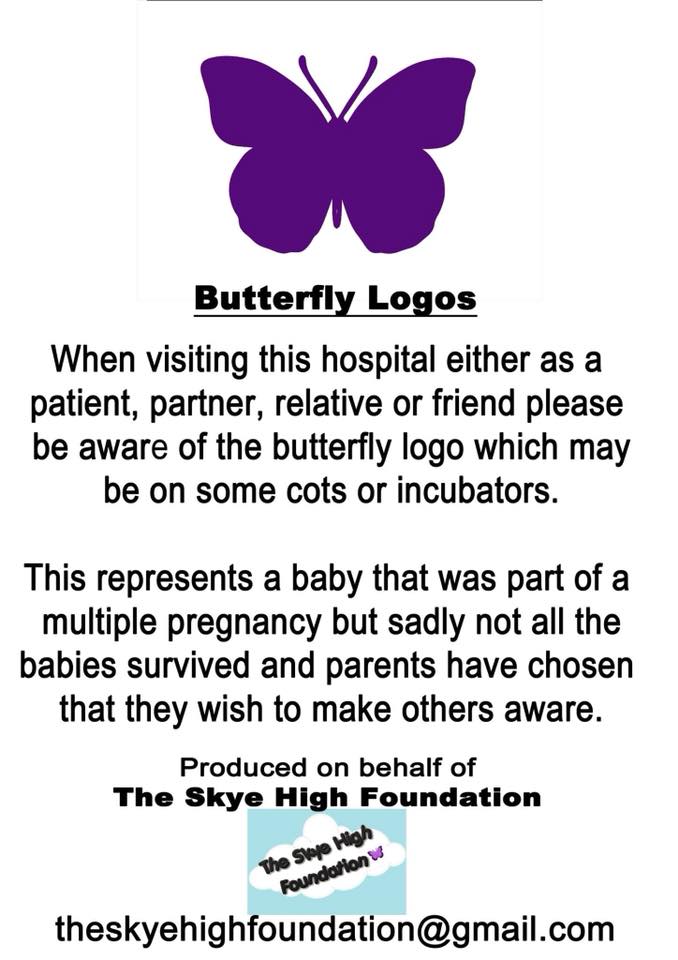 “When visiting this Neonatal unit as either a partner, relative or friend please be aware of the butterfly logo on each cot. This represents a baby that was part of multiple pregnancies but sadly all of the babies did not survive.”

As a result of Smith's campaign, she has also brought the topic of a lost baby to the fore, something which many people previously didn't speak about.

She wanted to support other families in her situation, knowing just how terrible a casual remark can be.

Previous Man takes dog out of stroller, bends down to him thinking no one’s watching
Next Dad is surprised to find his son’s room clean – a minute later, he finds a letter that crushes him