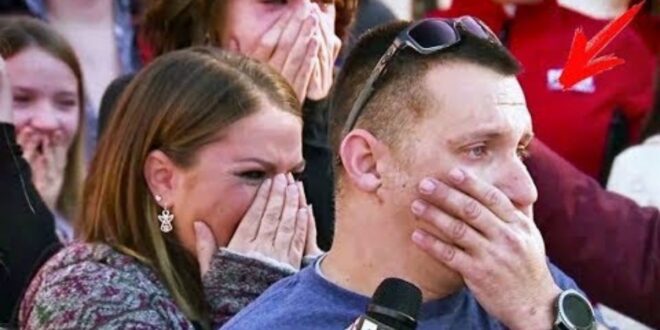 We never know how much time we have left on Earth, so all the planning we do in life can easily go down the drain when we hear news that have the power to break us in a million pieces.

Audrey was a single mother of three who believed she had a long and happy life ahead of her. Sadly, she started feeling ill out of nowhere. She knew she had to go to the hospital, but she was worried about letting her kids stay at home alone while the doctors were running the tests. So, this mother decided to ask her neighbors, Tish and Kevin Beauchmin, to keep an eye on them. Tisha, who is a mother of five herself, said yes, even though the two weren’t really close and didn’t know each other very well.

Unfortunately, Audrey was diagnosed with a terminal stage two oesophageal and stomach cancer.

This brave woman wasn’t afraid for her life, but she couldn’t stop thinking about what would happen to her kids after she’s gone. That bothered her more than the illness itself.

After contemplating for a long time, she asked Tisha and her husband whether they would agree to be her children’s legal guardians. This request came out of the blue because the two were just neighbors who’d wave hi at each other every now and then, and that was it. With so many commitments and their kids, they never had a chance to become close friends.

Despite all this, Tisha agreed. Raising eight children would be the ultimate struggle, but how could she say no to a dying mother?

These people did the unthinkable, they stepped in and let Audrey leave this world knowing her children will be taken good care of. Is there anything more a mother could ask for?

What’s most, they did all that aware their living conditions weren’t the best. In order for them to be able to adopt the kids legally, they needed to provide them with a better home, one where every one of them would have a separate bed. As the place was cramped, some of them were sleeping on makeshifts beds placed whenever there was space.

One of the neighbors who was aware of everything the family was going through, Elizabeth Thames, decided to get involved and help as much as she could. She wrote a letter to FOX5 Surprise Squad explaining the life story of these two families which ended up living together.

The FOX5 Surprise Squad paid this loving family a visit once they heard of their selfless act. In no time, the Beauchmin’s home was transformed into the perfect place, both from inside and out. On top of that, they received a year’s worth of free groceries and a brand new vehicle.

“It’s just really overwhelming that someone would do this for me and for my family,” Tisha said. “I didn’t do anything too special. I did what anyone in my shoes would have done.”

We are very sad for Audrey’s fate. She didn’t get to spend more time with those she loved the most and this whole story teaches us that we should live our lives to the fullest because we never know when the final goodbye is.

Below is one of the most emotional videos that speaks about compassion and humanity and is worth a thousand words.

Don’t forget to share it with your loved ones.