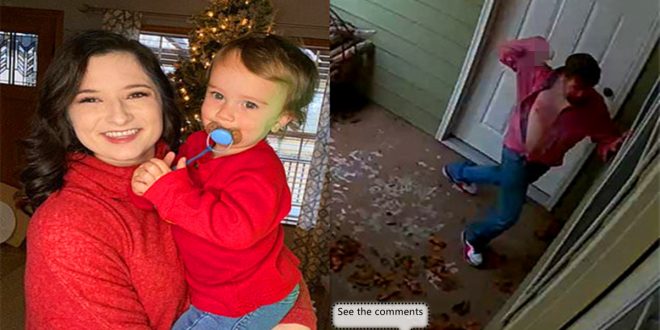 Video captured the chilling moment a deranged intruder broke into a Tennessee home last week, forcing a terrified young mother to barricade herself and her 2-year-old son in their bathroom.

Keane Winchester, 26, a married mom-of-one from Lake County, says she was spending time with her two-year-old son last Thursday when she heard someone banging on her door and a male voice yelling ‘help.'

Winchester said at first she was not sure what was happening, but then she heard the intruder punching her door and windows, she told WBBJ.

She quickly grabbed her toddler and fled upstairs when the intruder started breaking the windows. 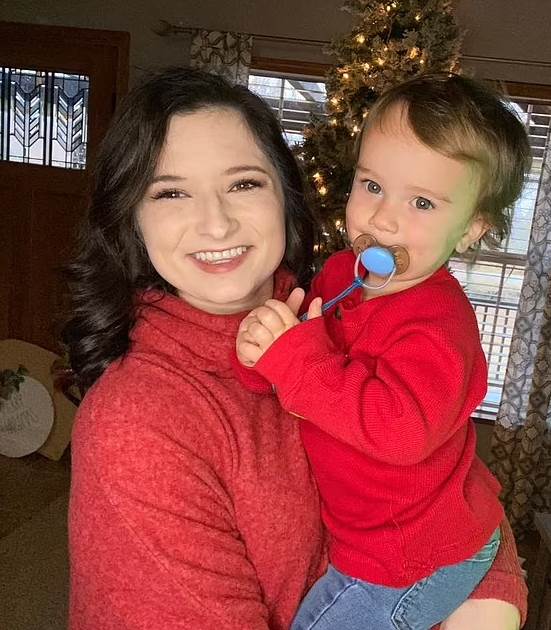 ‘And then once I realized he was in my house screaming, I barricaded the bathroom door and had my baby there trying to get him to just be calm and relax while I was calling the cops,' Winchester recounted.

The young mom said she was violently shaking while begging the emergency dispatcher to send police officers to her home in Tiptonville, about 125 miles north of Memphis.

It took police about 10 minutes to respond to the scene and arrest the burglar.

Neither Winchester nor her son were physically harmed.

Winchester later shared the harrowing surveillance video on her Facebook page, writing in a caption: ‘I've debated on breaking my social media fast or not… but me and my baby had a very traumatizing experience happen to us today. We are fine& alive. THANK GOD. It was close to being something worse. So close.'

Three days later, Winchester posted an update, saying that her family were still in shock and struggling to come to grips with what had happened to them.

‘Every time I close my eyes, I relive the whole situation,' the woman wrote. ‘Over and over and over again. Any loud noise around me scares me. I'm constantly watching my surroundings and anyone that makes a move. He didn't just break into our house.. he absolutely broke my insides.'

Winchester also revealed that her young son is now terrified of noises and she is scared to be in her own house. 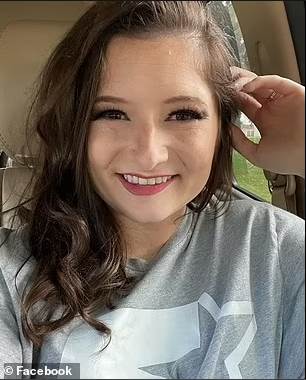 Previous Woman Assaulted, Called ‘Ugly White Person’ After Passenger Refuses To Move Bag From Seat
Next There is a birth that takes place every 480 years and a 23-year-old girl made history