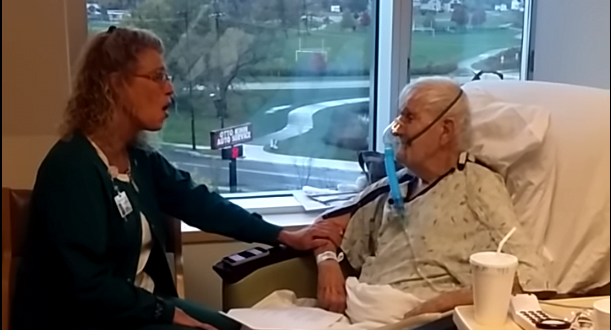 Hospice patient couldn’t speak, watch what happens when nurse starts singing to him

A nurse from Kalamazoo, Michigan has been singing to her patients for over a decade. So it wasn’t surprising that upon learning her patient, Robert Lytle, loved the song “You Light Up My Life” she wanted to sing it to him.

Robert’s daughter, Roberta told the local Michigan news station, “he has heart problems but because of his age, they can’t put a pacemaker in.” She mentioned that he “had an episode at home and wasn’t able to breathe.”

So family members took Robert to Bronson Hospital. He was there for one week, and his family didn’t think he was coming home this time. He was having a very hard time breathing and he was unable to speak, not even a few words. Shortly after he arrived to the hospital, he was put on Hospice care. That is when nurse Brenda Buurstra came into his life. 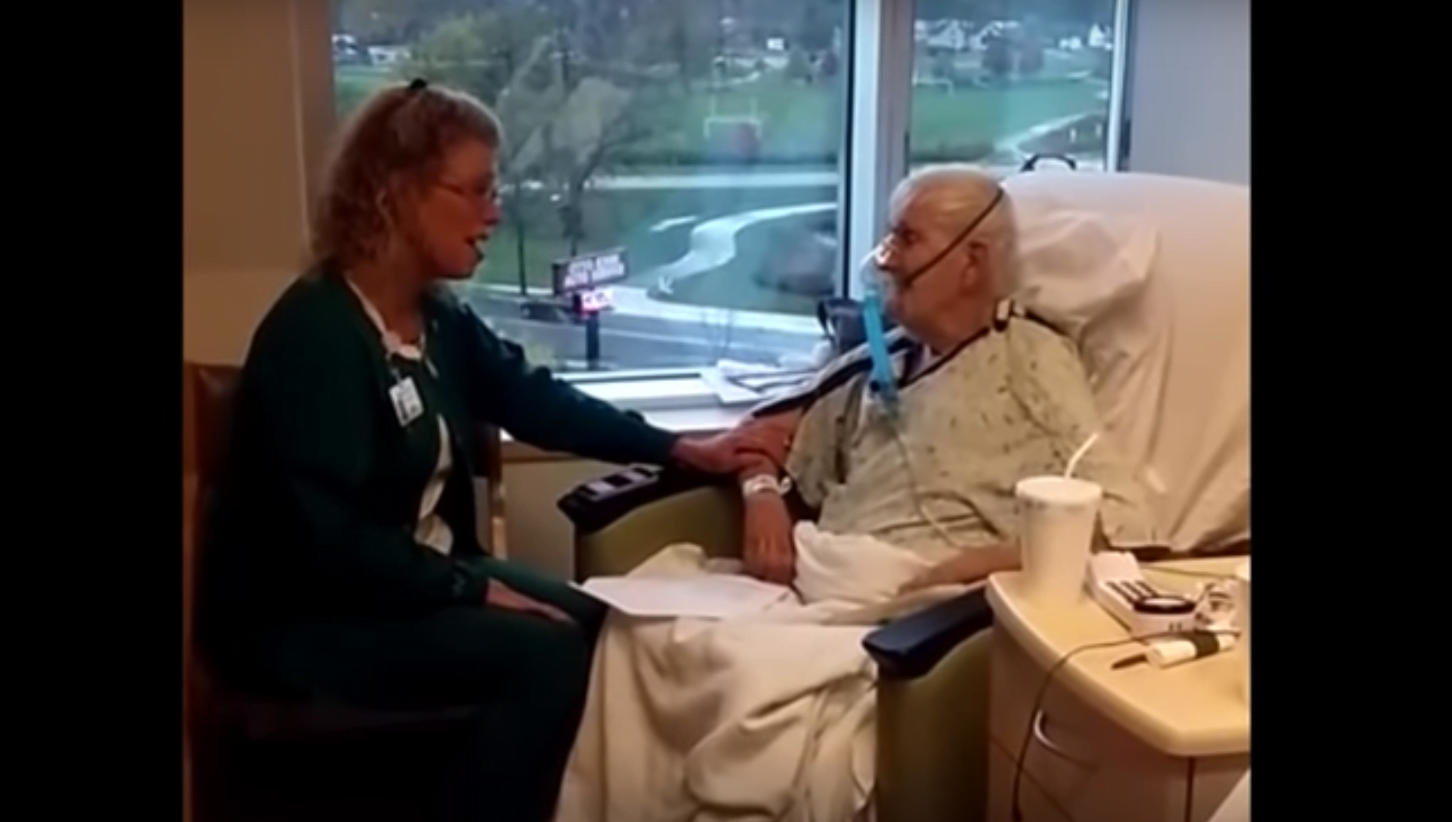 What happened next was absolutely remarkable. Not only did nurse Brenda get Robert to start speaking again, she had him singing!

Roberts daughter said they had been watching a show on Pat Boone, and he told the nurse ‘I don’t like him, but I like a song that his daughter sings.’ He then told nurse Brenda that his favorite song is “You Light Up My Life”.

Not knowing all the words to the song, she promised to print out the lyrics and come back the next day to sing it to him.

And sure enough, she did. 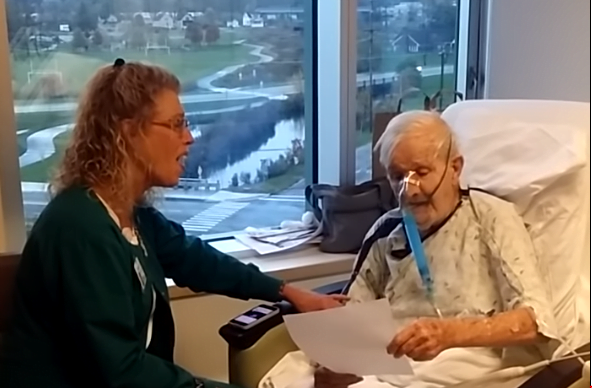 You can see right through Robert’s oxygen mask to the huge grin on his face. His eyes light up and his whole expression changes. Brenda said in an interview, “You could tell that song lit him up. Literally ‘You Light Up My Life,’ that song really just lit him up. You could tell it touched his heart.” She also told the local news station that to her – that is what nursing is all about. 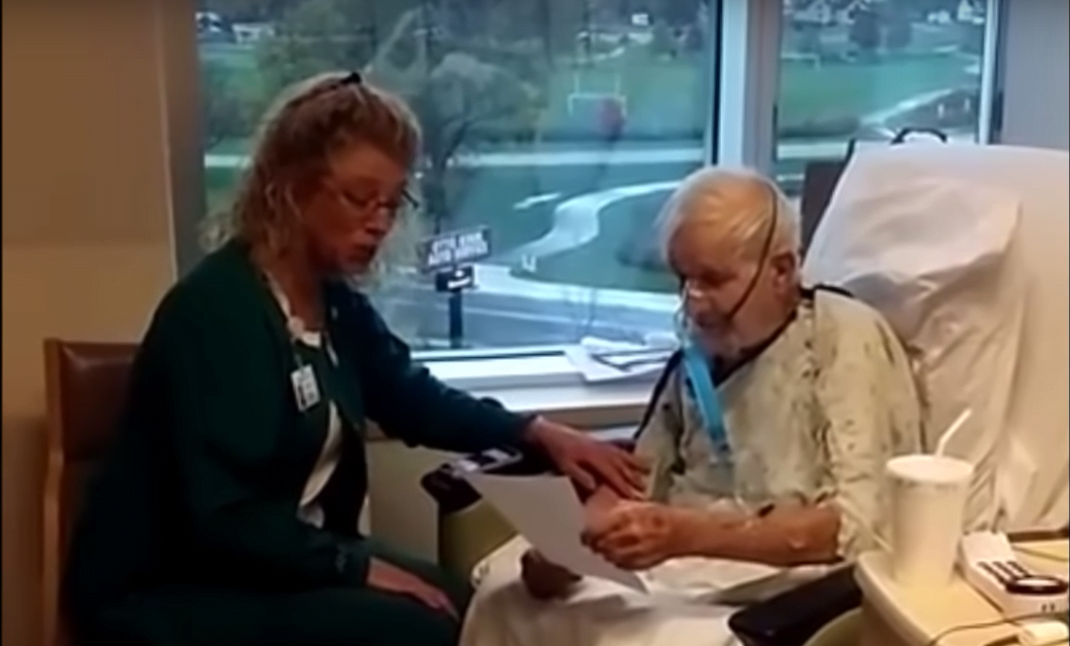 Seeing her father’s expression in hearing nurse Brenda sing that song – gave Roberta hope that her father would be going home after all. She said, “It changed him. It was like he knew he was going to go home.” 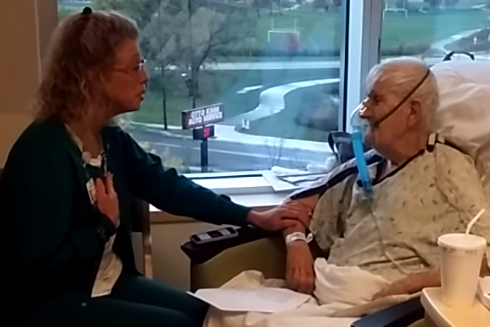 Just one week later, Robert had regained enough strength to be discharged from the hospital. Thanks to nurse Brenda, Robert’s spirits were lifted and he was now going home, no longer under hospice care.

One year later, the two were able to be reunited. During their visit Robert told Brenda, “I kept believing what you said when you sang that song to me. … It gave me faith, and hope. And meant so much more to me than anything in the world.”

To see this touching moment of compassion, watch the video of nurse Brenda as she sings to Robert in his hospital chair:

Previous Couple welcome after struggling to conceive for five years – This is what the babies look like today
Next The life and death of Mob Wives star ”Big Ang”: She left her husband while battling cancer