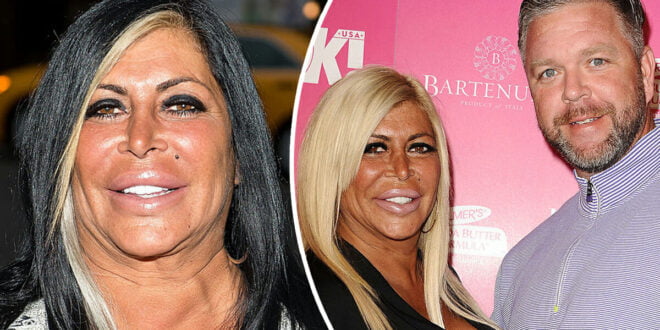 The life and death of Mob Wives star ”Big Ang”: She left her husband while battling cancer

Most people live quiet and unassuming lives – but then there are those larger-than-life personalities you can’t avoid. Angela Raiola was one such person.

I don’t know how many of you remember her, but for me, Angela will always be ”Big Ang” on VH1’s “Mob Wives.“

During her last interview before she died in 2016, Angela confessed a heartbreaking truth and warned people not to make the same devastating mistake she did. 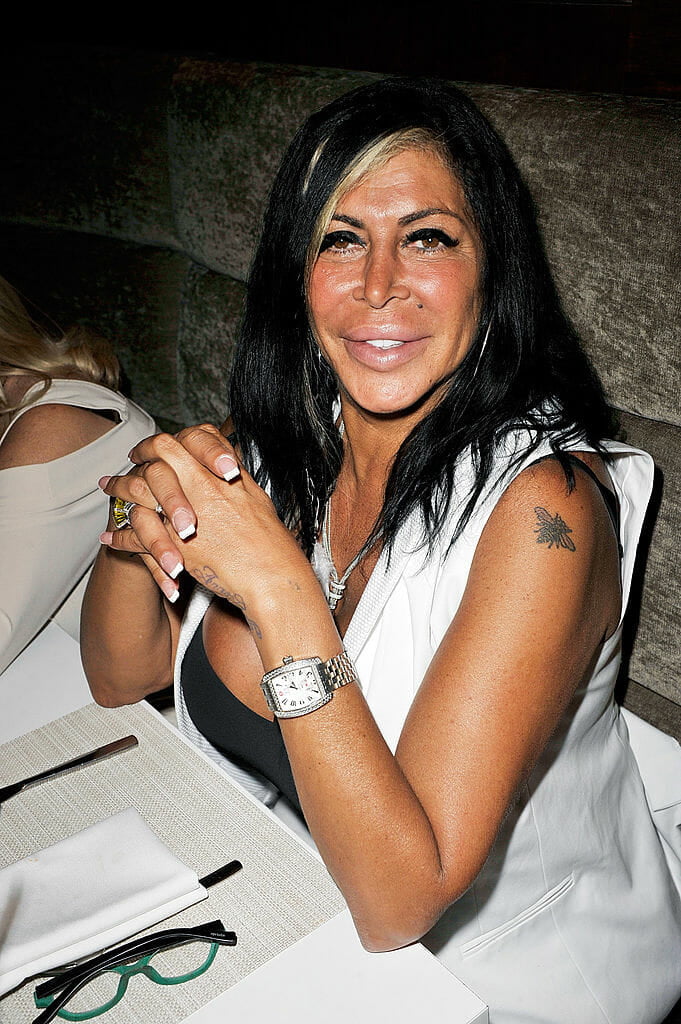 With her raspy voice and brash demeanor, Angela ”Big Ang” Raiola captured the audience’s heart after breaking into reality television in 2012.

During her 3-year-spell on “Mob Wives”, she became the star of the show with her unique personality, which was larger than life. ”Big Ang” was destined to make us laugh.

But according to those who knew her, Angela was also an incredibly sweet person who was good at acknowledging everyone around her. When she died on February 18, 2016, the world didn’t just lose a much-loved reality star – Angela left her family, sons, and grandchildren heartbroken.

But how did the “Mob Wives” star with the huge lips, a striking figure, and husky voice manage to become one of America’s most popular reality television personalities? Who was the woman behind all the makeup and plastic surgeries?

Ties to the mafia in New York City

Angela Joyce Raiola was born on June 30, 1960, and grew up in Brooklyn, New York. She was also the niece of the late Salvatore ”Sally Dogs” Lombardi, one of the “capos” or captians of the notorious Genovese crime family, one of the “Five Families” that control the mafia in New York City.

She grew up in a large family, with four brothers and two sisters.

In 2001, Angela was arrested for her involvement in a Brooklyn-based drug ring. She was caught selling cocaine to undercover cops. Raiola, 41 at the time, had been given drugs from the organization to distribute on ”street-level”. According to Federal agents, she was an associate of the drug ring’s leader.

The leader was sentenced to nearly 13 years in prison and Raiola was indicted in May 2001 on six felony counts. The reality star pleaded guilty and was sentenced to three years’ probation in 2003.

”People ask me why I did it. I was a single mom, supporting my family, paying $3,000 in rent. I did it for the money. I wouldn’t do it again and haven’t since. I learned my lesson,” Angela said.

Raiola was also ordered to spend four months in house arrest and had to wear a monitor. That was quite a punishment – especially for a person like ”Big Ang.”

”My girlfriends and family came by every day. That also made me feel less claustrophobic. But for someone like me who needs to be where the action is and loves to go out, being confined to one place was torture,” she explained. 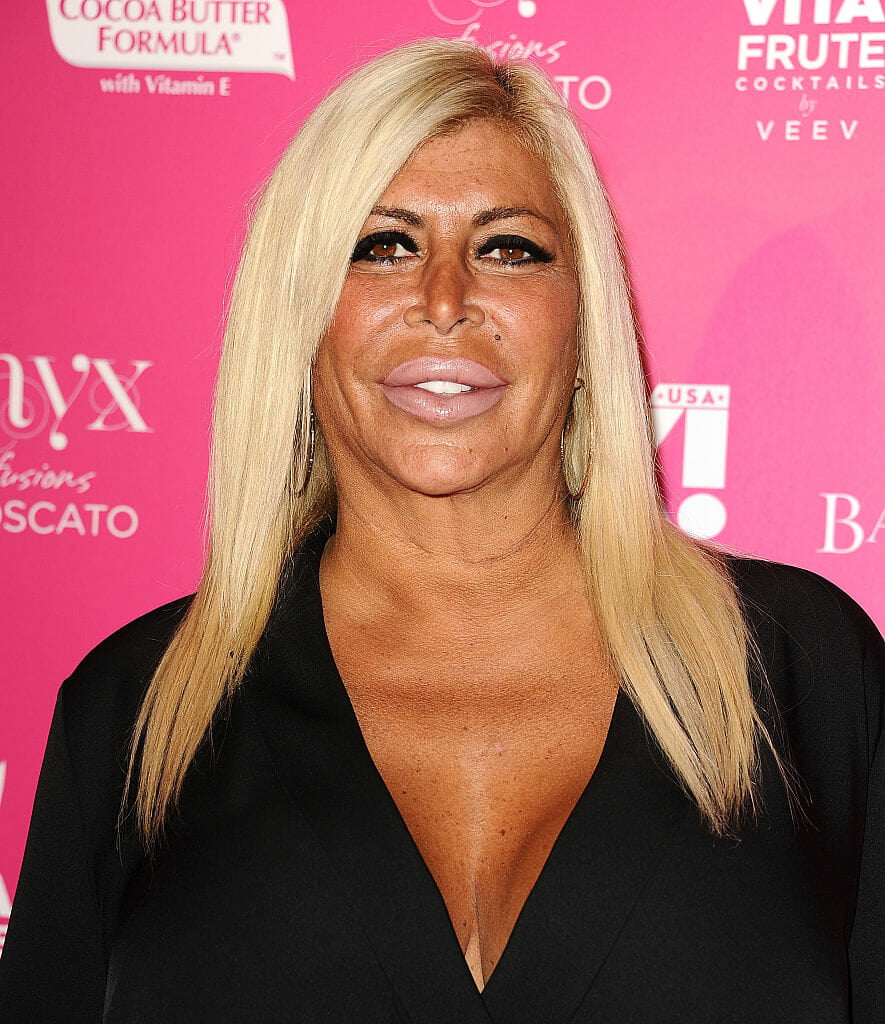 In her book Bigger Is Better, Angela wrote about her lifestyle, and she also gave some advice to those who found themselves under house arrest.

Her tips included hire a personal trainer, bring the party to you, have sleepovers, and get yourself a tattoo to mark the experience.

Although Angela Raiola sometimes declared her affinity for handsome gangsters, she stayed on the right side of the law when she became famous in “Mob Wives”.

Raiola, who lived in Staten Island, became a popular cast member on the second season of “Mob Wives”, in 2012. She became and instant star and remained on the show until it ended in 2016.

The series, which aired on VH1, revolved around several woman in the New York City borough of Staten Island. All had connections to the Mafia and the concept was developed by the producer Jennifer “Jenn” Graziano.

After the first season premiered, critics were pretty impressed and praised the show. Ken Tucker, a TV critic on Entertainment Weekly, wrote:

”As someone who’s watched at least a few episodes of every version of the Real Housewives franchise and feels a bit nauseous about it, I didn’t come to Mob Wives with high hopes. But this floridly funny, vicariously vicious reality series exerts a vulgar charm.” 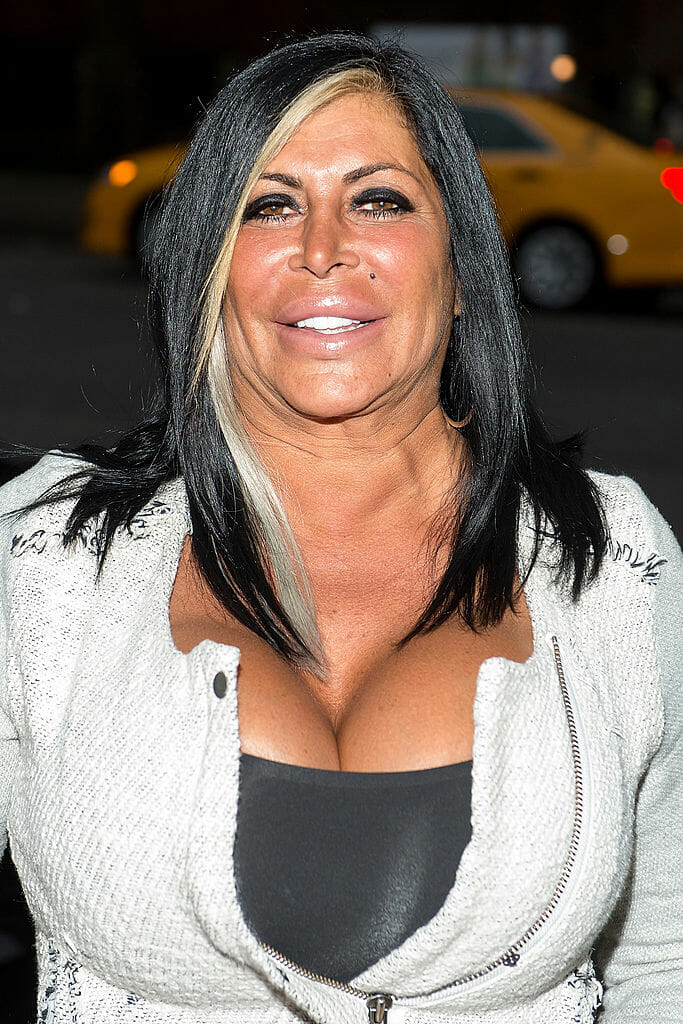 Other critics weren’t that impressed.

”Tired concept, is so bad it should sleep with fishes,” the New York Daily News wrote.

But regardless what people thought about the show itself, Angela “Big Ang” Raiola made a huge impression and became the most likable out of all the mob wives. Many people regarded her as the most loving, sweet, and grounded of all the women on the show.

It might not come as a surprise to anyone that Angela was a big fan of cosmetic surgery. She had her first surgery in 1985, after giving birth to her first child.

Angela felt a great deal of insecurity about her own body and thought she needed to do something.

“After I had the baby my boobs were dead. They just were prunes down to my waist. After my first surgery, I had them redone in 1995. They took the sponges out and put in saline implants.  I had a double 36 double D when I was only 14-years-old, so I have always had a big chest,” she said.

During her time in the spotlight, a lot of people thought she had way too much cosmetic surgery. And towards the end of her life, the charismatic Mob Wife confessed that she was obsessed with plastic surgery and said that she liked changing her look all the time.

“I had a tummy tuck, liposuction, my lips injected and my breasts done three times,” Big Ang said. “The first time I had my breasts done was 27 years ago, and they put sponges in them. That was in 1985.”

In early 2015, Angela started complaining of neck pain. She felt something wasn’t right and was admitted to a Staten Island hospital.

Unfortunately, the doctors discovered a lemon-size tumor and removed it from her throat. Later that same year, the doctors found another tumor in her throat. She was also diagnosed with stage 4 brain and lung cancer.

”First I thought I was cancer free. I was going to have a big party. Then a month later I was stage 4,” Angela explained.

She continued to appear in “Mob Wives”, but it was clear that she was suffering. During a reunion episode on February 13, 2016, she “dragged herself from her deathbed” and was only on set for two hours.

Raiola had two children, Raquel and Anthony “A.J.” Donofrio, and six grandchildren. She married her husband Neil Murphy in 2009, but their relationship was complicated from time to time.

When Angela appeared on The Dr. Oz Show in 2016, she dropped a bombshell and revealed that she had left her husband amid her cancer battle.

Dr. Oz also did the last public interview with ”Big Ang” before she died. The Dr. Oz Show host gave an insight into how the reality star felt during her last months in life. 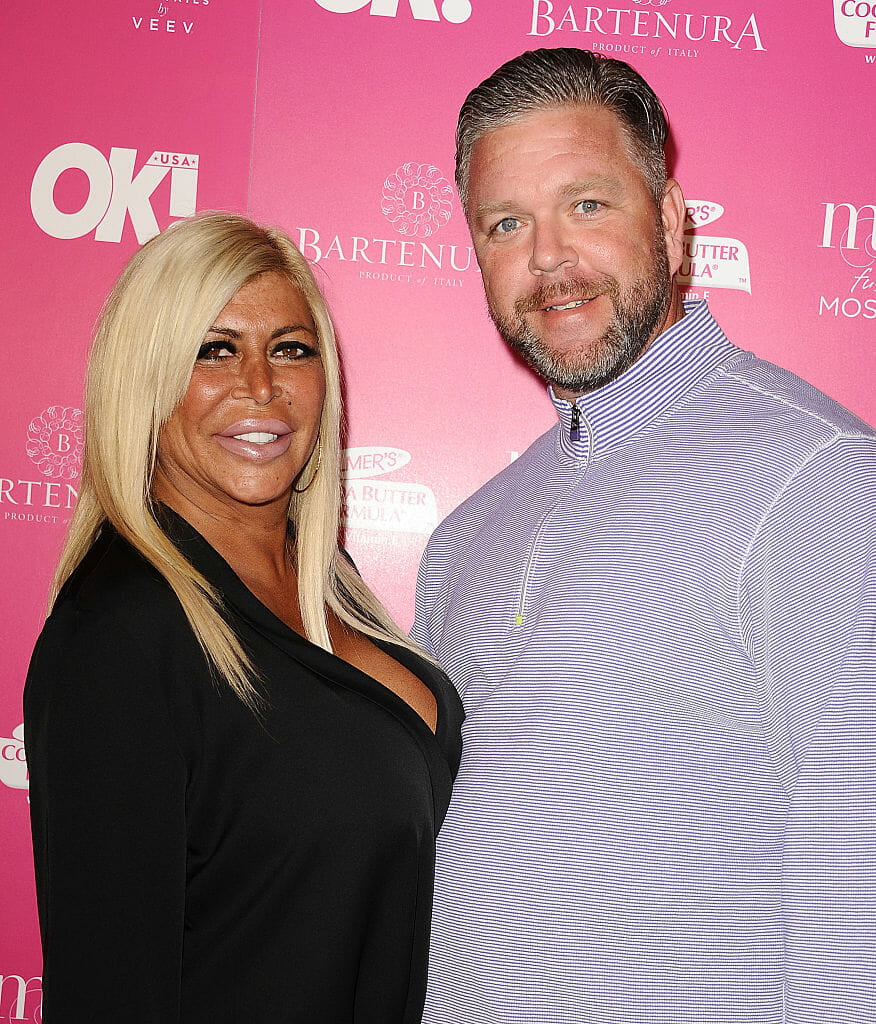 “By the time she came on the show, she really had wanted to get things off her chest, to say things she knew she needed to say before the end, because she had weeks to months, not months to years left,” he said.

”The most important emotion I heard from Big Ang outside the show was fear — she was scared. I think she knew the end was grasping at her, that she was looking over the abyss of death, a darkness down there that we all fear, and she knew that it was close.” 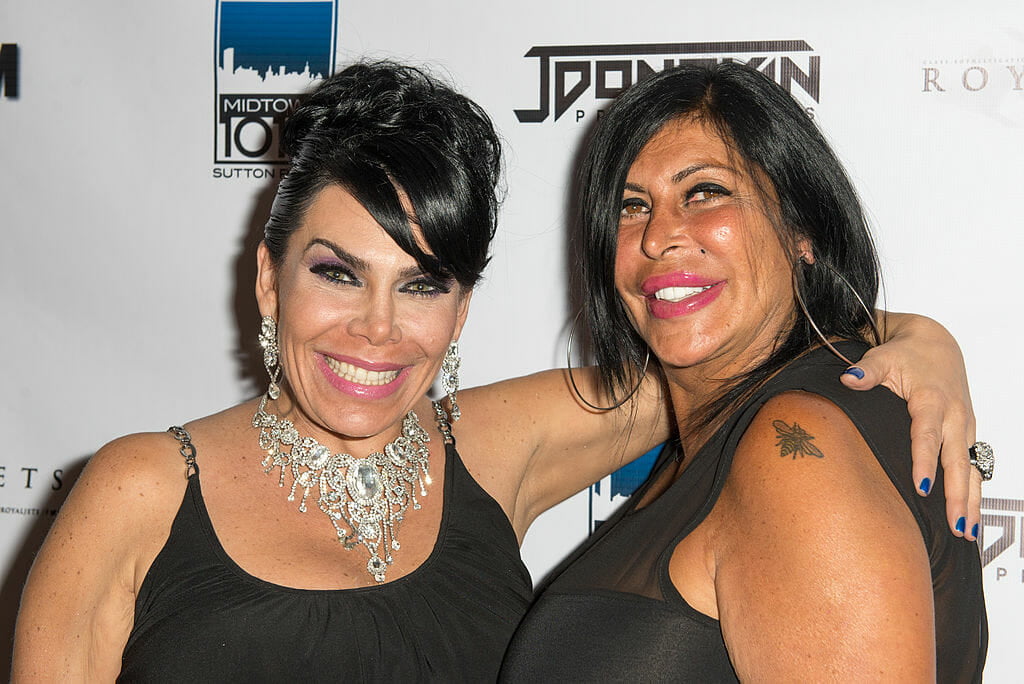 One of the main reasons Angela came to the show was to warn people about a habit that probably cost her her life: Smoking cigarettes. She smoked for over 40 years (at least one pack a day) but stopped immediately when she learned about her disease.

”I think the big legacy she’s leaving us, the big reason she came on the show, was to make sure everyone knew that cigarettes had taken her life,” Dr. Oz said.

“She started young, like so many, but like so many, by the time she realized she didn’t want to smoke anymore, it was too late to stop — at least she felt that way. And she joked on the show about how she got the diagnosis of throat cancer, and as she walked out of the hospital, she took the pack of cigarettes and tossed them in the trash. And she quit cold turkey, but it was a little late,” he added.

On February 18, 2016, ”Big Ang” passed peacefully at a Manhattan hospital, surrounded by friends and family. 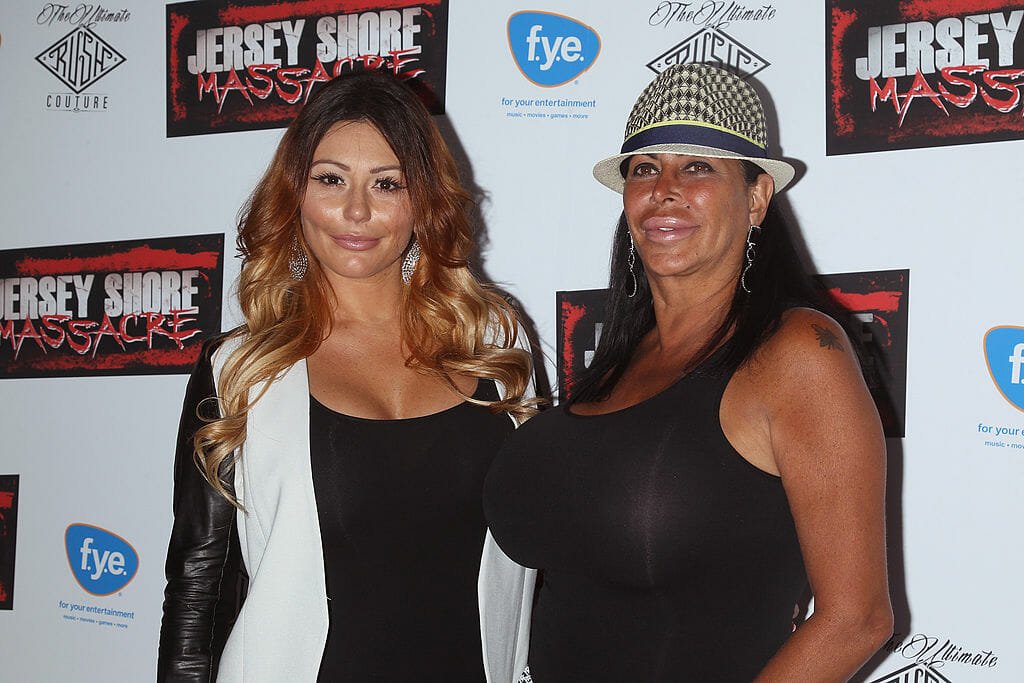 “She was surrounded by nothing but love from her immediate family and closest friends,” a statement read. “YOU, (Her fans) were some of the most special people in her world, and she loved you immensely.”

When the news of her passing broke, celebrities, castmates, friends and family flooded social media with tributes.

“Mob Wives” star and castmate Renee Graziano published a picture on Instagram of ”Big Ang” and wrote: ‘We will always love you .. Forever and ever Angela. You are part of our family #rip #withtheangels #inabetterplace. ‘RIP ANGELA .. FOREVER IN MY HEART’.

Some members of her family shared heartbreaking photos of the “Mob Wives” star on her deathbed, where she was comforted by her loved ones.

Her husband, Neil Murphy, who reportedly was at her bedside when she died, took to Twitter and shared a photo of him and his wife.

”I will always love you forever please watch over the grandkids I know you will,” he wrote. 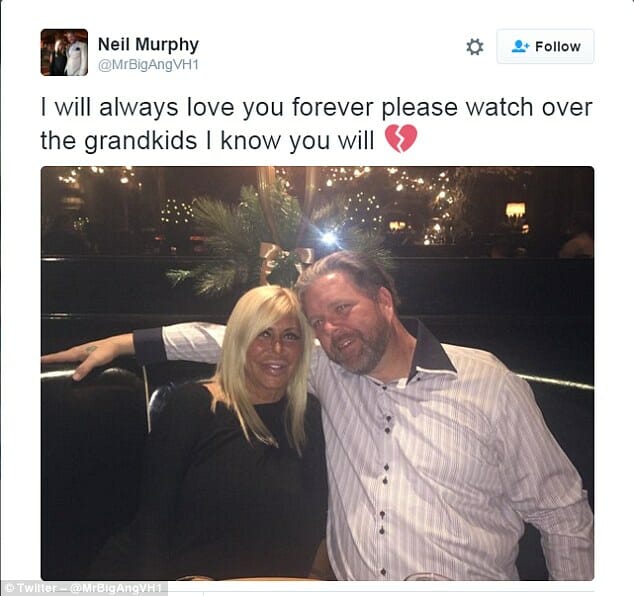 Angela seemed to be the most loving, sweet and grounded of all the women on “Mob Wives”. She always admitted she’d made mistakes in the past and never tried to be someone she wasn’t. There was a realness about her that endeared her to everyone. Rest in Peace.

Previous Hospice patient couldn’t speak, watch what happens when nurse starts singing to him
Next Pregnant waitress serves cop then finds a note from him on the check