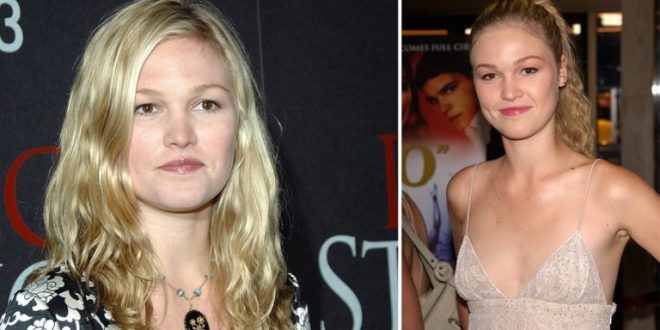 Due to this, Julia Stiles is no longer under the spotlight.

What happened to Julia Stiles, then? Well, actually quite a bit… 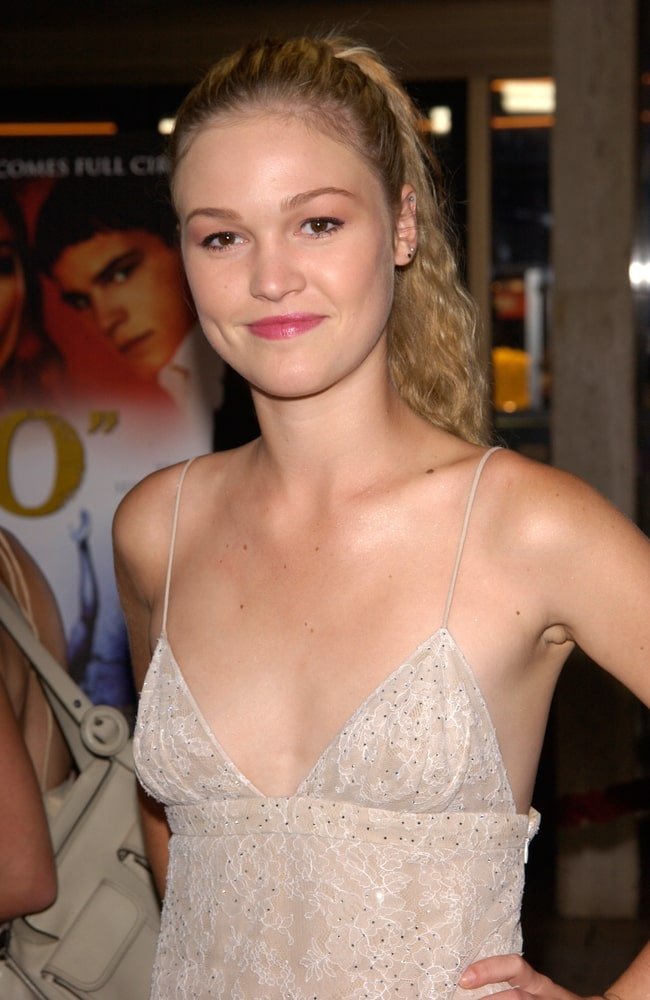 Gil Junger’s 10 Things I Hate About You was Julia Stiles’ breakthrough performance, but she had already had a lot of acting experience by that point.

She began acting with the La MaMa Theater Company in New York City at the age of 11. After her parents brought her off to Broadway shows when she was younger, she became obsessed with theater. 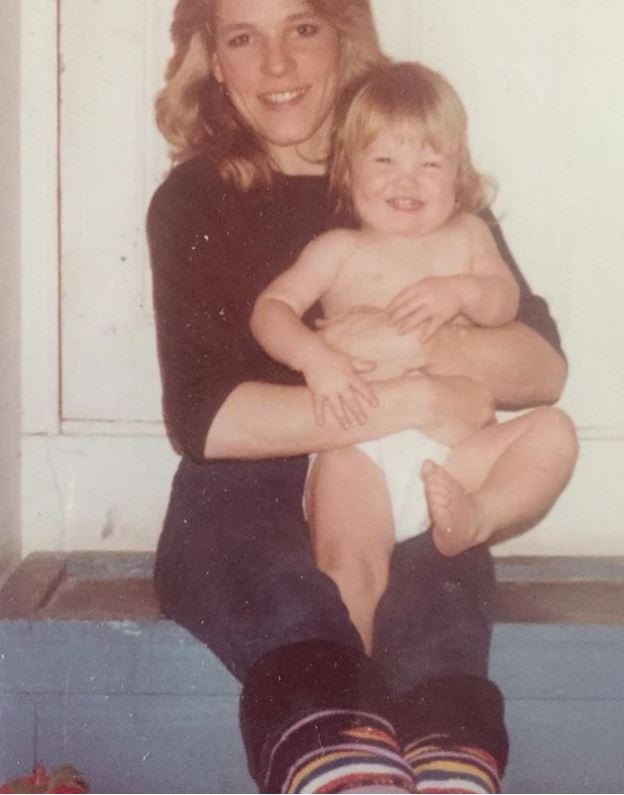 Julia, who was born in New York City in 1981, and was raised in a household of scholars and artists. The native New Yorker grew up in Soho’s loft spaces as the neighborhood started to change from an industrial wasteland to an artist community.

New York City was a nasty, drug-filled city in the early 1980s. One had to tread cautiously when growing up next to the East River and using the nearby soccer fields as a playground.

“Well, you wouldn’t pick up the needles, but we’d pick up penny bags. A teacher would arrive when you pointed “There’s a needle,” according to Julia in 2007. 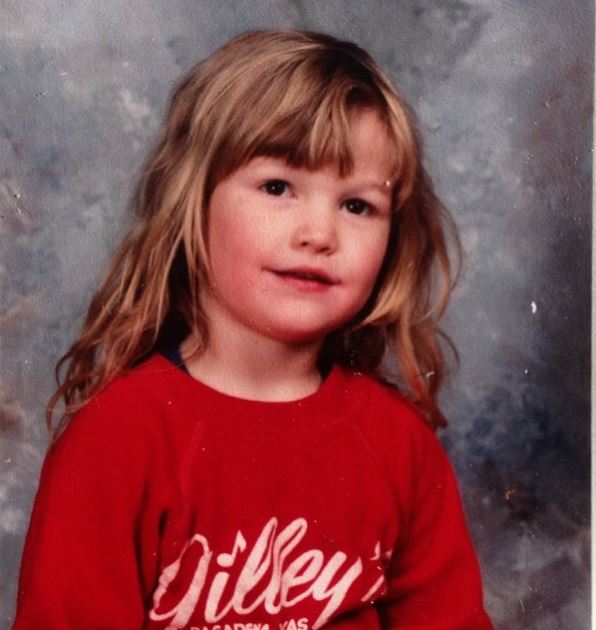 But overall, she had a pleasant upbringing. Julia’s father, John O’Hara, worked as an elementary school teacher, and her mother, Judith Newcomb Stiles, was an artist in Greenwich Village. John Junior and Jane, another sibling who also became an actress, were also around when Julia was growing up.

The love film I Love You, I Love You Not gave 15-year-old Julia her first acting break when she appeared alongside Claire Danes and Jude Law.

A few smaller roles then came next.

Finally, in 1999, with the release of 10 Things I Hate About You, Julia achieved success. Alongside Heath Ledger, one of Hollywood’s top male stars, Julia played the rebellious Kat Stratford. 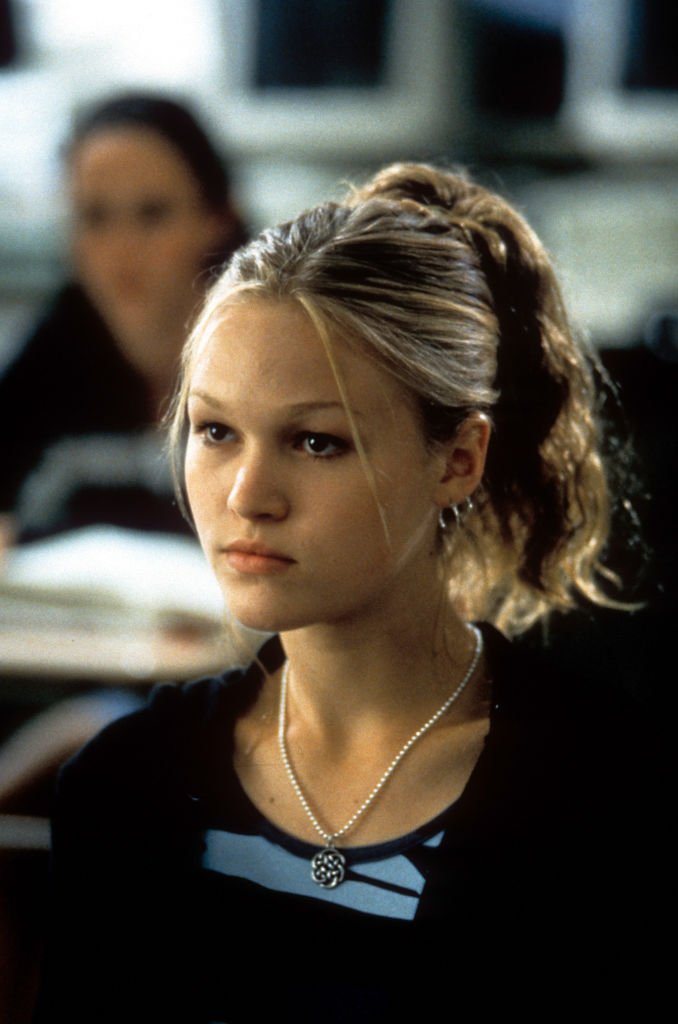 The high school comedy, which adapted Shakespeare’s The Taming of the Shrew into a tale about the struggles of American high school students, was a huge hit. Teen rom-coms were a popular genre in the 90s, and many young, talented actresses in Hollywood had a break through in them.

Kate Hudson, Katie Holmes, Jennifer Love Hewitt, and Kirsten Dunst were some of the celebrities that competed with Julia. However, she was determined in getting the role in 10 Things I Hate About You.

In 2009, she explained why she so desperately wanted the role: “I thought it was so refreshing, having a young girl be feisty and outspoken and be a fish out of water, but proudly [so],” she remarked.

Anyone who has seen the film will be able to see that Heath Ledger, who plays Julia’s love interest, and Julia have great chemistry together. It seems that Ledger, who was born in Australia, wasn’t even certain to earn the role. There were other applicants for the role, and Ledger’s Australian accent raised questions. 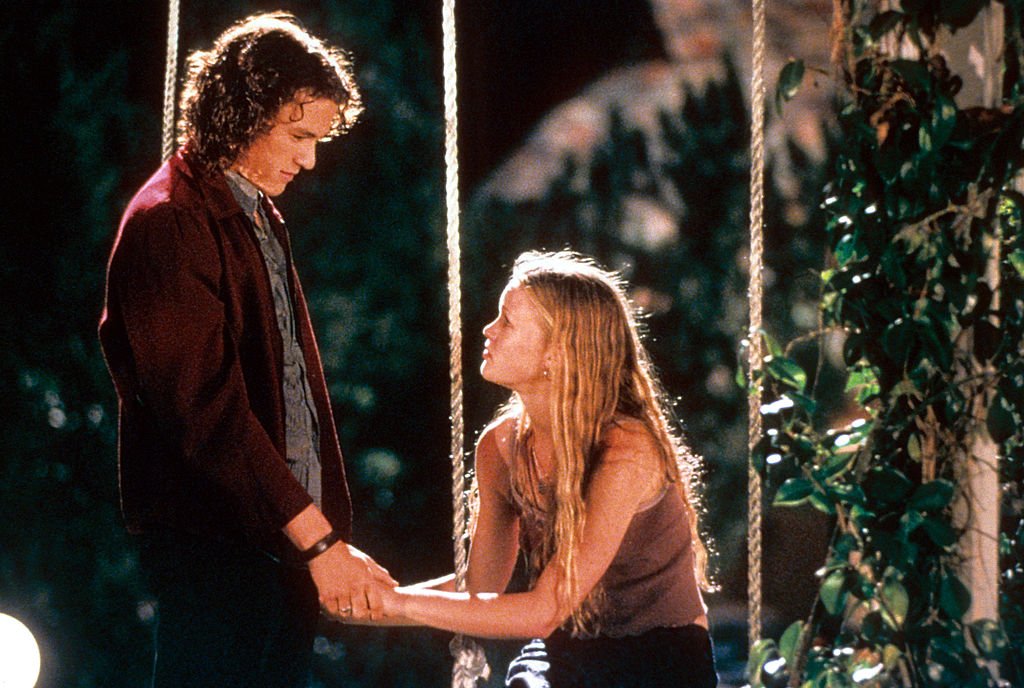 “We screen-tested Josh Hartnett, Eliza Dushku, Heath, and Julia. But Julia and Heath just had the best chemistry together,” the casting director, Marcia Ross, said in 2019.

The whole movie, which earned $60 million, was shot on actual locations; no sets were utilized. In addition to being selected as the year’s most promising new actress, Julia received the MTV Movie Award for Breakthrough Female Performance.

It’s reasonable to assume that after achieving fame, Julia was under a great deal of stress. High expectations from Hollywood and the general public led to a lot of filmmakers wanting the attractive, slim-eyed blonde in their next projects.

Julia ultimately made appearances in two other Shakespearean adaptations for a variety of reasons. 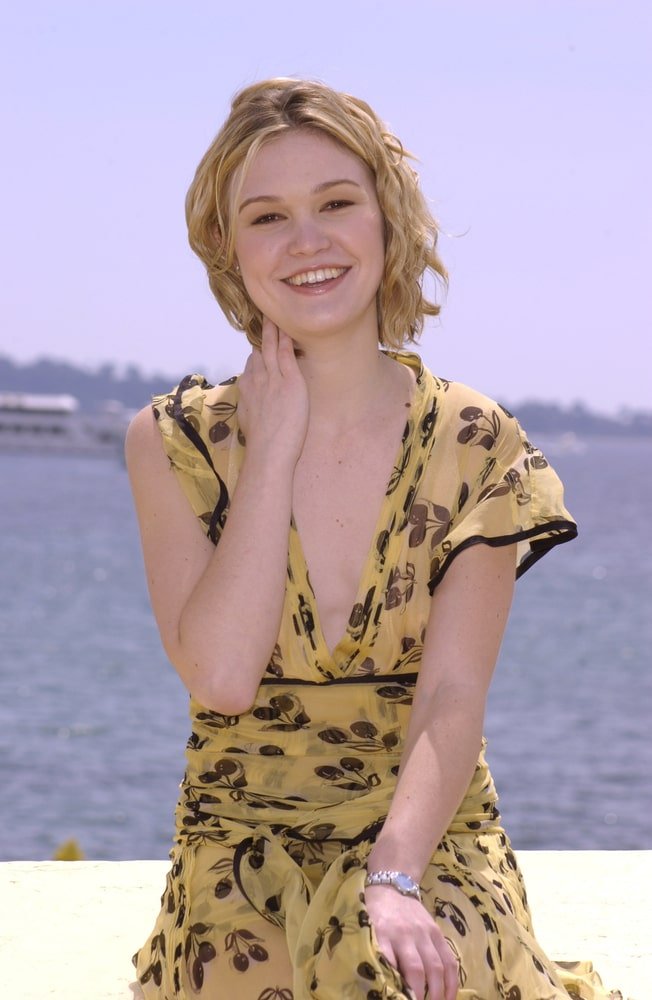 One year after her success with 10 Things I Hate About You, Julia played Ophelia in the Ethan Hawke-starring drama Hamlet. After that, she played Desdemona in O, a boarding school-set movie adaptation of Othello.

“Those were coincidences. I didn’t plan to do three adaptations of Shakespeare. But it wasn’t completely unconscious either. They came to me as separate projects and intrigued me of different reasons,” Julia told reporters at the Toronto Film Festival in 2001.

Save the Last Dance was Stiles’ next big commercial hit in 2001. She then got the part of Nicolette “Nicky” Parsons in the Jason Bourne film series. 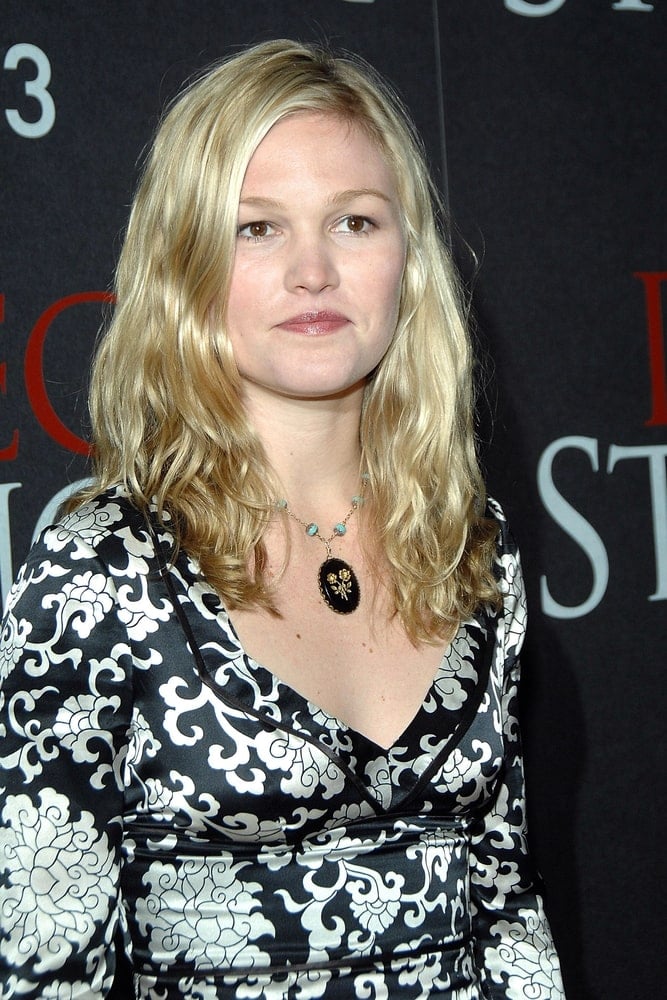 Julia frequently had numerous movie appearances every year during the 2000s, but by the decade’s close, she was far less active. When she opted to enroll at Columbia University in the height of her fame and fortune as an actress, she shocked her admirers.

She took English and Latin American studies while juggling acting for many years. In 2005, she earned a degree in English literature. It’s difficult to determine if attending college when her career in Hollywood was booming benefited or hurt her.

“Academic professionals don’t really give a s*** about me being in a movie or having to go to the MTV Movie Awards. But then also people in the entertainment industry don’t really care about the university. That helped me a lot,” she told The Daily Beast in 2019. 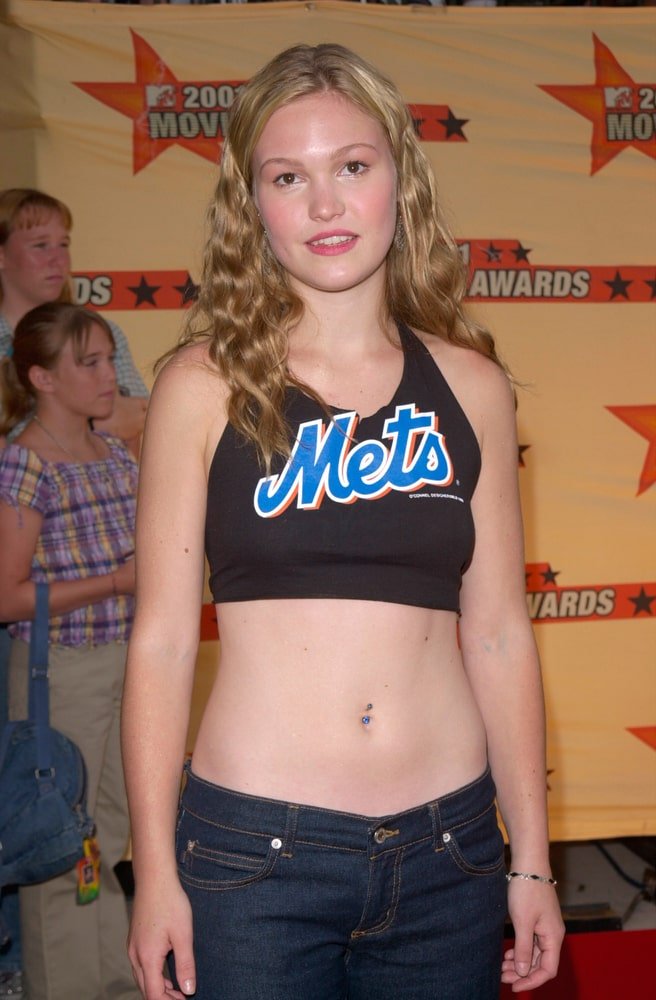 Julia was able to maintain her perspective thanks to education.

“The good thing about being in college was that people took little interest in me because they were so preoccupied with their own ambitions and exams. Also, there’s that thing in academia where movie-making isn’t supposed to be that important, it’s low-brow. So that was refreshing to me and I was determined to be taken seriously,” she declared in 2007.

Julia was frequently questioned at the start of each semester about the value of continuing her education since there were available film opportunities and attractive offers.

“I don’t want to turn 50 and have regrets that I didn’t go back. Besides, just when I think my head might explode, it’s such a relief to go back to Columbia where they don’t care what magazine cover I’m on,” she said in 2004. 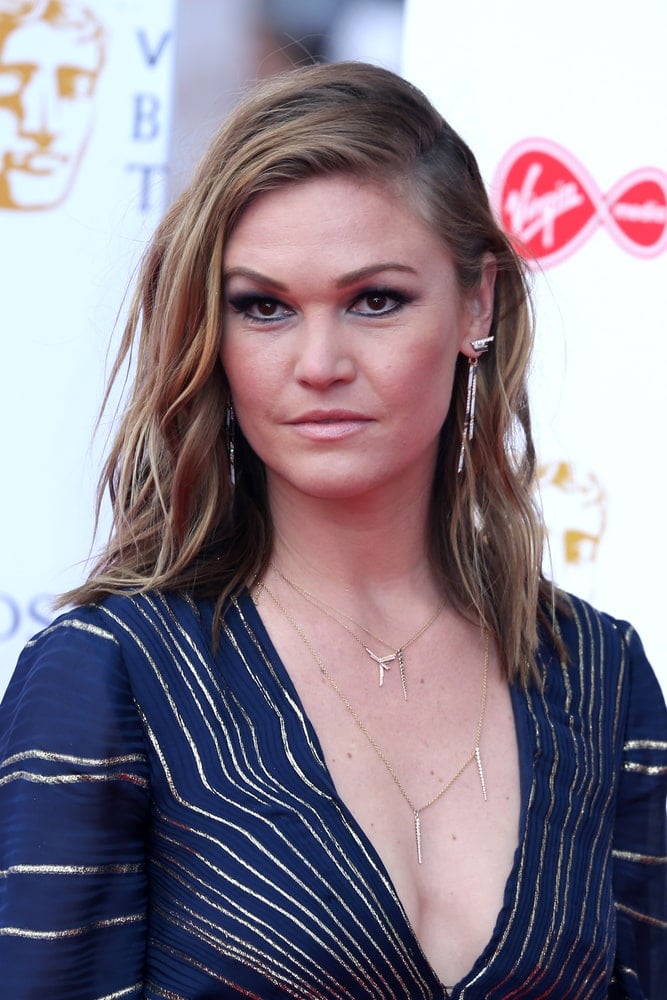 Of course, there were a few strange instances when the famous young celebrity attempted to fit in with the other kids.

“And then, yeah, there were some really funny, weird moments, like a limo for the MTV Movie Awards pulling up in front of my dormitory with my name on it,” Julia once said.

Her career took a turn in 2019 when she landed the role of journalist Elizabeth in the criminal comedy-drama Hustlers.

The movie, which was made on a small budget and in just 29 days, was a major box office hit. With Jennifer Lopez and Constance Wu among her co-stars, Julia thought she was back on track.

“A movie like Hustlers to me is such an affirmation that like I have a place in the film industry and stories that I’m interested in are being told”.

Julia is now an accomplished lady who is fully in charge of her profession rather than “simply” being a former teen actor. She will soon make her directing debut, and recently, she received acclaim for her performance in the crime drama Riviera. The central character of the British television series, which stars Julia, is a newlywed whose spouse perishes in a boat explosion.

It gained such a following in the UK that it eventually found its way to the United States, where it debuted in 2019 on the channel Ovation.

It’s no secret that it’s challenging for older women to succeed in Hollywood nowadays.

Julia Stiles has appeared as the lovely girlfriend, a mother, and now frequently plays darker, more complicated characters. Nevertheless, it is undeniable that she has accomplished pretty much all there is to do in front of the camera. The Manhattanite, who has referred to herself as a feminist, can look back on her breakthrough in the ’90s and see how she contributed to changing the industry.

In many respects, Julia’s role as Kat in 10 Things I Hate About You marked a turning point in her career.

In the period of the adolescent rom-com, her character Kat was one of the few alternative intellectual and feminist protagonists. The Riveria singer now claims that she would be “very thrilled” “if I had even a little part in that progression of confidence in women.”

Thank goodness, a lot of things have improved.

“I think when I finally got cast in that role — and I was thrilled — I was probably worried at that time about, ‘Well, where is my whole career going to go when I’m approaching 40?’

“Now we still have a long way to go but there has been a seismic shift in the entertainment industry where I feel like the roles that are coming my way and that are available to me and my peers, whether it’s behind the camera or in front of it, is even more interesting and exciting now than what we were doing in our 20s, generally,” Julia told.

Although I had no clue Julia was still working as an actor, it’s obvious that her career and family priorities have changed.

But she appears to be having a good time, and she is a talented actor! Julia, best of luck in the future!

Previous Find your inner beauty
Next The prince was “humiliated.” Announcement by Meghan Markle