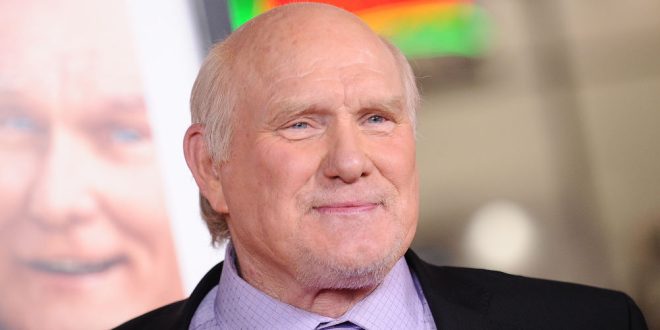 Terry Bradshaw, one of the greatest quarterbacks of all time, is until this day loved by many for everything he gave to the world of football. Despite being famous, Bradshaw is a very grounded man with a heart of gold.

Born in 1948 in Shreveport, Louisiana, to parents who taught him and raised him right, he got interested in football from very early age.

”That’s all you heard out of that child – football, football and that’s all he did. I mean from little up. That’s all he ever did. He had a football in his hand,” his mother Novis explained in 1989.

”There was not anything ever given to him. He had to work and he did and he was determined that ’I’m gonna do it’. Because he wanted it so bad.”

People became aware of how great of a player he was shortly after he attended Woodlawn High School. He became the leader of the Woodlawn Knights football team and ended the season with 22 touchdown passes. During this period of his life, Bradshaw broke yet another record, he threw the javelin 245 feet (74.68 m), and got featured in Sports Illustrated where he was described as a promising young player.

After high school, Bradshaw attended Louisiana Tech University. ”I didn’t want to go to LSU,” he said back then. “They didn’t throw the football. They do this year, right? But they never had thrown it. Matter of fact, I’ve always said they haven’t had a great quarterback ever. Even when they had Bert Jones, they didn’t use him properly.”

His incredible talent made him the first pick in the 1970 NFL Draft. Pittsburgh Steelers got to pick first and they never hesitated when they chose Bradshaw to be in their team. Well, the rest is history. He helped them rise from the bottom and win four Super Bowl finals. However, not everything went smooth for him during the first years in the NFL.

”You have to understand, now, I’m a momma’s boy. I’m from the south. My way of being raised is totally different than the big city life. I truly was a country boy,” Bradshaw recalled in an interview with CBN.

His opponents said he was dumb, with former Cowboys linebacker Thomas “Hollywood” Henderson once saying, “Bradshaw’s so dumb he couldn’t spell cat if you spotted him the ‘c’ and the ‘t.’”

”And I was just a good old Southern kid. I was a nice guy, but, if you talked like this – and I threw a lot of interceptions my rookie year. And this one guy said, ‘well, he can’t read defenses, so therefore he’s got to be stupid.’ The image thing hurt. I didn’t trust people. I didn’t like ‘em. I didn’t like ‘em, I didn’t like going around the city. I don’t like stickin’ my head out. People weren’t nice to me and I understand that. But, at the same time, when we did start winning, Scott, I never allowed myself to be accepted because I remember how painful it was for five years,” Bradshaw told Scott Ross in Fox network’s NFL Sunday program.

With the help of Bradshaw, Pittsburgh Steelers won four Super Bowl titles. His first Super Bowl victory was in Super Bowl IX, followed by Super Bowl X, Super Bowl XIII, and Super Bowl XIV. During that game, Bradshaw had a 64-yard touchdown pass and was hailed as the “greatest throw of all time” by the NFL.

In late 1983, Bradshaw retired from NFL.

In 1984, he switched careers and became a sportscaster. Even during his career as a player, he was often a guest commentator for CBS Sports, so becoming a game analyst didn’t come as a surprise. In 1995, he joined Fox Sports, and in 2002, he was voted America’s Favorite Sportscaster in a TV Guide Reader’s Poll.

Besides being one of the best players in the NFL history, Bradshaw appeared in commercials and films and even has his own show on E!, The Bradshaw Bunch.

Having in mind his impact in the world of football, one would think that he has earned huge amounts of money throughout the years. According to Celebrity Net Worth, he has a net worth of $25 million, which isn’t a lot compared to what football players are paid nowadays.

His annual salary as a sports broadcaster is $1 million a year, which again, compared to what others in the field make, isn’t much. CBS’ Romo, for example, is paid $17 million a year, according to journalist Andrew Marchand.

When it comes to his private life, the NFL icon was married four times and has two daughters.

He remains one of America’s sweethearts, especially because he never let fame change him a great deal. He is described as humble and grounded by those close to him, and a recent event involving him proves that to be true.

Namely, someone had a hard time starting the vehicle when Bradshaw noticed them and stepped in. When he managed to start the vehicle, Bradshaw shouted “touchdown,” and the driver, who didn’t recognize the NFL legend, watched in confusion.

“He had no idea who was helping him until he came in the store to use the computer and we told him,” Cindy Hurt Hammer, who filmed the sweet moment, told NBC 5.

Terry Bradshaw is an icon and that’s something we call agree on.