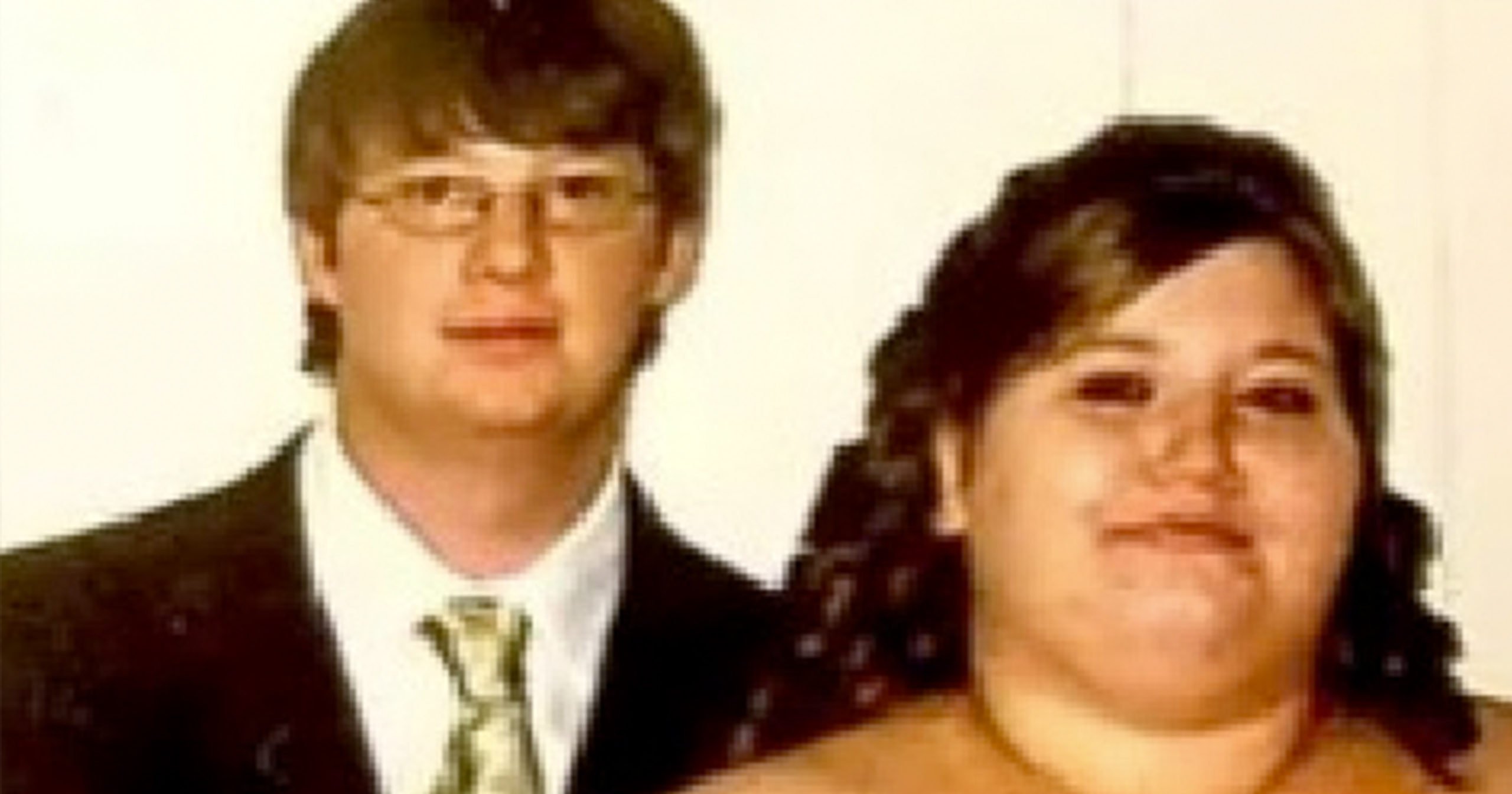 Determination is a trait very few people possess. The truth is that not everyone can achieve their goals and dreams, and the reason why is the lack of motivation and giving up easily. However, once one changes their mindset, the sky is the limit.

Lexi and Danny, a couple from Terre Haute, Indiana, had been friends for around ten years before they started dating. At the time they tied the knot, Lexi weighted 480lbs, and Denny was 279lbs.

Although he weighted less than her, Danny didn’t lead a healthy lifestyle and he only gained more and more weight over the years.

“He never saw me as my size, asked me to change, or made me feel as anything other than beautiful,” Lexi wrote on Instagram. She, however, admitted that she has always been an emotional eater, and the two ate over 4,000 calories a day, mostly through fried food.

Danny admitted that vegetable was almost never part of their meals.

Then, back in 2016, they both decided enough was enough. One situation made Lexi aware of her current situation. She was obese and she wasn’t healthy, and that needed to change. “I had long been looking forward to going to an amusement park and riding the roller coaster,” Lexi recalled. “But when I got to the beginning of the queue, I was told I was too heavy. I couldn’t go. It was so incredibly embarrassing.”

This was her wake-up call. She knew her life was in her hands and that she needed to make a change. Of course, both her and Danny were aware that change doesn’t happen over night, but they were willing to do whatever it takes in order to lose weight.

Speaking of their unhealthy eating habits, the couple revealed, “We often went to Asian eat-all-you-can-buffets. Then we went home and ordered more fast food.”

In order not to give up, Lexi decided to document her journey on her Instagram account “Fat Girl Fed Up.” At the beginning, not many people followed her, but now, in 2021, she has over 1.2 million followers who admire her determination and praise her hard work.

Another thing that made this couple change their lives for the better was the fact that they struggled having a family considering their weight.

“We were fed up with the life that we were living and all the things that we weren’t able to do together as a couple. We also feared if we didn’t get our health under control, we would never be able to start a family,” Lexi said.

The first step towards a healthier lifestyle was hitting the gym. Going there wasn’t easy for Lexi, but nothing could stop her at that point. “I started going there when I got a free trial and — since it was never really crowded, my machine faced the wall (so I didn’t feel like everyone was watching me), and I found a machine called the CrossRamp that didn’t hurt my joints at 485 pounds — I fell in love with it.”

Lexi and Denny made a rule they swore to follow. “No eating out, no soda, no alcohol, no cheat meals, and working out for 30 minutes five times a week.” Initially, this rule was only supposed to be followed for a month, but once they started eating healthy, there was no going back.

Believe it or not, both Lexi and Denny look like completely different people today. They have always been happy, but now they are also healthy.

“Danny and I are still working very hard every day to achieve our goal,” Lexi says proudly. “We’re not there yet, but, still, I’d never thought that we’d even get this far. It’s just incredible. Many small steps can go a long way.”

Their journey serves as inspiration for many. The couple appears on shows every now and then where they speak of their achievements and what it takes to not give up.

“Every day is a non-scale victory and a reminder of how far I’ve come. Like, I loved myself even at 485 pounds, but just to be able to wake up and do whatever I want to do and go wherever I want to go… I don’t feel like I’m a prisoner in my own body anymore,” Lexi says.

“Start small — small changes add up to big results — and focus on each day, not how far you have to go,” she adds.

We are so happy and proud of this couple. They are a proof that hard work always pays off.

Previous Alec Baldwin is torn down and can barely stand on his feet after the tragedy of the filming
Next Woman Had Just Given Birth, A Few Seconds Later Husband Collapses