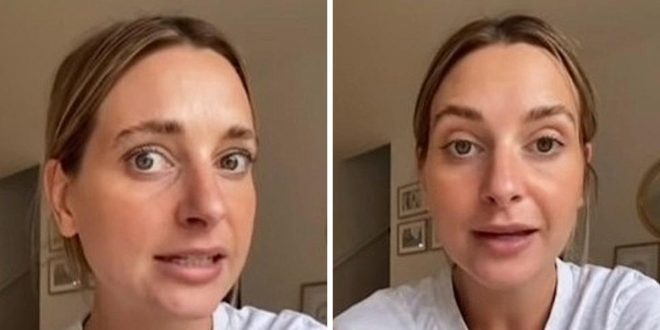 Family Can't Hug Her 2-year-old Daughter!? This is why!

Family Can’t Hug Her 2-year-old Daughter!? This is why!

Every parent decides how to raise their child, and they have their own different ideas. Some of them choose to be laidback, while others have more strict rules. For example, with the rise of technology and the internet, parents from all around the world can share which techniques are the best choice to raise a happy and healthy kid. Some of those approaches are applauded, but others create intense debate.

For example, on Reddit, a mother explained to the other users how her six-year-old daughter bitten her grandmother because she simply didn’t want to be hugged. Which led to a huge debate about whether grandparents should be allowed to hug their grandchildren when they want and do, they have the right to do that. To the witch, many mothers answered that consent for physical affection towards their child should be required for anyone, even if they are family members or grandparents.

Brittany Baxter has supported this point by making a series of videos on Tik-Tok. She is a mother from Australia, and in her videos, she explains that all grandparents should ask her two-year-old daughter for permission before hugging her. She also states that no one has the right to demand physical affection from her child. Her first video was uploaded in April 2021, and since then, there have been many debates about whether this practice is valid or fair. But for Brittany, there is no other way about it, and she keeps making waves on the internet with her series of videos of why consent is important, even for toddlers.

Brittany also says that the grandparents of her child are still crossing the boundaries even though she is explaining them the same thing repeatedly. she is also adding that her daughter of two years can understand how consent works, but for some reason, adults still take boundaries personally. In one of her videos, she states:

“As a parent, I practice consent with my daughter, and something has been really bothering me lately…”

She used the Tik-Tok platform to ask, “Can we please start normalizing the fact that kids do not have to kiss and hug adults?”

Brittany also explained that she tries to teach consent to her daughter from the day that she was born. So she thinks that it is very unhelpful when adults around them are mocking that they need to ask for consent for a hug or a kiss. And when she says no, their feelings are hurt, and despite that, they still decide to overstep her boundaries.

Baxter continues, “My daughter and her body do not exist to make anyone feel more comfortable and to make anyone feel more loved. “It is not her fault, and it is not my fault that the older generation hasn’t taken the time throughout their entire lives to learn how to regulate their emotions/feelings, so consent doesn’t continue to be overlooked.”

For her, the most important thing is her daughter, so she stated,

“No one’s feelings are ever going to be more important than my daughter’s right to her own body.”

She made it clear that she doesn’t like crossing boundaries and that she will not allow her daughter to grow up in an environment where she doesn’t know how to say no, and where she is not going to be respected. She ended one of her videos with “Grandparents, do better.”

When Bettany was speaking to sunrise, she explained why she made the video

“If we can’t allow our children to say no and we can’t teach them that it’s ok to say no, how are they ever going to be able to do that when they find themselves in difficult situations where they feel uncomfortable?”

Her video went viral and had more than 400,000 views. However, Bethany says that she received a mixed response. She said to the news outlet,

But still, she also got a lot of support from other parents in the comments. Women are commenting such as “I love this,” and there was a comment from a man “50-year-old, proud uncle here. I learned early to ask, ‘Would you like a hug, high five, nothing“. So, she sees that support as very important.

On the other hand, others think that she went too far. For example, one woman commented,

“I encourage my 21-month-old to bond (through emotional and physical warmth) with my parents, and she is so connected to them. I really don’t get your anger.”

We can surely say that Bethany’s videos created a huge debate, and there are many people on both sites.

We expect to hear your thoughts on this. Do you agree that grandparents should ask before asking to hug their grandchild? And make sure to ask others how they feel about it.