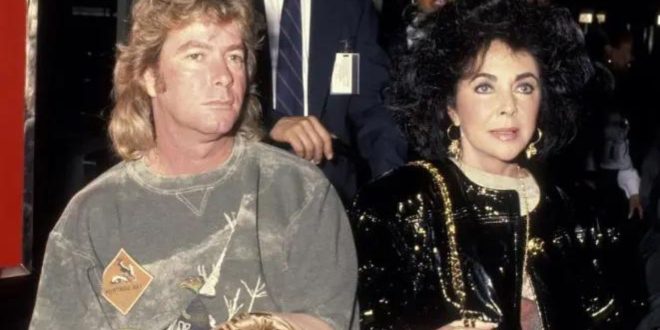 Seventy-nine-year-old Elizabeth Taylor wanted to keep the details of her final wishes private when she died from congestive heart failure on March 23, 2011. The film icon used a revocable living trust as the governing document of her estate plan—a move that prevented the details of her estate from becoming available to the public. A last will and testament would have been open to public consumption when it was filed for probate, but trusts do not require probate.

However, Taylor’s decision didn’t keep one of her beneficiaries from spilling the beans. Taylor’s seventh and final husband, Larry Fortensky—she was married eight times but twice to Richard Burton—was more than glad to talk about what he would be receiving from the late actress’s estate. After Taylor’s death, Fortensky revealed in an interview with London’s Daily Mail that he received a letter from the late actress’s attorneys informing him that she had bequeathed him $825,000. He was also awarded $1.5 million in their divorce.

Ironically, Fortensky spoke very little about his marriage to Taylor during the actress’s lifetime. He never mentioned any other details regarding his relationship with her.

Fortensky—20 years younger than Taylor—was working as a construction worker when he married the living legend in 1991 at Michael Jackson’s Neverland Ranch. He met Taylor while the two of them were in rehab at the Betty Ford Center. Taylor was there for her addiction to pills, and Fortensky was there for his chronic addiction to beer. The couple stayed married for five years, divorcing in 1996. According to Fortensky, his ex-wife paid him $1,000 a month after the divorce, and continued to do so up to the time of her death because she thought “he could use a little help.”

Fortensky admitted that he accepted the money, but he said that he never asked Taylor for any money. At the time of the divorce, Fortensky’s sister, Donna, had revealed to Taylor that Larry was suffering from a dire financial situation. That’s when Taylor’s checks started arriving in the mail.

Fortensky also said that he and Taylor stayed in close, regular contact. He and Taylor would speak on the phone at least twice a month—their last call was the day before she went into the hospital for the final time. He says her voice was weak, a result of fluid on her lungs caused by her failing heart. “She was going into hospital the next day. I thought she was going to be OK. I told her she would outlive me. She said, “Larry, I’m going to be OK.” ’A few days later Fortensky learned of her death from the television.

Fortensky was a man Taylor affectionately called “Larry the lion” because of his rugged looks. But Fortensky did not fare well following his marriage to Taylor. His face and body became bloated by medication taken to counter the effects of a serious accident he had when he fell headfirst down the stairs during a drunken party. His once-golden hair went completely gray, and he told people he was embarrassed by the way he looked.

He ended up suffering short-term memory loss as a result of the fall, which left him in a coma for six weeks. He moved into in a rented two-bedroom bungalow in the remote town of Menifee, California, with his sister, Donna, who helped care for him.

It wouldn’t have been a surprise if Fortensky’s interview with the Daily Mail had prompted Elizabeth Taylor’s other beneficiaries to loosen their lips, too. But the estate settled peacefully. All other terms of her revocable living trust have remained private, just as they were intended to. It’s rumored that the trust passed the majority of her assets to her children, grandchildren, and to various charities. It’s also believed, according to Bloomberg Business, that Elizabeth Taylor’s net worth at the time of her death was between $600 million and $1 billion.

The lesson to be learned from the course taken by Elizabeth Taylor regarding her estate is that if you want to keep the extent of your estate private, consider forming a revocable living trust just like she did—and caution your beneficiaries to keep their lips sealed after your death. When an estate doesn’t pass through the court-supervised probate process, the outside world will never become privy to the details of one’s financial situation.

Previous Dying Father Fights Death Just Enough To Meet His Daughter Once.
Next When she notices a pit bull dog shivering in the cold, a woman offers her own coat!