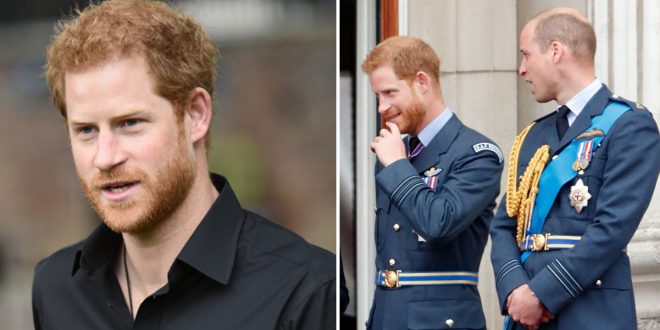 There is something about the British Royal family that makes people from every corner of Earth besotted with them. Always in the media and under the watchful eye of the wide public, the royals represent one of the most popular families in the entire world.

THAT THE RELATIONSHIP BETWEEN HARRY AND HIS WIFE MEGHAN WITH THE REST OF THE FIRM HAS BEEN A ROCKY ONE ISN’T ANYTHING NEW.

There were attempts for it to be rebuild several times, but to no avail. The brothers seemed to be as distant as back in 2020, when the Sussexes stepped down from their royal duties and left Britain behind. What followed were accusations made by both Harry and Meghan, among which those of racism.

Those accusations, along with the one that William and Charles were both trapped in the system, the one Harry left thanks to his wife who opened his eyes, made William mad. Being first in line to the throne, William has always made sure to serve and protect the best interests of the Crown, and with that, the system Harry attacked.

NOW, IN THE WAKE OF QUEEN ELIZABETH’S DEATH, THE SPOTLIGHT IS TRAINED ON THE ROYALS LIKE NEVER BEFORE.

Royal experts claim Harry and Meghan offered olive branches to the family and are doing all in their power to smooth things down, but as of now, it seems that not much progress has been made.

The Sussexes were in Britain during the mourning period and the Queen’s funeral, and spent most of their time in the company of the new Prince and Princess of Whales.

According to a new book by author Valentine Low, Courtiers: The Hidden Power Behind the Crown, an extract of which was published in the Daily Mail, William reached out to his brother and Harry was initially open to the offer but he then turned his brother down due to fears that news of any such meeting would be leaked by royal staff.

“The day after the documentary aired, William WhatsApped his brother to ask if he could come and see him.

“Initially, Harry was in favour. Then he spoke to his brother again and asked him whom he would tell. William explained that he’d have to clear his schedule, which would mean telling his private secretary. At that point, Harry told him: Don’t come,” the extract read.

“He was so concerned that William’s team would leak the visit to the Press that he would rather not see his brother than risk it getting into the papers.”

Low further claimed that the ruined relationship between the brothers who were once very close is affecting people close to both of them.

BACK IN THE DAY, IT WAS REPORTED THAT LATE PRINCESS DIANA MADE HER SONS PROMISE TO NEVER GET APART AND BE CLOSEST FRIENDS THEIR ENTIRE LIVES.

“You must promise me that you will always be each other’s best friends,” Diana is said to have told her boys.

“And never let anyone come between you,” she added, after which the brothers apparently “high-fived each other and gave their mother a big cuddle”.

Harry is releasing a memoir later this year, and the content of it is likely to determine the course of how their relationship will progress.

Previous Harsh Remarks About Her Huge Belly “This is the worst pregnant belly I’ve ever seen.”
Next The most recent photo of Barron Trump towering over his father Donald Trump has people talking