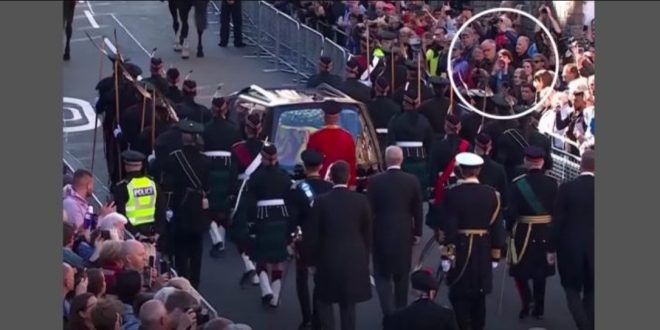 The Prince was paying his respects to his mother Queen Elizabeth II during her funeral procession. The Queen’s funeral party proceeded through the streets of Edinburgh Monday., Andrew was included in the group of men walking behind Queen’s casket. A heckler targeted Prince Andrew with insults before the police stepped in.

There was a moment of silence on Edinburgh’s Royal Mile today that was disturbed when a heckler yelled in a clear, loud voice, “Andrew, You’re a sick old man.” Video from social media seemed to show a young man being forcibly removed by police. It was later reported that he had been arrested.

There is a lot of drama around Prince Andrew. In February, he settled a lawsuit with Virgina Giuffre who alleged she had sex with him 3 times as a minor. Prince Andrew continues to deny these charges. It is also believed Prince Andrew had ties with convicted sex trafficker Ghilaine Maxwell and her partner Jeffrey Epstein.

Here’s Video from the incident:

Previous She was called “the most beautiful girl in the world” when she was 3 years old. This is how she looks at 17 years
Next Prince Harry Might Change His Mind About Meghan Markle, Here’s Why