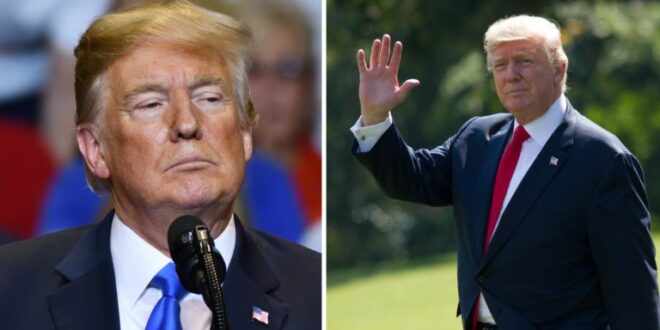 The question on everyone’s lips is whether or not Donald Trump will be running for President in 2024. Advisors to the former President have claimed that he will indeed run, while others argue that his time in politics is over.

It’s not yet clear if it will actually happen, though a former White House aide, Omarosa Manigault Newman, has interestingly claimed that it might be Trump’s physical condition that is the biggest factor regarding if he’ll run or not.

Perhaps somewhat alarmingly for Trump fans, Newman has said the former President might not be healthy enough to run. 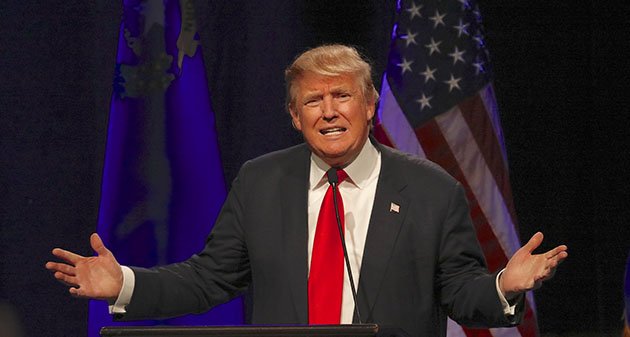 Since leaving the White House in January, Donald Trump has stayed at his Mar-a-Lago estate in Florida. Alongside Melania Trump, his son Barron Trump – who just enrolled in a new school – and his other children, the former President has kept a low profile.

As early as straight after Trump had lost the 2020 election, rumors about him running again for President in 2024 ran rampant.

Back in April, Trump was not especially cryptic about his future plans, teasing a return to politics in the future.

“The answer is I’m absolutely enthused,” Trump said. “I look forward to doing an announcement at the right time.

“As you know, it’s very early. But I think people are going to be very, very happy when I make a certain announcement,” Trump added. “You know for campaign finance reasons, you really can’t do it too early because it becomes a whole different thing.”

Back in May, Politico wrote on the subject: “Trump is confiding in allies that he intends to run again in 2024 with one contingency: that he still has a good bill of health, according to two sources close to the former president. That means Trump is going to hang over the Republican Party despite its attempts to rebrand during his exile and its blockade of a Trump-centric investigation into January’s insurrection.” 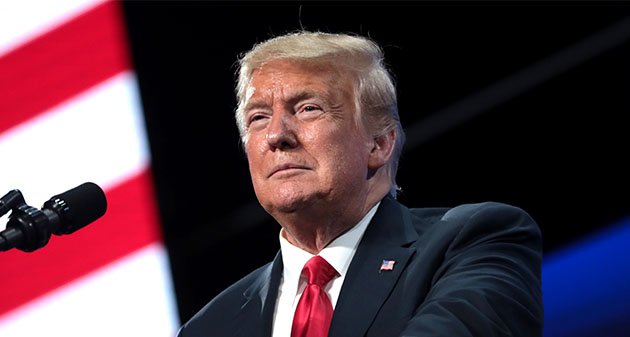 Longtime Trump adviser Jason Miller also claimed that Trump will most likely run for President in 2024.

He added: “I had a good conversation with him last night. I’m going to go see him in another couple of days here. He has not said the magical words to me, but if you talk to him for a few minutes it’s pretty clear that he’s running.”

Another person that is certain that Trump will run again is his niece, Mary Trump. In August, she claimed that “all signs” point towards Donald entering the 2024 presidential election.

“If you’d asked me if he’d run again in December, I would have said definitely not because he had just been humiliated and wouldn’t put himself in that position again,” she told Business Insider.

“But things have changed. He’s still spreading his ‘Big Lie,’” Mary Trump added, referring to a phrase used to describe Republican misinformation about the 2020 election.

“He’s also now spreading the second big lie. This is that the insurrection of January 6 wasn’t a big deal.”

During the 2020 Presidential election race, Trump put a lot of effort into decalring that Joe Biden was too old to run for President, and that the Democratic candidate’s health could become a problem. 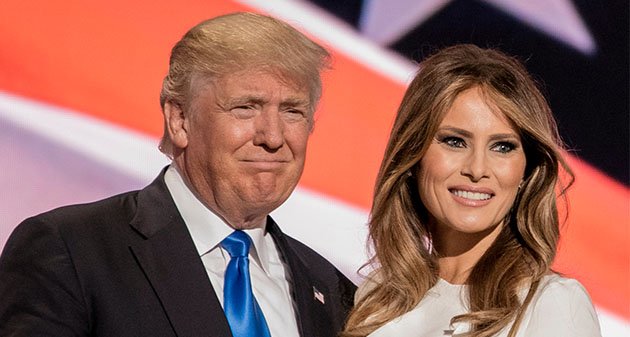 However, now it seems that the same rhetoric may be used against Donald Trump if he decides to run.

According to former White House aide Omarosa Manigault Newman, Donald Trump might not be in good enough physical condition to even run for President in 2024.

Speaking on MSNBC, as reported by The Hill, she suggested that Trump would benefit from speaking about how he’s actually feeling.

“I think, going into 2024, I’m really more concerned that Donald Trump hasn’t come forward and talked about his health,” she said.

Manigault Newman has known Trump for decades, according to The Hill. He was a former contestant on the “Apprentice”, though the pair’s relationship ended badly when Trump’s four-year tenure at the White House ended.

In 2018, Manigault Newman released her book Unhinged: An Insider’s Account of the Trump White House, becoming one of his leading critics in the process. Later, Trump would sue her over the publication, arguing that it violated a nondisclosure agreement. He lost the case after an arbitrator ruled that she had hardly included privileged information. 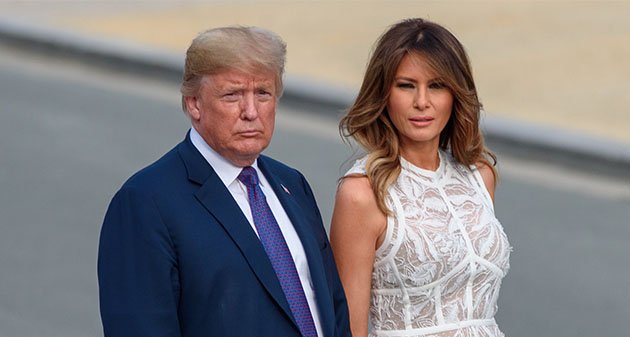 “I don’t know if he will even be healthy enough to run in 2024, and I think he needs to come clean to the American people about where he is on that before getting into a very stressful and strenuous race for the White House,” she added.

Mary Trump is also of the opinion that Trump’s age and health might be a problem.

“Remember, he’s 75, not in good health, and there are the criminal investigations into him,” she told Business Insider. “Hopefully, something will interfere with his ability to run but, if all things are equal, he will.”

Back in October of last year, Trump’s health came in for questioning after the former President tested positive for the coronavirus. At the same time, the White House received heavy criticism over the fact that they weren’t more transparent in releasing news on his health.

Trump’s coronavirus diagnosis came just a month before facing Joe Biden in the 2020 presidential election. Donald Trump was airlifted to Walter Reed National Military Medical Center in Bethesda, Maryland, to get treatment for his symptoms.

Trump was first treated with an experimental drug cocktail injection and the antiviral medication Remdesivir, according to the New York Times. First Lady Melania Trump also tested positive for COVID-19. 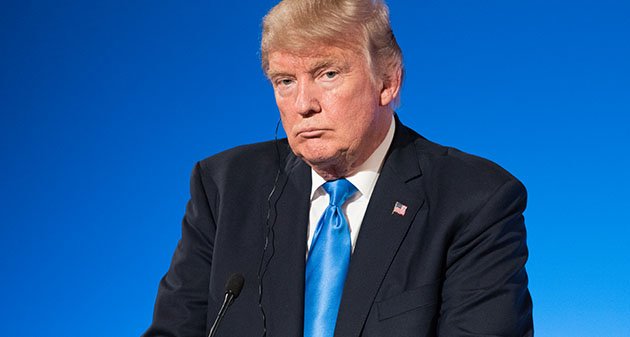 Several conflicting statements were put out over the seriousness of Trump’s well-being.

The president’s physician, Dr. Sean Conley, initially said that Trump wasn’t receiving oxygen. Just a day later, however, he contradicted his earlier statement and confirmed Trump was given oxygen.

“Late Friday morning when I returned to the bedside, President had a high fever and his oxygen saturation was transiently dipping below 94%,” Dr. Conley said, providing details he had concealed the previous day.

“Given these two developments, I was concerned for possible rapid progression of the illness. I recommended the president we try some supplemental oxygen. See how he’d respond. He was fairly adamant that he didn’t need it.”

On October 6 – following a three-night stay at Walter Reed National Military Medical Center – Trump returned to the White House to continue his treatment.

The first morning after his arrival at the White House, Trump compared the coronavirus to the flu.

“You’re going to beat it [coronavirus],” Trump told his supporters upon arriving at the White House. “As your leader, I had to do that. I knew there’s danger to it, but I had to do it. I stood out front, and led.” 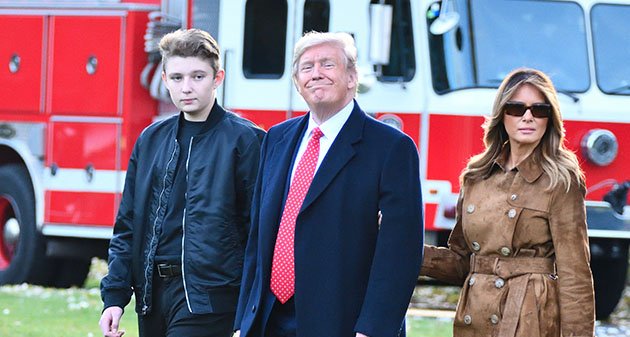 Donald Trump pulled through, but many other American’s haven’t been so fortunate.

In the US alone, more than 43 million cases have been reported, with 695,000 deaths confirmed as of October 5, 2021. This is according to the World Health Organization (WHO).

Although Trump returned to the White House following his coronavirus treatment, CNN reported that the former president’s well-being wasn’t as good as first reported.

According to the New York Times, back in February, Trump’s condition was worse than officials were willing to acknowledge to the public.

Citing four people familiar with the former president’s condition, Trump experienced “extremely depressed blood oxygen levels.” He was also found to have lung infiltrates, which can be a sign of serious illness in corona-positive patients.

CNN sources said that the ex-president’s condition became so grave, there was even talk of putting him on a ventilator, a person close to Trump said.

Lung infiltrates occur when “the lungs are inflamed and contain substances such as fluid or bacteria. Their presence, especially when a patient is exhibiting other symptoms, can be a sign of an acute case of the disease. They can be easily spotted on an X-ray or scan, when parts of the lungs appear opaque, or white,” according to CNN. 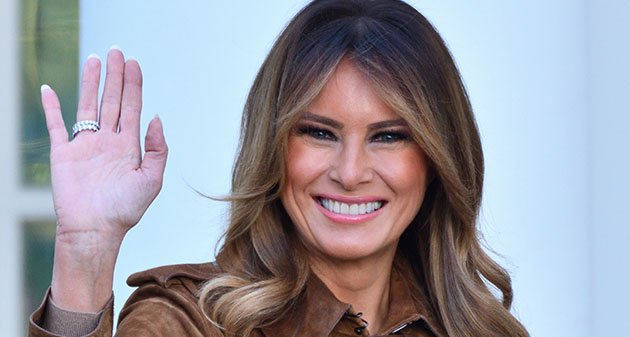 Even though Donald Trump could well be keen on running for President again, wife and former First Lady Melania Trump doen’t seem to share his enthusiasm for the idea.

According to CNN sources, Melania has already told several friends that she doesn’t intend on becoming First Lady again – she’s done with living in the White House and wants a more private life.

“Being the First Lady again is not what she wants,” one person close to the Trump family told CNN.

Furthermore, Melania doesn’t believe that political work for the Republican Party is her job, but rather her husband’s.

“You’re not going to see her at rallies or campaign events, even if he ‘officially’ says he’s running again,” another person said.

“Instead it’s going to be Lara (Eric Trump’s wife) or Kimberly Guilfoyle (Donald Trump Jr’s girlfriend). They have that same urge Trump has to run again; Melania absolutely does not.”

Do you think Donald Trump will run for President or not? Leave your thoughts in the comment section.