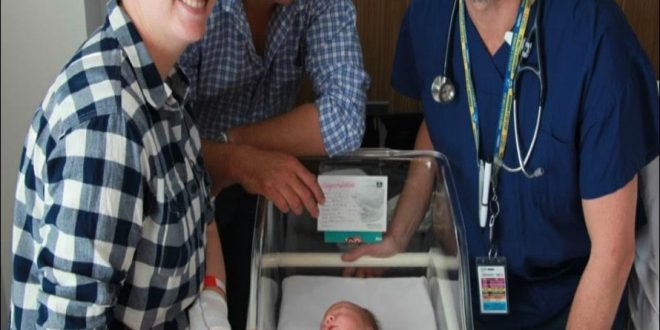 It happens once in 48 million births! She is the little girl who impressed doctors from all over the world.

On Tuesday evening, Caitlin and Tom Perkins welcomed their first child, Lucy, into the world.

Caitlin and Tom are amazing people in their own right; they are husband and wife who were both born on August 16, 1986.

But it seems that having a birthday with Mum and Dad wasn’t enough for the tiniest Perkins, who wanted to participate in the fun 30 years later.

“HOLD ON TO THE PHONE!” Dr. Brad Robinson, Caitlin’s obstetrician, wrote on his Facebook page on Wednesday, “You are not going to believe this story!”

“Can you guess who else has a birthday on August 16th now?” YEP. Lucy was born yesterday, on the same day as her parents, after SPONTANEOUS labor!”

Oh, yeah! This means that Mum, Dad, and the baby all have the same birthday; the chances of this happening are one in 48 million. 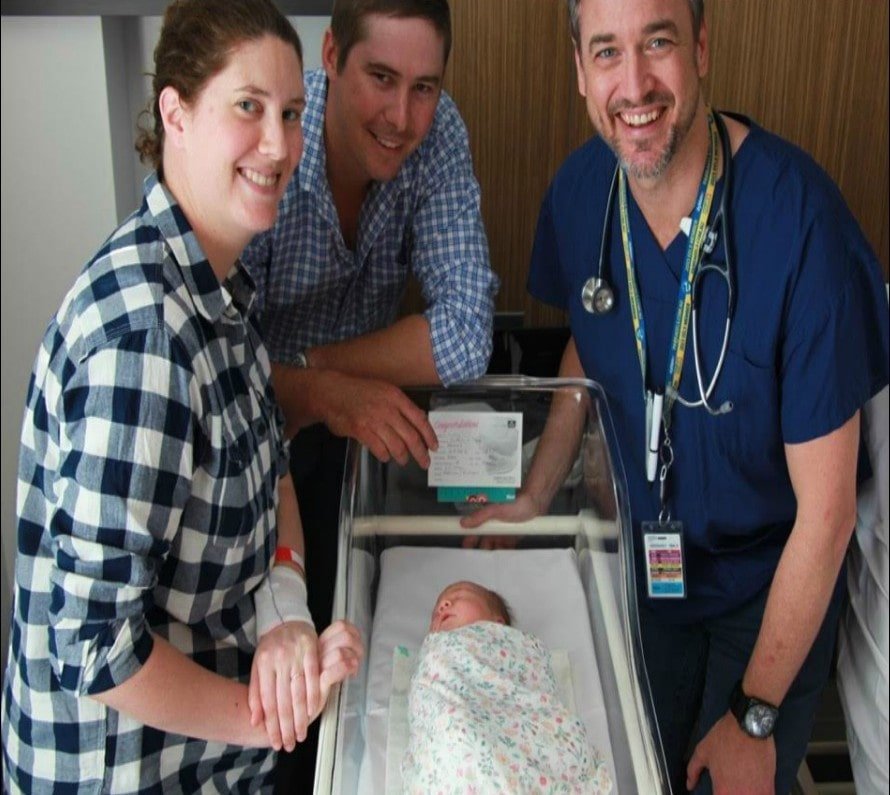 Lucy decided it was time to enter the world before Caitlin and Tom, who are from Dirranbandi in South West Queensland, could even attend their joint 30th birthday dinner.

Caitlin went into labor early Tuesday morning and was transported to Greenslopes Private Hospital in Brisbane.

“When my waters broke, I responded ‘No way,’ because I was in denial,” she explained.

Bub, however, couldn’t wait any longer and arrived at 39 weeks and 6:45 pm on Tuesday, weighing a healthy 3.3kg.

Dr. Robinson, who has worked in the sector for more than a decade, says it was one of the most memorable days of his life.

“I’m fortunate enough to have a job where I get special days on special days,” he said, “but yesterday was incredible.”

“It’s not every day that you’re pleased to be woken up at 2:15 a.m. by the phone. But around 2:15 a.m., I got a call from the midwife saying Caitlin had broken her waters, which I was overjoyed about because I had been pushing for it.”

One thing is certain: every year on August 16th, the Perkins will host a spectacular party.

Previous Julia Roberts’ daughter Hazel, 16, makes her Red Carpet debut
Next The Parents Went To The Son’s Grave And Saw That Only He Had Green Grass!