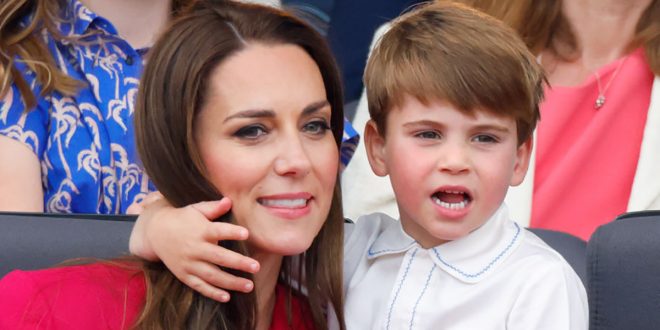 British royals, as well as the entire country, are doing all in their power to adjust to a life without the monarch who led them for 70 years. Queen Elizabeth was Britain’s strength who showed serious interest in government and political affairs, and apart from her ceremonial duties, she did a lot to modernize many aspects of the monarchy.

In a time where monarchies across the world seem to be losing public appeal, Queen Elizabeth II steered the British monarchy into a path of continuous relevance and impact.

Her death was a huge blow for the entire country and her family.

Among those mourning her loss are her three great-grandchildren, Prince George, who is now second-in-line to the throne, Princess Charlotte, and Prince Louis, the children of William, Prince of Wales, and Kate Middleton.

George and Charlotte attended their great-grandmother’s funeral and are old enough to understand that the Queen is gone. The youngest of the siblings, Louis, who is just 4 years old, has a hard time understanding what is going on.

Reportedly, the newly appointed Princess of Wales, told Australia’s Governor-General David Hurley in a conversation that her younger son is struggling with everything that is taking place due to his young age and is confused, thus asking plenty of questions about Queen Elizabeth.

According to Hurley, George and Charlotte do understand that Her Majesty is gone, and they are perfectly aware of how important she was to the people of Britain. George is “sort of now realizing how important his great-grandmother was and what is going on,” Hurley was reported to have said.

Apparently, Louis expressed concerns about the way the family’s summers at Balmoral Castle would look like now that his great-grandmother is dead. He is still unable to take in everything that has happened, but he has sweet memories with the late Queen, such as the games they used to play together.

“The younger one is now asking questions like, ‘do you think we can still play these games when we go to Balmoral’ and things like that, because she’s not going to be there?’” Hurley said.

The young prince wasn’t in attendance at the funeral as his parents believed the lengthy ceremony would be “overwhelming for their youngest to handle and digest.”

They also had second thoughts about George and Charlotte as well, but since they attended Prince Philip’s memorial service, the new Prince and Princess of Wales decided their older children should be present at their great-grandmother’s funeral.

It was Kate who shared the news of the Queen’s passing with her children prior to the official announcement as she wanted her to be the one to tell them.

“She gently told George, Charlotte, and Louis about Elizabeth’s passing at Windsor prior to the official announcement. She wanted them to hear the tragic news directly from her to ease the blow,” a royal insider reported, as per Closer Weekly.

“Kate said that Elizabeth is in heaven with Prince Philip. There were lots of tears and hugs, naturally. The children are upset.”

The changes which followed include the three siblings as well. Since their parents got new titles, the children will now be known as the “Wales Children,” with the youngest being referred to as Prince Louis of Wales.

According to People, the kids “have settled in nicely with their new school and have new friends.”

Previous Everyone loves Jennifer Aniston.
Next King Charles’ staff given ‘heartless’ redundancy notice while mourning the Queen – and they are not happy about it