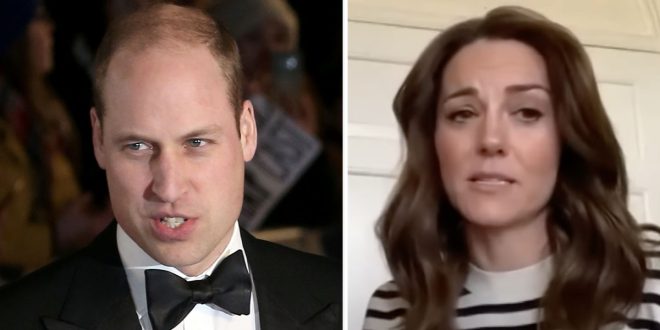 The Duke and The Duchess of Cambridge, Prince William and Kate Middleton, represent one of the most influential couples in the world. Kate is a much loved member of the Royal Family and her love story with William dates way back, from the time they were both students at the University of St. Andrews in Scotland.

Speaking of the time the two met for the first time through mutual friends, Kate recalled: “I actually went bright red when I met you and scuttled off feeling very shy about meeting you.

According to the documentary The Day Will and Kate Got Married which aired in April 2021, the two were just good friends at the beginning but one night changed it all. During a student fashion show, Kate wore a sheer dress that wooed the Prince, and the rest is history.

“A switch had been flicked, he suddenly saw her in a different light, and I really believe that was the turning point in their relationship,” Vanity Fair’s royal correspondent, Katie Nicholl, said in the documentary.

A reported by The Telegraph, Prince William said: “We were friends for over a year first and it just sort of blossomed from then on. We just spent more time with each other and had a good giggle, and realized we shared the same interests.”

Their love was deep and they got the entire attention from the media. Kate even made a public appearance with the Royals and attended the Sovereign’s Parade at the Royal Military Academy, in which William attended, along with her family.

And as everyone believed a royal marriage was just around the corner, the two split in 2007.

Recalling the time of their break up, both Kate and William claimed it was actually good for them because they got to “find themselves.” Kate even said that “you can get quite consumed by a relationship when you’re younger,” as per The Telegraph.

The two got back together in 2008 and William proposed to Kate in 2010 during a trip to Kenya with his late mother’s engagement ring.

However, just recently, a newly-resurfaced report by the Mail in 2007 gave us clearer picture of what actually happened during their split. As William was partying at London nightclubs and was dating different girls, Kate believed he was “cheapening her image.” According to royal correspondents Laura Collins, Katie Nicholl, and Ian Gallagher, “harsh words” were exchanged between William and Kate as she felt humiliated by his behavior.

“It was the first such warning she had dished out over the course of their four-and-a-half-year-relationship,” the report reads, as quoted by Express.

“Kate had had enough and words were exchanged. Kate told William that he was making her look bad. She has coped for years with girls flinging themselves at her boyfriend and for a while she found it humorous and even flattering.”

The good thing is that the two were able to make things right. William and Kate got married on April 29, 2011 and celebrated their 10th wedding anniversary this year with beautiful photos of the family.

One thing is certain, they are very much in love with one another and make an amazing couple.
Previous Toby Keith Makes Heartbreaking Announcement But Remains Hopeful For a Return
Next The woman was upset and told her grandmother that her husband cheated on her