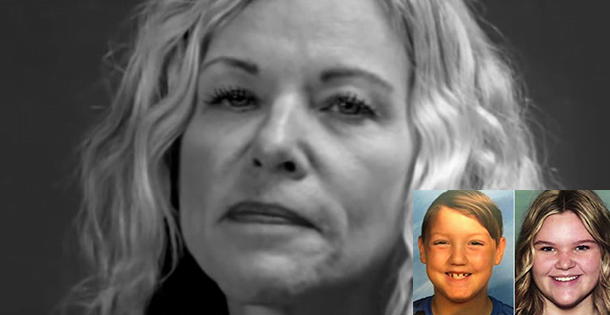 They are also facing additional charges that connect them to the deaths of their former spouses.

They pleaded not guilty to all charges in Idaho, but they are facing the potential of the death penalty.

Lori moved from Arizona to Idaho in 2019 with her two children. Not more than a couple of weeks, her children disappeared.

Also, Chad’s wife died at that time and it was a suspicious death. After her death, Lori and Chad wed in Hawaii.

She was arrested for failing to produce her kids and was extradited to Idaho. Chad was arrested later in 2020 after the bodies of the children were discovered on his property.

The prosecutors want to have a joint trial for them. Lori also underwent a mental health evaluation.

Their trial may be delayed until January 2023 so they can be tried jointly. They may be facing the death penalty.

Previous 9 Year Old Hears God Telling Her To Look In Bushes, Finds Abandoned Baby
Next 50 YO Woman Gives Birth To First Child After A Life Of Infertility