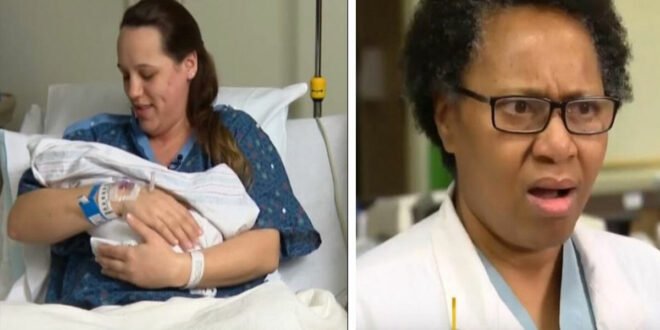 Mom gives birth to a healthy baby boy, but then doctor sees chart to notice a coincidence of 1 in 48 millions detail

On February 6, 2018, baby Aiden was welcomed into the world. What came along with his arrival was a continuation of one stunning and faithful tradition that left the nurses in awe.

Aiden’s mom, Kyrsten Moreno, was born on the same date. Quite a coincidence, we’d say, but what is even more incredible is that Kyrsten’s mom, Aiden’s grandma, was born on February 6 as well. That made the sweet baby boy the third person in their southwest suburban family’s home to be welcomed on that same date.

When Dr. Diane Leonard noticed that these mother and son share the same birthday, she felt it was a great thing, but when they told her about the grandmother, she realized that she had never heard of something like that before. It was a reason for a huge celebration, so she and the nurses bought a cake and sang “Happy Birthday”

It turns out that the chances of a child, parent, and a grandparent to be born on the same date is one in 48 million.

CBS Chicago got in touch with Kyrsten who was still at the hospital and asked her for a comment. The thrilled mother said that she felt like this was a payback for all the birthdays she stole from her mother when she was a child.

“Well, I definitely stole it from my mom,” she said jokingly. “So I have a feeling this is my payback.”

“I’m like, there’s no way he’s going to be born on my birthday,” Kyrsten added.

As for the grandma, Nadine, she believes nothing is a coincidence, “I think it was meant to be,” she said.

For more on the story go to the video below.

Previous Melania Trump’s career and net worth: Everything you need to know
Next Meet Melissa Morris, the woman who lost 447 pounds on “My 600-lb Life”