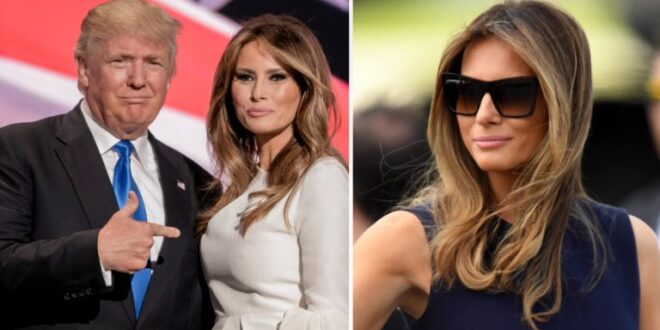 Melania Trump’s career and net worth: Everything you need to know

Melania Trump, the wife of a business mogul and former President of the United States, Donald Trump, first came to America to work as a model. Her beauty opened the doors to the fashion industry for her, and she was very successful at what she did.

It was back in 1987 when young Melania decided to drop out of the University of Ljubljana and focus on modelling instead. It took her only a year to get a contract with a modeling agency in Milan.

When she met famous Italian businessman Paolo Zampolli, he helped her get a work visa to the U.S.

Back then, she planned on living in the States but had to travel back home several times to renew her visa.

“I came here for my career, and I did so well, I moved here,” Melania told Harper’s Bazaar. “It never crossed my mind to stay here without papers. That is just the person you are. You follow the rules. You follow the law. Every few months you need to fly back to Europe and stamp your visa.

At a Kit Kat Club event during the New York Fashion Week in 1998, Zampolli brought a friend, Donald Trump. He was with a date that night, but when he saw Melania, he immediately wanted to know more about her.

One of Melania’s friends, Edit Molnar, spoke of that night and explained that Donald asked Melania for her number, but she didn’t give it to him because he wasn’t alone. “Melania said, ‘He’s here with a woman. I am absolutely not giving him my number,’” Molnar told New York Post. “She wouldn’t even consider it. Donald did all the work.”

Melania also spoke of the night she first met Donald Trump. “He wanted my number,” she told Tatler. “But he was on a date, so of course I didn’t give it to him. I said, ‘I am not giving you my number; give me yours and I will call you.’ If I give him my number, I’m just one of the women he calls.”

After they met again, one thing led to another and the two started a relationship. In 2001, at the time Melania got her green card, she was already living at Trump Tower.

They tied the knot some three years later, and in 2006, they welcomed their son Baron Trump.

Melania did end her career as a model, but she never stopped working, regardless of her husband’s enormous wealth.

She has been involved in the fashion industry, more precisely jewelry. She never stopped creating pieces, not even during the time she lived in the White House as a First Lady.

The former model launched her Melania Timepieces and Jewelry collection, for sale on QVC, in 2010. Each of the pieces she created seems to represent her personal aesthetics and fashion style. Melania also marketed a skin care collection at high-end department stores.

It has been reported that according to the White House financial disclosure filing in May 2016, the former First Lady’s company, Melania Marks Accessories Member Corporation, made between $15,000 and $50,000 in royalties per year.

According to Yahoo, her net worth is around $50 million.

However, besides her business, Melania is also involved in a number of charities, including Be Best program, which she launched in 2018. It aims at promoting physical and emotional wellbeing among children.

“Social media can both positively and negatively affect our children. But too often, it is used in negative ways,” she said at the time of the Be Best launch. “When children learn positive online behaviors early on, social media can be used in productive ways.

“I do believe that children should be both seen and heard, and it is our responsibility as adults to educate and remind them that when they are using their voices – whether verbally or online – they must choose their words wisely and speak with respect and compassion.”

Other causes she supports are the Martha Graham Dance Company, The American Red Cross, Love Our Children USA, and the Police Athletic League.

People close to the Trump family claim Melania is not happy with her husband’s plan to run for president in 2024. Apparently, she doesn’t want to return to the White House and believes that political work for the Republican Party is not her job, but her husband’s.

“Being First Lady again is not what she wants,” source told CNN. “For her, it was a chapter — and it’s over, and that’s that.”

Previous “Lost” star Jorge Garcia: The inspirational journey towards healthier lifestyle and net worth
Next Mom gives birth to a healthy baby boy, but then doctor sees chart to notice a coincidence of 1 in 48 millions detail