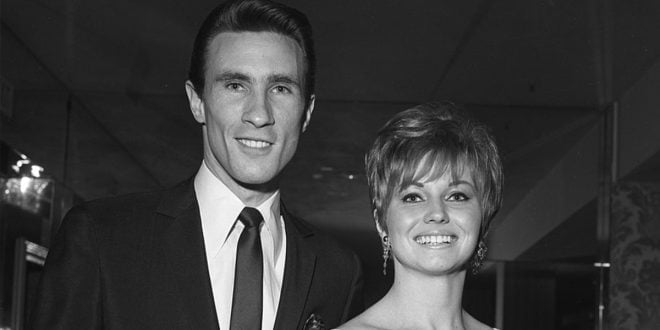 Few music duos have managed to reach the fame of the legendary The Righteous Brothers.

Bill Medley, who is still active in the music scene at the age of 81, always had music in him. He just knew he would accomplish great things in life and never gave up trying. Eventually, his hard work paid off and he’s until this very day one of the most famous names in the music industry.

He “invented” multi-track recording in his own living room, long before it was a thing, and knocked on doors to sell his songs to more established music groups.

Medley sang together with a number of other singers, but his life changed forever when he met his singing partner, Bobby Hatfield. The two teamed up to create some of the most iconic pieces of music, such as “You’ve Lost That Lovin’ Feelin'” which is considered their signature record. Over the course of their career, they had for a time their own solo careers, but they got together again in 1981 and duetted together until Hatfield’s passing in 2003.

“The Righteous Brothers started out in Orange County, California. It was about the whitest place in the country, but the black marines from the nearby base heard there were two guys singing rhythm and blues, so they came down to hear us. At the end of our songs they’d yell out, ‘That’s righteous, brother!’ and that’s how we got our name,” Medley told Daily Mail of the duo’s beginnings.

“Bobby and I were singing rock ‘n’ roll and rhythm & blues. Phil Spector wanted to produce us and asked Barry Mann and Cynthia Weil to write us a song, and they wrote ‘You’ve Lost That Lovin’ Feelin’.’ And I’ve told Barry Mann and Cynthia several times that you didn’t write a hit record, you wrote us a life. They wrote us a career. You just never know what’s around the corner. You have to take it as it comes, and know that it’s a blessing, and keep on keeping on,” he shared with Hollywood Soapbox.

At the same time as his career took off, Medley met his first wife and the great love of his life, Karen O’Grady, later Klaas.

“I first noticed her at church, and then, when Bobby Hatfield and I unveiled our first single, Little Latin Lupe Lu, at the Rendezvous Ballroom in Newport Beach, California in 1963, I saw her in the middle of a thousand beautiful young girls. When we got off  stage, I got her phone number and we started dating,” Medley told Daily Mail in 2014.

The two tied the knot, and despite they were very much in love with one another, he couldn’t spend as much time as he wanted with her because he was touring most of the time. She suffered a miscarriage at one point, but he wasn’t able to be by her side because he was on a tour with The Beatles.

Then, in 1965, they welcomed son Darrin, but the couple divorced some five years later. They both moved on with their lives, but remained very close friends until Karen’s death in 1976.

Although he dated many women, it was when Karen decided to marry her second husband that Medley wanted her back. Sadly, he was too late.

On the morning of January 30, 1976, Karen was brutally murdered in her home. She was planning on having breakfast with some of her closest friends, and they saw her entering the house. They waited for her to get out, but as that didn’t happen after some time, they knew something was wrong.

Her friends entered the house only to see Karen’s body on the floor. She was barely alive and died four days later at the hospital. She was left without oxygen for around 15 minutes and her brain got severely damaged. Doctors took her off life support.

“She was one of my best friends,” Medley told People.

“I was a wreck. It was a big-time out-of-body experience — ‘I can’t believe I am here looking at caskets for Karen.’ It just didn’t make sense. She was beautiful and alive and a wonderful lady.

“I took some time off to get Darrin’s life back together,” he said. “I took six years off to get him on his feet.”

Karen’s murder remained a mystery for over 41 years, and then, thanks to the newest technology, familial DNA testing through which they created a DNA profile, her killer was finally identified. In 2017, Los Angeles County Sheriff’s Department announced they solved the case. That meant Medley, her children, and the rest of her family could finally get the closure they were looking for.

Karen’s killer was a man named Kenneth Troyer, who was 29 at the time, a well-known criminal. It was also revealed that the man in question was killed in a shoot-out with police in 1982.

“I couldn’t be more blown away with the technology. I want to give hope to other families that this kind of technology can be utilized to identify criminals. It’s extremely important,” Darrin Medley, Karen’s eldest son, told ABQ Journal.

Previous Daughter Helps 73 YO Mom Lose 60+ Pounds To Get Healthy, Her Before And After Pics Go Viral
Next Jason Momoa’s social media activity after verdict is raising eyebrows