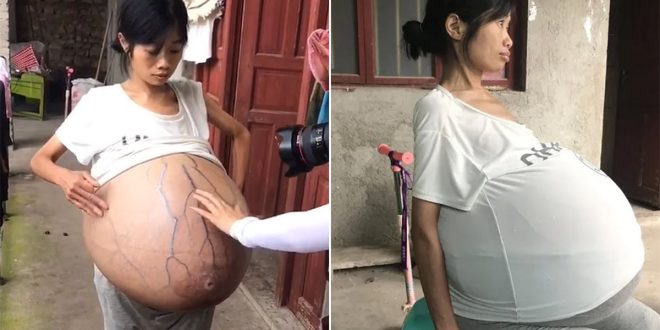 A mother-of-two can barely move after her belly swelled uncontrollably over two years due to a mysterious condition.

At first glance, you would definitely guess that the woman was heavily pregnant. Her stomach had grown into an enormous sphere – and no one could explain why.

It was a mystery. 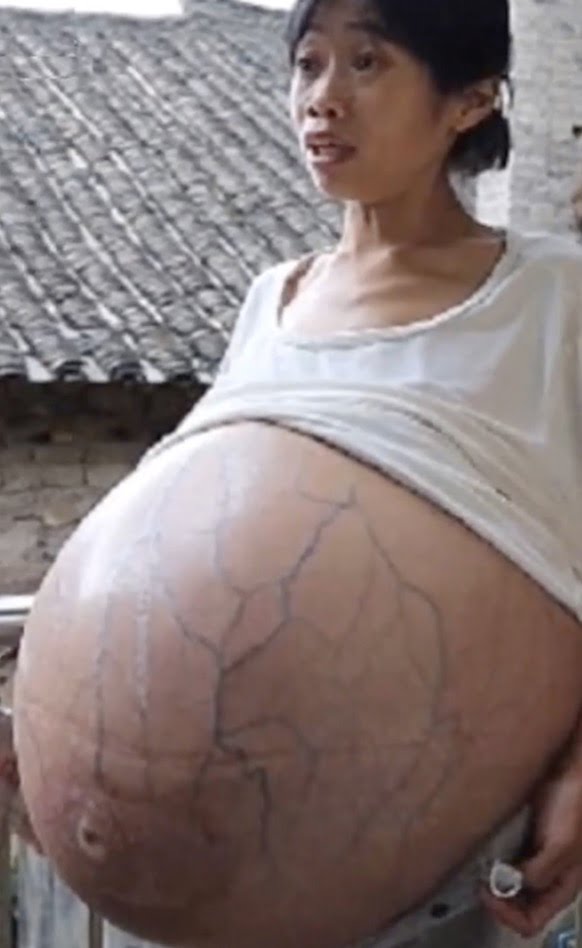 Huang Guoxian, from the rural Guizhou Province in China, says her abdomen weighs 44 pounds and is still expanding.

The 36-year-old says she has trouble sleeping and cannot stand for long periods of time.

She has made repeated trips to her local hospital where doctors have run a series of tests and tried a number of treatments but still her belly keeps growing. Despite that her arms, legs and face were going down in size, her belly just continued to grow.

The situation got worse and worse. Soon, the woman had trouble walking, eating and even breathing .

Huang says her husband works away and she has difficulty caring for her son and daughter, enlisting the help of grandparents and her children to help around the house. 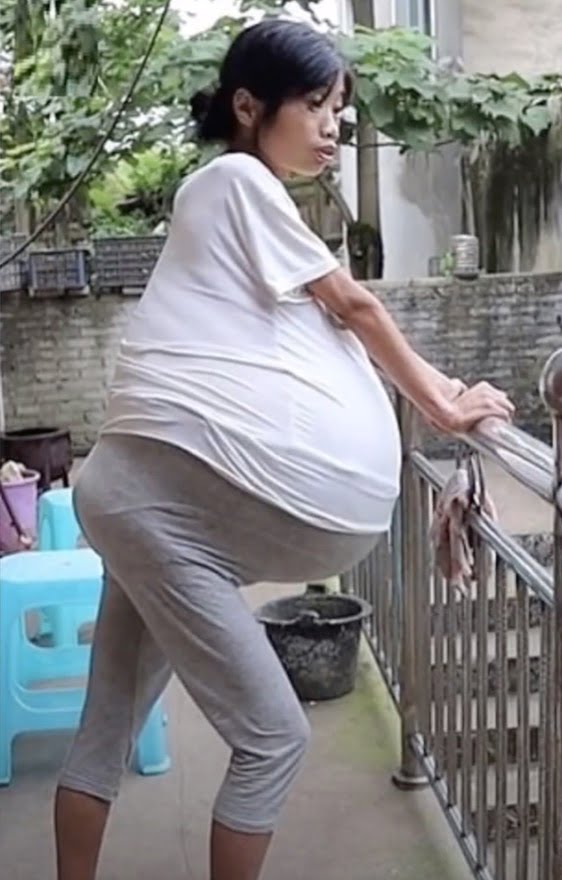 She’s also trying to raise funds to pay for the rising medical costs of trying to figure out what’s wrong with her.

Huang says initially she was in pain when her belly started growing two years ago but medicine has helped alleviate this pain, however her belly has continued to grow.

Doctors discovered that she suffered from a series of conditions, including liver cirrhosis, ovarian cancer, as well as an abnormal buildup of fluid in the abdomen and chest, the Daily Mail reports citing sources in China.

One doctor tried to remove excess fluid but her belly just started growing again while another doctor said she could have a benign tumor. 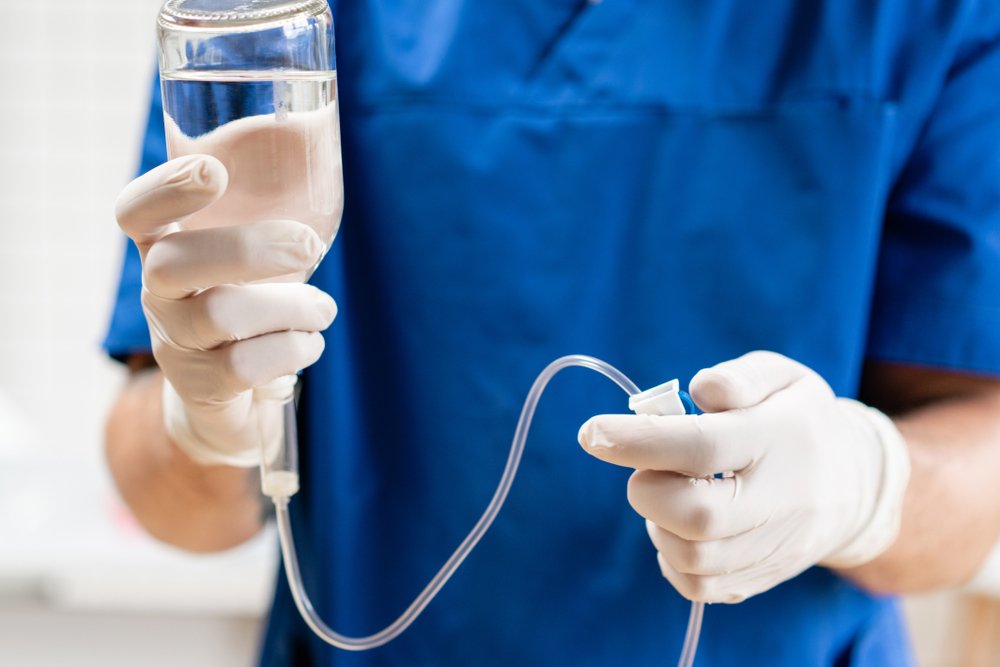 She’s often mistaken for a heavily pregnant woman and the mass has made her extremely unhappy.

“I would become enraged by the slightest movement,” she said, as per the Daily Mail.

Now she’s trying to raise $4,241 for an operation which could help.