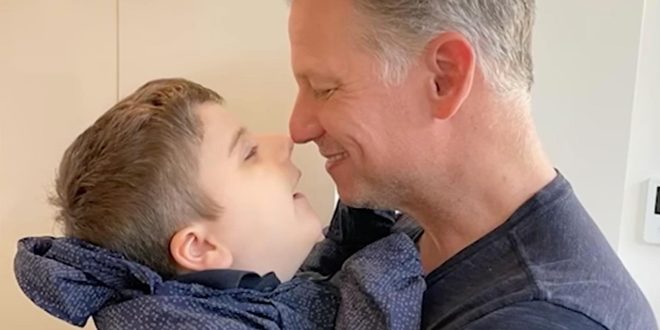 NBC News Chief Foreign Correspondent Richard Engel shared the heart-breaking news of his young son’s passing. The six-year-old boy battled Rett Syndrome, a genetic brain disorder which doesn’t have a treatment and is not curable.

Engel announced the devastating news on Twitter and wrote, “Our beloved son Henry passed away. He had the softest blue eyes, an easy smile and a contagious giggle. We always surrounded him with love and he returned it, and so much more.” He signed the tweet, “Mary and Richard.”

The tweet included a link to the Texas Children’s Hospital, which directed visitors of the page to a beautiful memorial written in Henry’s honor. “Henry Engel – a beautiful child and a true hero for fighting Rett syndrome and inspiring researchers to find a treatment – sadly passed away on August 9, 2022.”

The syndrome Henry suffered from can affect “nearly every aspect of a child’s life,” including the “ability to speak, walk, eat, and breathe easily.”

According to the International Rett Syndrome Foundation, this condition affects about 1 in 10,000 females and is even rarer in males.

“Henry was special in so many ways. His loving and endearing smile, and the way he connected with his eyes, stole my heart from the time I met him. His quiet fight against this terrible disease was incredible. We will continue to push as hard as possible to develop treatments. This is how we will honor his life.”

Engel and his wife, Mary Forrest, have been candid about Henry’s medical journey following his diagnosis of Rett Syndrome in 2017. In 2018, Engel opened up about his son’s health condition in an op-ed for Today. He explained how Henry brought so much joy into their lives and described just how special he was.

“None of this means we don’t enjoy our time with Henry. I can’t imagine a child who is shored with more love.”

“We gather on our bed several times a day for what we call ‘cuddle parties,’ where we kid him, rub him, praise him (he loves to hear his name and be praised) and curl his think, gorgeous hair in our fingers,” Engel wrote.

He recalled the special moment when his boy uttered the word “dada” for the very first time.

“For me it was validation, an acknowledgment that he’s in there, knows me, knows that his mother and I are forces for good in his life, and above all, that he loves us.”

The most recent tweet regarding Henry’s health prior to his passing was posted in March, 2022, when Engel wrote that his son’s condition progressed.

As reported by Yahoo! the Jan and Dan Duncan Neurological Research Institute is already using Henry Engel’s cells to try and combat the disorder.

Rest in peace, little one.

Our thoughts and prayers go to the Engel family.