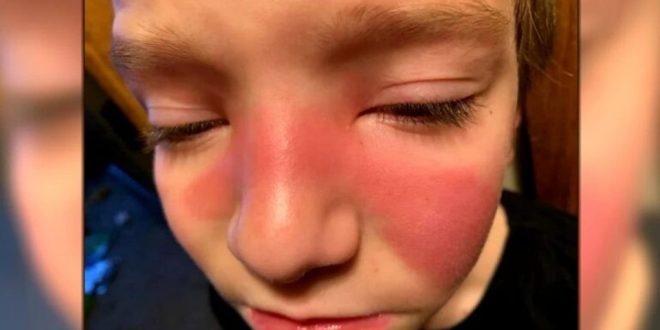 She hurried her kid to the hospital when he arrived home with a red mark on his face.

The majority of the United States is now experiencing a severe flu outbreak, and it seems like no family can avoid having their young children fall ill. We can’t always determine whether kids are ill because they seem healthy one minute and then collapse the next since they tend to recover so quickly.

However, some parents have reported that their children have strange markings on their faces in addition to flu-like symptoms. Now that they are aware of the issue’s root cause, they want to warn other parents about it. 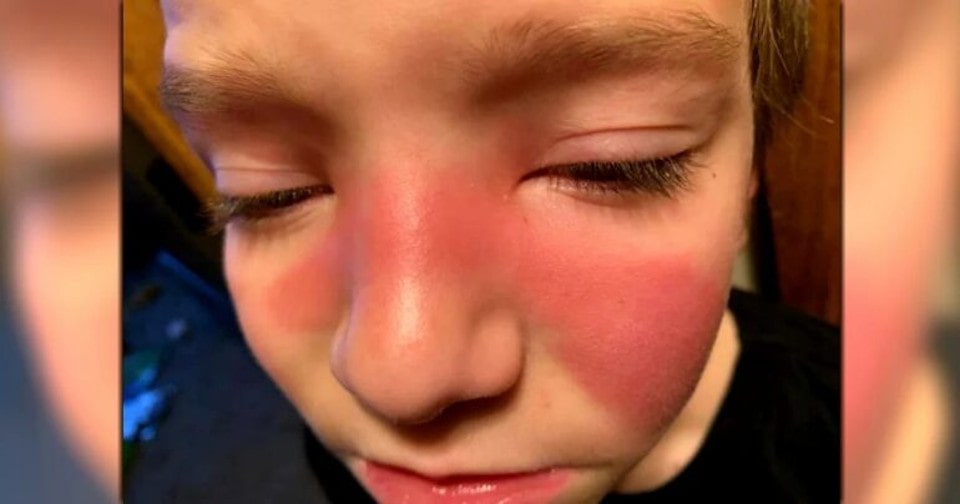 A child from Idaho named Coop was playing when he started to cry and said he had been hit in the nose. The mark on the child’s nose got worse, dispelling the parents’ original suspicion that it was the younger sibling.

The sick child was given a steroid and sent home after visiting the doctor with his parents, Arden and Ashlee Hawley. But when the mark grew worse, Coop’s parents decided to take him to the emergency room, where doctors found a strep infection in his sinuses.

The Hawleys want to warn other parents because they are worried that similar situations involving their own children would shock them. Contrary to popular belief, the effects of strep do not just affect the throat. There are 20 distinct types of strep bacterium, and each one causes a different set of symptoms. Coop received treatment, was discharged, and is currently recovering at home. If his illness hadn’t been addressed, it may have affected his eyes and brain. 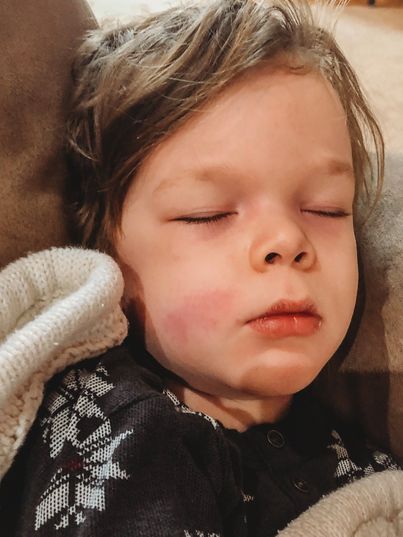 During the winter flu season, another mother posted a Facebook tale about how her son contracted the flu. His mother, who did not want to be named on Simply Real Moms’ page, believed her baby had the flu when he got a temperature.

On Thursday morning, she noted, “He was looking awful, and I noticed odd red markings on his face.” By that evening, my child had a blotchy rash all over him. I secretly hoped that he was only experiencing a fever rash so that I could put him to bed.” 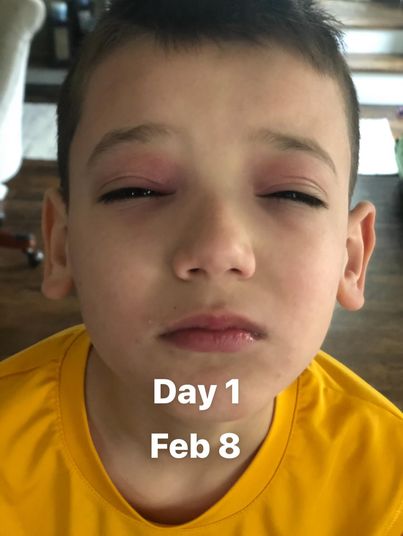 When he awakened on Friday, his temperature was so high that it was impossible to hold him. The rash and markings on his face were still present. Even on medication, he read 102 degrees. She hurried him to the hospital’s emergency department, where doctors found strep throat and the flu in him. Both tests yielded favorable results.

According to the [doctor], facial marks and a rash are frequent symptoms. The mother responded, “I had no idea, and it seems that no one I’ve informed in the previous two days does either. I felt obligated to alert other parents of these apparent signs that their child has strep throat.”

Following the need for surgery due to her son’s severe strep illness, Oklahoman Candace Reeves McMahan is advising parents. Luke’s eyes become red and swollen, and his mother took him to the hospital. He had strep and the flu, but the infection had gotten so bad that he required surgery right away.

It was quite scary since it was so close to the brain because it was in his eyes, Candace wrote. Despite the fact that Luke will still have a few little scars from the procedure, he’s entirely healed. Candace is happy to see her son acting like himself again. But before things started to get better, there were increasing symptoms, several hospital trips, and an emergency operation.

“He nearly seems normal, and he looks like his old self again! I can’t thank everyone enough,” said Candace. “I believe in the power of prayer,” she continued. She now wants to warn further parents. “Please share the pictures of Luke’s eyes with me, please. This might have been avoided, she said, if the diagnosis had been made earlier.

Fortunately, these kids received care and have now recovered. What a wonderful thing that these brave families are prepared to share their experiences in order to assist others. This crucial information for parents should be known to all of us.