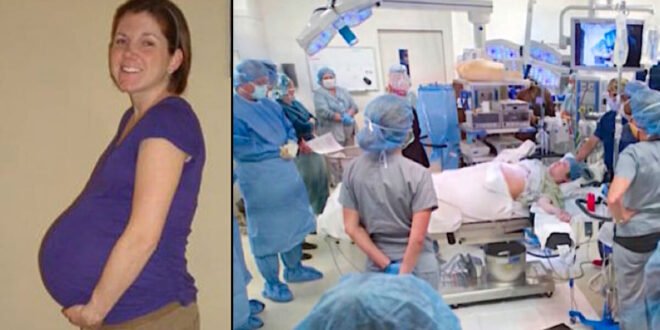 Mom thinks she’s having twins: Then doctors look at the ultrasound and tell her she’s carrying sextuplets

This one lovely person, Lauren Perkins has always had a dream of being a mom, she had a hard year not succeeding in getting pregnant, the thought of some fertility treatment didn’t seem so bad anymore!

She needed a break, and her husband too, so they booked a vacation, to Nicaragua to think about what they would do next.

The couple went on their holiday, they also took some friends too, and during the holiday the subject came and they discussed it with friends, one of their friends was a priest…

“Someone up there has big plans for you. I don’t know what, but it will be big.”

After the Holiday they returned home to Texas, and her and David had made a decision, they wanted to try artificial insemination, the simplest method.

Lauren really had her doubts that it would work at all, but amazingly it worked, she was finally pregnant!

It wasn’t too long before it was time for an ultrasound, the shocked doctor delivered some surprising news…

“I count five in there.”

Lauren thought, oh my god, is it possible?

The doctor then said, hand on:

“Wait a minute! I just found a sixth baby.”

Lauren and David had a difficult decision now; they could either reduce the amount of the children or keep them all, both had risks!

The likelihood that all six of the tiny babies would survive were low, six at the same time can lead to many dangerous situations.

After a lot of thought, Lauren and David eventually took the plunge and said they would have all six!

The doctors said they would do everything in their power to make it possible and deliver them all safe and sound, the hospital put every effort into helping them too.

They arrived on the 23rd April 2012, Lauren was in week 30, so before 37 weeks and considered premature!

There was 35 hospital staff inside the delivery room, all hands on deck. the birth was underway and they started the hard work of bringing these babies into the world without any hiccups!

“I was nervous and excited all at once. It was starting to sink in that this was for real – I was going to have 6 babies”

In four minutes they delivered all six babies, they all weighed between 1 and 2 pounds and were called:

“I didn’t expect to see my babies until the next day, but each baby’s team rolled them by me one by one on their way up to the NICU, and I got to touch their little fingers.”

For the first few days, they had to stay in the hospital to be strong enough, it took so long to get all the wires and monitors organized so they could hold their sweet little babies!

“And that moment, when I got to hold my baby, was when I became a mother…of sextuplets”

All six survived the ordeal of childbirth, those first few moments of life are the hardest where things could so easily go wrong.

After quite a few weeks of care and lots of love the staff in the hospital caring for them around the clock, the family could finally hold all of them.

At the tender age of four months old, five of the six babies could go home, tiny Leah needed to stay the hospital a little longer…

“She was literally buried under everybody else in the womb …so she didn’t get the right nutritional flow. Her brain was not fully developed.”

The family really had great support from everyone around them and loved ones too, especially in those really difficult times.

Lauren is overjoyed about the help and support from all the medical staff involved. Without them, the children may never have been strong enough to be able to go home. 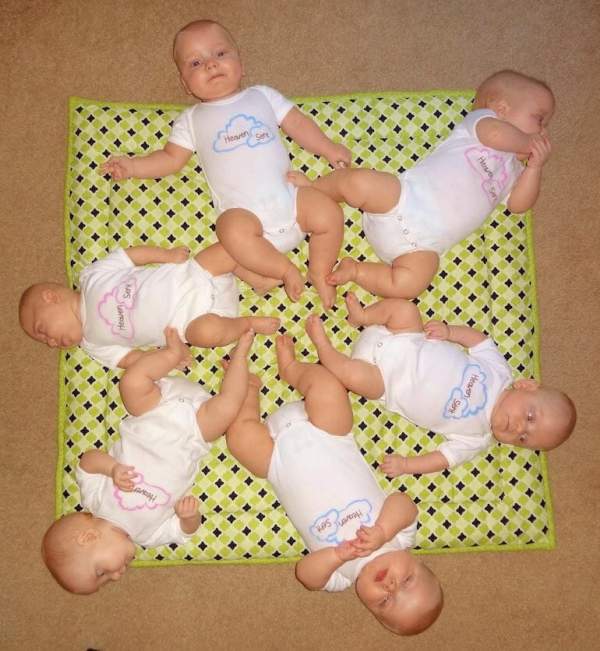 “My doctor was the best and I’m forever grateful to him for the level of care I received …Also, the NICU staff who put in hours upon hours getting our children ready to come home and teaching us the ins and outs of preemie care. So many of these people have a special place in our hearts and family.” 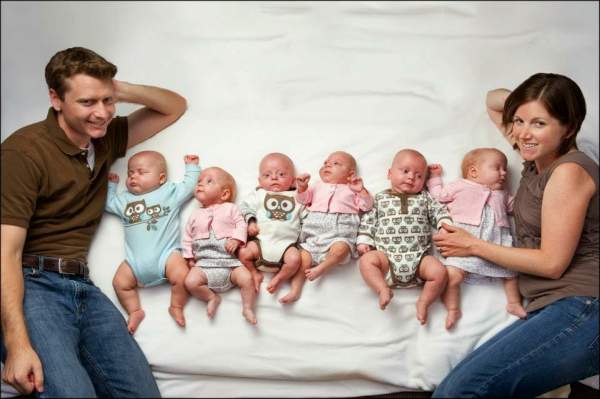 This family truly has adapted to a greater, more full-on way of living, together! 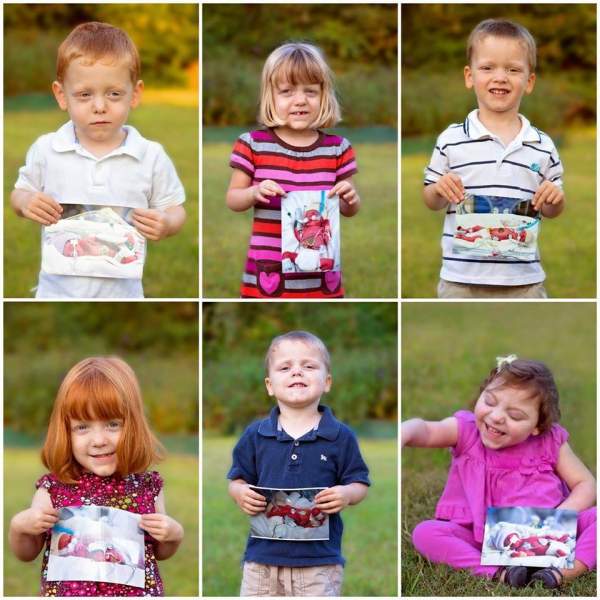 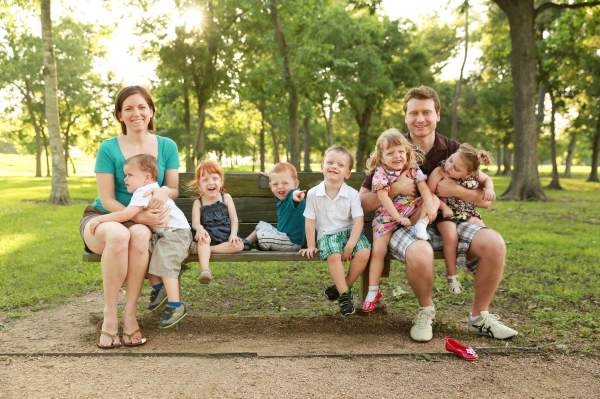 Please SHARE this lovely and sweet tale of six babies with friends and family!