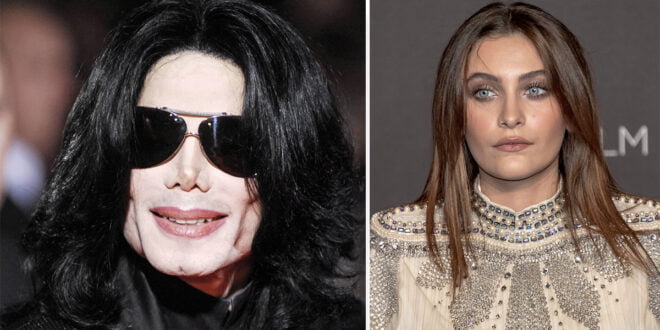 “Ever since I was born, daddy has been the best father you could ever imagine. And I just wanted to say I love him so much.” These were the words then 11-year-old Paris Jackson uttered at the funeral of the person who meant the whole world to her, her father.

Losing a father at that age is heartbreaking. For Paris and her brothers, it meant that now all eyes were on them. All of a sudden, every magazine wanted to have a piece of Michael Jackson through them, and they received incredible media attention. Michael cared for their privacy a great deal, and now, they found themselves under the spotlight.

After his death, his children ended up in the legal care of his mother, the kids’ grandmother, Katherine Jackson. Paris lived with her until her 19th birthday, after which she moved to her father’s private studio at the family compound, which she transformed into a dorm-style bedroom.

Paris, who turned 23 on April 3, opened up about Michael Jackson in a YouTube interview with supermodel Naomi Campbell which aired recently. Among the rest, she spoke of her modeling career, her new album, and her upbringing.

The young model and musician released her first album Wilted, which is an indie-folk album. “It’s mainly just a story of heartbreak and love, in general, and the thoughts and feelings that come after it doesn’t work out,” Paris told Paper, and added how she is inspired by her late father’s music. She definitely inherited his talent.

“It was also like, we saw everything. We saw third world countries. We saw every part of the spectrum.”

Paris added that even though Michael Jackson was the King of Pop and was filthy rich, he still didn’t let his children have everything on a silver platter. Instead, they learned from very young age that they had to earn the things they wanted.

“Even growing up it was about earning stuff,” she said. “If we wanted five toys from FAO Schwarz or Toys ‘R’ Us, we had to read five books.

“It’s earning it, not just being entitled to certain things or thinking ‘oh I got this’. It’s like working for it, working hard for it, it’s something else entirely, it’s an accomplishment.”

Back in 2010, young Paris opened up about her childhood at the Neverland and told Oprah: “I kind of felt like no one understood what a good father he was, he was the best cook ever. He was just a normal dad.”

“He made the best French toast in the world,” Paris added.

When she reached seventh grade, Paris went to private school and that’s when she started hanging out with friends who were quite older than her. That led to a lot of things which messed with her head. “I was doing a lot of things that 13-, 14-, 15-year-olds shouldn’t do. I tried to grow up too fast, and I wasn’t really that nice of a person,” she told Rolling Stone.

Today, however, she’s a completely different person. She is pursuing a career in both music and modeling and is very successful at what she does. In 2015, Paris graduated from high school and is now following into her father’s footsteps. She surely has big shoes to fill, but she’s on the right track.

A number of influential magazines were happy to have this incredible lady on their covers. She, however, had her struggles regarding her looks. “I’ve had self-esteem issues for a really, really long time,” she Rolling Stone. “Plenty of people think I’m ugly, and plenty of people don’t. But there’s a moment when I’m modeling where I forget about my self-esteem issues and focus on what the photographer’s telling me – and I feel pretty. And in that sense, it’s selfish.”

Although years have passed after Michael Jackson’s passing, Paris still misses him dearly every single day. Many of her tattoos are a tribute to him and she says that she feels his presence. “I live life with the mentality of ‘OK, I lost the only thing that has ever been important to me.’” she told Rolling Stone. “So going forward, anything bad that happens can’t be nearly as bad as what happened before. So I can handle it.”

We are so very happy for Paris.

Previous Worried officer enters home when girl who waves him every day is suddenly gone
Next Mom thinks she’s having twins: Then doctors look at the ultrasound and tell her she’s carrying sextuplets