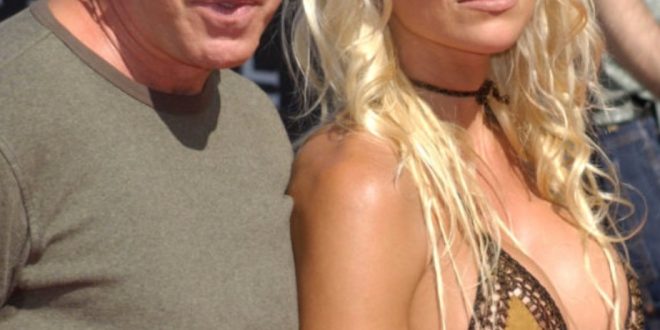 Tim Allen Responds to Pamela Anderson’s Accusation Against Him

Pamela Anderson’s new book is making waves and it hasn’t even been released yet. According to USA Today, Pamela Anderson, best known for her role in Baywatch, has written a memoir.

And in that memoir, Pamela talks about another one of her TV roles, Lisa the Tool Time Girl on the sitcom Home Improvement, starring Tim Allen. While recalling her time on set, Anderson revealed that it was her “first real taste of major fame.”

Anderson then opened up about a particular moment while on the Home Improvement set. “On the first day of filming, I walked out of my dressing room, and Tim was in the hallway in his robe. He opened his robe and flashed me quickly — completely naked underneath,” Pamela wrote.

“He said it was only fair because he had seen me naked. Now we’re even. I laughed uncomfortably.” Anderson was reportedly just 23 years old at the time.

Tim Allen Responds to Pamela Anderson’s Accusation Against Him

The shocking revelation had many people accosting Tim Allen for such crude behavior. Now, Allen, himself, is speaking out.

In a statement issued by a representative for Allen, Marleah Leslie, Allen denied the accusation, USA Today reports.

“No, it never happened. I would never do such a thing,” Allen said in the statement.

Love, Pamela, and the adjacent documentary are set to be released on January 31. Pamela’s decision to produce her documentary and write a memoir comes after her story was told through the eyes of someone else in the hit series Pam & Tommy.

As Entertainment Tonight reports, in the documentary, Pamela admits the series “really gives me nightmares. I have no desire to watch it. I never watched the tape, I’m never going to watch this.”

In the documentary, Anderson denies ever explicitly making a “sex tape” with her then-husband, Tommy Lee. Instead, Anderson said those who stole the tapes spliced them together.

“What they did is they found all the nudity they could from different Hi8 tapes, and they spliced it together.” In the end, Pamela argues that the creator of the series should have had her permission before it was made.

Since Tim Allen’s response to her accusations was made public, Anderson has yet to respond. It’s unclear if she will.

Previous Julia Stiles’s story is so touching
Next Remember little Jake Harper from Two and a Half Men? This is him now