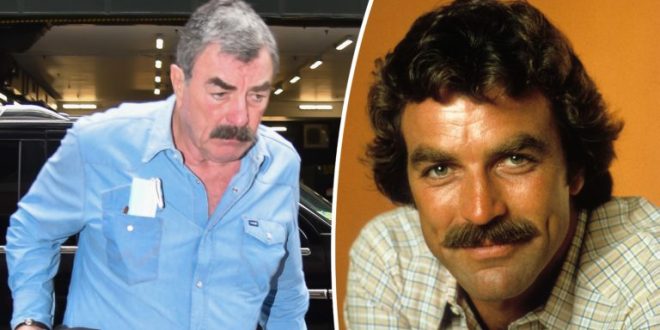 Hollywood is the place where dreams are made, but the number of people who get there and manage to stay is limited to those most talented and most fortunate.

Having a successful career in the film industry isn’t something many can brag about, but luckily for us, Tom Selleck is one of those celebs who has been on TV for many years.

This actor’s big break came when he was cast in the lead role as Thomas Magnum in Magnum, P.I., which brough him five Emmy Award nominations, winning one in 1985.

Before reaching stardom, however, he landed minor roles in films and series, played in a number of commercials, and made a pair of appearances on The Dating Game. Speaking of the game show, he recalled, “Humiliating and embarrassing. I lost. Twice. I wasn’t particularly funny or glib.” Selleck was then offered a spot on 20th Century Fox’s talent program, where he spent around two years before taking leave to do six months of active duty. Once he returned, he was dropped, but that didn’t break his spirit.

“The luckiest thing that happened was that I didn’t get a real job until I was 35,” Selleck shared with AARP. “When I was 25, I looked 35 but sounded 15. There are a lot of very good actors who make it as younger leading men but don’t graduate — because the audience won’t accept them as grown up.”

Magnum P.I. came at the time when he was almost ready to give up chasing a career as an actor. “I think if Magnum hadn’t worked out, I’d never have worked again in this business,” he shared in an interview with Closer Weekly.

Ever since 2010, Selleck has been a co-star in the television series Blue Bloods where he plays Frank Reagan, the commissioner of the New York City Police Department. The show has been renewed for its 13th season.

Over the course of his career of many years, Selleck has done most of the stunts himself, but as it turns out, this decision has taken its toll and his body isn’t the way it was.

“My back’s kind of messed up,” Selleck shared.

“When you do stunts in movies—I do a lot of them—you’re taking a risk, but you’re also sitting around a lot. So you might do a fight scene, and then you sit in your chair, and it’s not like you have a personal trainer saying, ‘Okay, we’re ready to go, but Tom needs ten minutes of stretching and warm-up.’”

“And I think the price,” he added, “I see it with peers, I talk to them sometimes. You just see the price of all those stunts. They weren’t that hard, but I think it’s the stop-and-go of all that stuff.”

The actor keeps in shape by working on his ranch in Ventura, California. He’s also very passionate about horses, love he has passed down to his daughter.

Selleck has been married to wife Jillie Mack for 35 years. What makes their union one of the strongest in Hollywood is that he always puts his family first.

Speaking to People, Selleck said in 2012, “I quit Magnum to have a family.

“It took a long time to get off the train, but I try very hard to have balance, and this ranch has helped me do that.”

“We both thought it was the best environment for Hannah to grow up,” his wife added.

Previous He lost his sight as a result of a nightly blunder we all commit!
Next Thousands Are Sending Their Condolences To The Queen