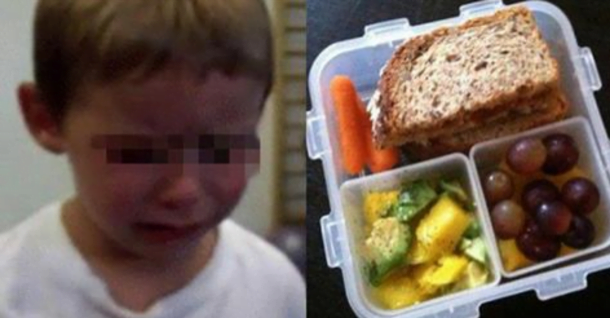 4-Year-Old Boy Left In Tears After Teacher Grabs His Lunch And Throws It Away (Says He Can Never Eat It At School!)

Students in a Durham, Ontario school district are being told they cannot eat parts of their home-packed lunches because they are “unhealthy.”

According to The Star, the Durham School District's new healthy eating initiative has parents infuriated after teachers and officials have refused to let students eat specific parts of the lunches packed by their parents.

Elaina Daoust, a mother of two district students, says she became “infuriated” last year when her son was told he could not eat his morning snack, a small piece of banana bread, because it contained chocolate chips. He was told that he would instead have to eat the grapes from his lunch.

“He came home with a chart (listing healthy snack ideas) and told me he and the teacher talked about it and healthy choices. She also sent a note to me. I was really, really, really mad for several reasons,” Daoust told The Star.

The mother explained that her son is very picky eater and that she chose the packaged banana bread because teachers discourage home-baked treats due to allergy concerns. The snack was labelled as being nut-free.

Douse says her son's new school, where he started this year, has given her no issues so far.

Healthy eating and nutrition has become a major part of Ontario's health and physical education curriculum in recent years.

Officials with the Durham Catholic District School Board say that there is a difference between teaching children to eat healthy and critiquing what a child brings to school.

“There is nowhere in our policy that says our staff is allowed to take food away from a student,” James MacKinnon, a teaching consultant with the DCDSB said.

McKinnon added that while teaching students about making healthy decisions is important, teachers should not single any students out.

“It's up to the students to share that information with their parents, we're educating and promoting but not dealing with it at snack time,” he said. 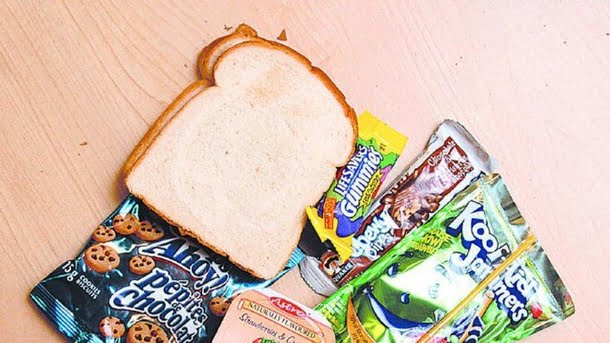 Janae Brangman says that her daughter, a second grade student, had her lunch sent home several times last year because it contained pizza on a non-designated pizza day at the school. She says her daughter was once offered an orange in place of the lunch her mother packed. In other instances, her daughter did not eat because teachers had sent her food home after deeming it unacceptable.

“I felt it was way more unhealthy for a child not to eat at all, than to eat a granola bar with chocolate,” Brangman said.

Previous Waiter tip shames buyer who could not afford 20% gratuity
Next Jennifer Grey Felt Invisible After Facial Transformation, Nose Job Made Her Anonymous