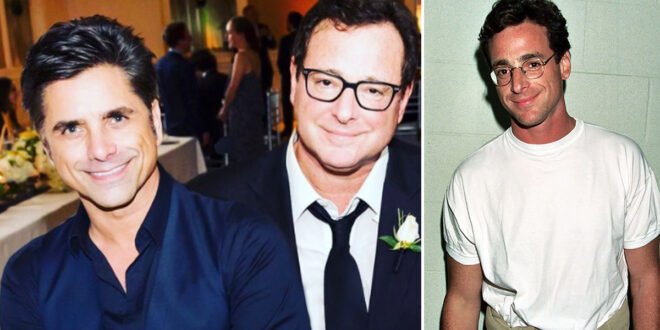 With the sudden passing of actor Bob Saget, the world has lost a comedy legend.

Bob Saget was found dead on Sunday at the Ritz-Carlton in Orlando. He was best known for his iconic role of patriarch Danny Tanner on the sitcom Full House, which became a much loved series that marked the 90s.

“Earlier today, deputies were called to the Ritz-Carlton Orlando, Grande Lakes for a call about an unresponsive man in a hotel room,” Orange County Sheriff’s Office said in a statement.

“The man was identified as Robert Saget & pronounced deceased on scene.”

According on the detectives who are working on the case, there were “no signs of foul play or drug use in this case.”

Saget’s family confirmed the news and released a statement.

“We are devastated to confirm that our beloved Bob passed away today,” the statement said. “He was everything to us and we want you to know how much he loved his fans, performing live and bringing people from all walks of life together with laughter.

“Though we ask for privacy at this time, we invite you to join us in remembering the love and laughter that Bob brought to the world.”

Many of Saget’s fellow colleagues paid tribute to one of the most famous TV dads in the history of film. Members of the Full House cast were left in deep shock and received the news with disbelief.

“I am broken. I am gutted. I am in complete and utter shock,” John Stamos wrote on his Twitter account and continued: “I will never ever have another friend like him. I love you so much Bobby.”

He was also mourned by his TV daughters, Mary-Kate and Ashley Olsen. During the filming of the series they developed a special relationship which they mutually nurtured over the years.

“Bob was the most loving, compassionate and generous man. We are deeply saddened that he is no longer with us but know that he will continue to be by our side to guide us as gracefully as he always has. We are thinking of his daughters, wife and family and are sending our condolences,” the sisters said in a statement to USA Today.

Candace Cameron Bure, who played the role of Donna Jo “D.J.,” said, “I have no words. Bob was one of the best humans beings I’ve ever known in my life. I loved him so much.”

Fellow comedian and good friend of Saget, Jim Carrey wrote on Twitter, “Beautiful Bob Saget passed away today at 65. He had a big, big heart and a wonderfully warped comic mind. He gave the world a lot of joy and lived his life for goodness’ sake.”

Saget was born in 1956 in Philadelphia. When he was young, he dreamed of becoming a doctor, but his teacher of English saw something in him and encouraged him to pursue a career in the film industry. Besides Full House, Saget was also known for the show America’s Funniest Home Videos which he hosted from 1989 to 1997. He also starred in Raising Dad and narrated the voice of future Ted Mosby in How I Met Your Mother.

Bob Saget was married twice. He and his first wife, Sherri Kramer, met even before he rose to fame. They welcomed three daughters, Aubrey Saget, Lara Melanie Saget, and Jennifer Belle Saget. After their divorce in 1997, it looked like Saget was about to remain single forever, but that all changed when he met his second wife, Kelly Rizzo.

“I didn’t think I’d have a relationship again,” the late actor told Closer Weekly in 2018 and continued: “I was kind of in that ‘just work, make people happy and take care of your kids until they’re 90’ mindset.”

At the time of his death, Saget was in a middle of a tour. He had stand-up performances both on 7 and 8 January, less than 24 hours before his lifeless body was found in the hotel.

His last words he tweeted break our heart.

“I loved tonight’s show in Jacksonville,” Saget wrote. “Very appreciative and fun audiences. I had no idea I did a two hour set tonight. I’m back in comedy like I was when I was 26. I guess I’m finding my new voice and loving every moment of it. A’ight, see you in two weeks.

“Goin’ everywhere until I get the special shot. And then probably keep going cause I’m addicted to this,” he added, signing off with “Peace out.”

Rest in peace, Bob Saget. Our hearts go out to his family.

Previous Woman laughs at how Grandpa handles his spoiled nephew
Next Last Words From A Brave Boy “Take My Brother First.”