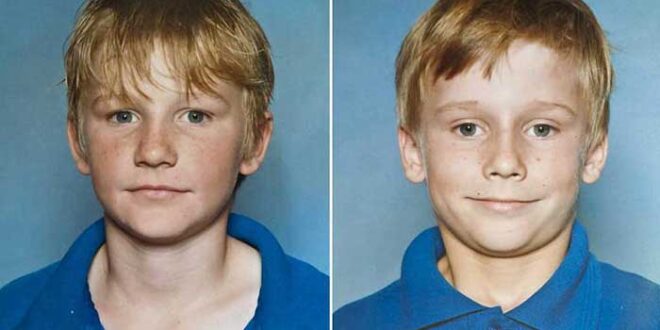 Last Words From A Brave Boy “Take My Brother First.”

Self-sacrifice…. is the biggest sacrifice of them all. 13-year-old Jordan was trapped in the 2011 Queensland floods, along with his younger brother, Blake, who was 10 at the time.

When help finally arrived, time was quickly running out. And Jordan’s first words to those rescuers were: “Take my brother first.” Sadly, those were also Jordan’s Last words.

The teenager couldn’t swim, and chaos was all around him, and he pushed the rescuers away from him and had them take his brother first. Seconds later, after young Blake had been pulled to safety, Jordan, as well as his mother, were swept away by the floodwaters… and to their deaths.

Says Jordan’s father, who wrote about the pain of losing his wife and young son: “Tough isn’t always loud and brash and brazen. Tough is sometimes four words quietly but firmly spoken by a boy who couldn’t swim as water threatened to submerge him. Everyone can be tough when the need arises.”

Rest in peace, Jordan. May your wings take you to all the beautiful spots in heaven.

Previous Bob Saget’s passing: The circumstances surrounding the passing of the beloved TV dad from “Full House” remain unclear
Next This is the coolest and sweetest story ever, also grab a tissue