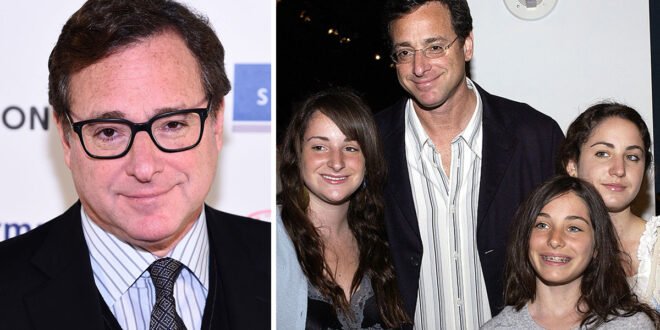 The news of Bob Saget’s sudden death came as a shock to many – not least his own family. The famous TV dad touched the hearts of many, but while rising to stardom, he was also a family man who raised three daughters.

Before his tragic death, Bob spoke about the close ties he shared with his three beautiful daughters and that he loved watching them grow up and fulfill their dreams. The warm feelings went both ways.

In the wake of Saget’s death, his eldest daughter, Aubrey Saget, posted the last text message she received from her famous father.

And when you read those words, you really understand the breadth of this family tragedy and how much Bob loved his daughters… 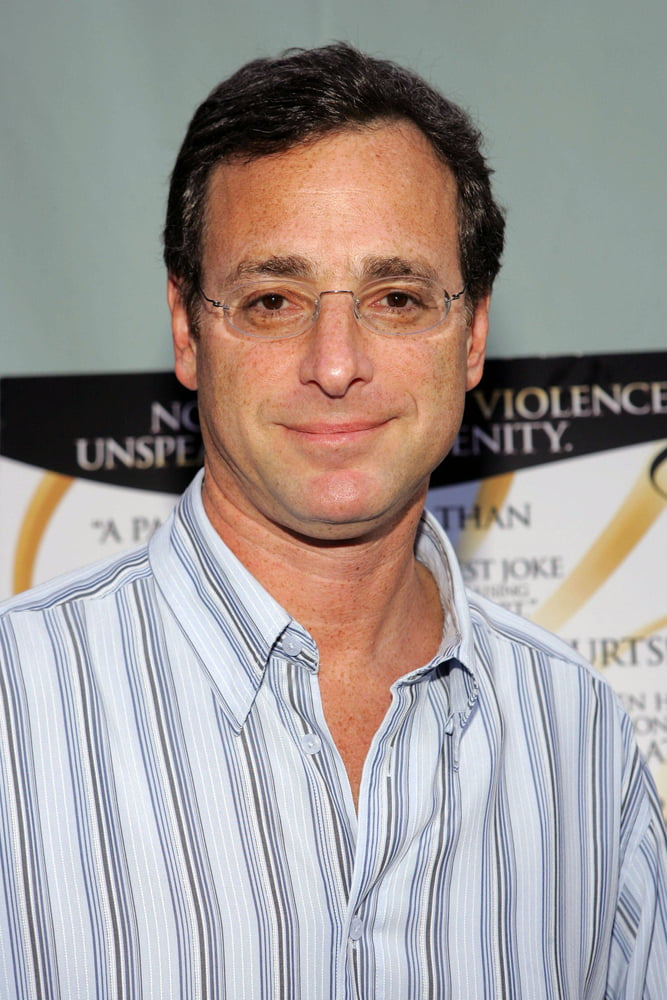 Growing up alongside a world-famous mom or dad can be challenging. Many people want a piece of a Hollywood star – so often, the children have to compete for their parent’s attention.

Bob Saget’s acting career was also extra unique. Starring as the widowed father Danny Tanner in the sitcom Full House, he had three TV children and there was always kids running around on set.

As a result, Bob formed strong ties with many in the cast – not least the actresses who played his children in the series; Candace Cameron Bure, Jodie Sweetin, and twins Mary Kate and Ashley Olsen. 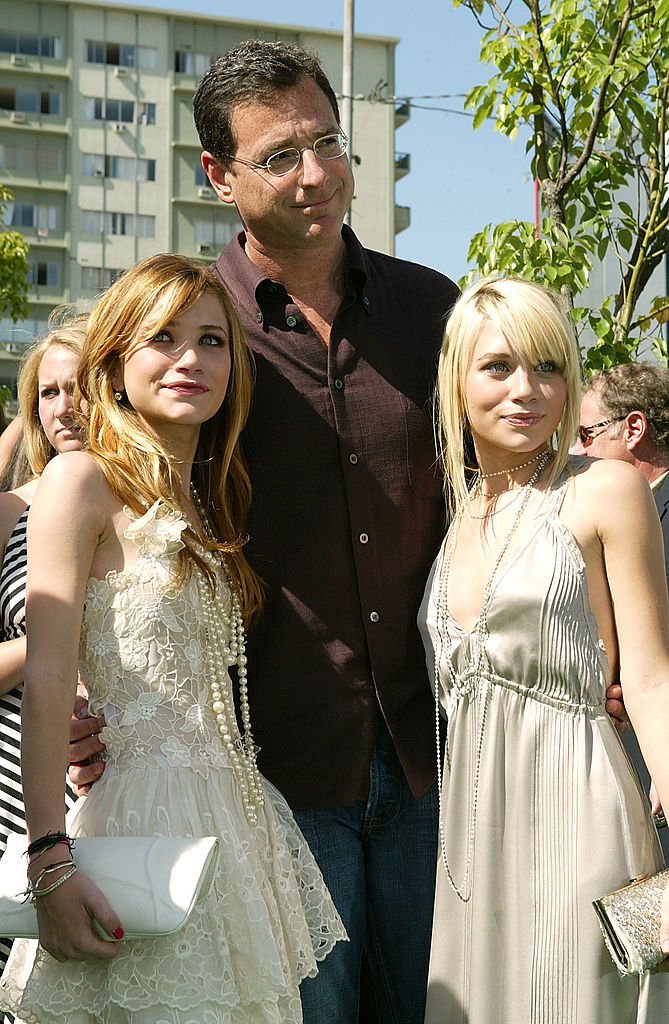 All have made emotional statements after Bob’s tragic passing and shared how much he affected their lives.

”Bob was the most loving, compassionate and generous man. We are deeply saddened that he is no longer with us but know that he will continue to be by our side to guide us as gracefully as he always has. We are thinking of his daughters, wife, and family and are sending our condolences.”

Bob has said that the twins almost became like his own children. He tried to keep in touch with them throughout his career and always tried to visit Mary Kate and Ashley if he was in New York. Asked if he had a favorite in the Full House cast, Bob replied that everyone was his favorite. 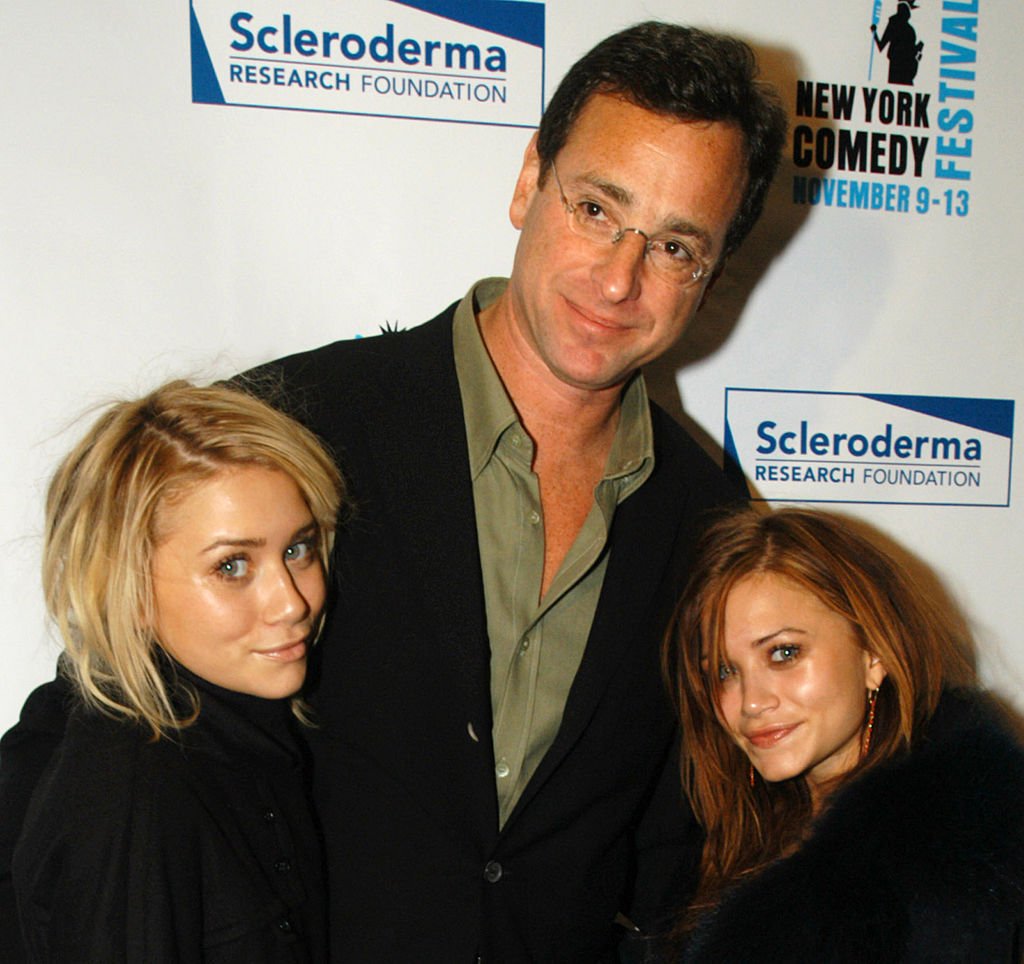 “It’s not just people who come into your life because you did some show together,” Bob told People in 2016 said and continued:

“I have a closeness with Candace [Cameron Bure] that’s incredibly strong, and with Jodie [Sweetin] and even Andrea [Barber]. We give each other crap!”

Unfortunately, Bob’s own children sometimes felt jealous. Bob himself also felt that he betrayed his daughters for a period of his life.

Of course, Bob had a hectic schedule as a family man and actor – while his daughters were growing up, Bob combined his role in Full House with hosting America’s Funniest Home Videos. 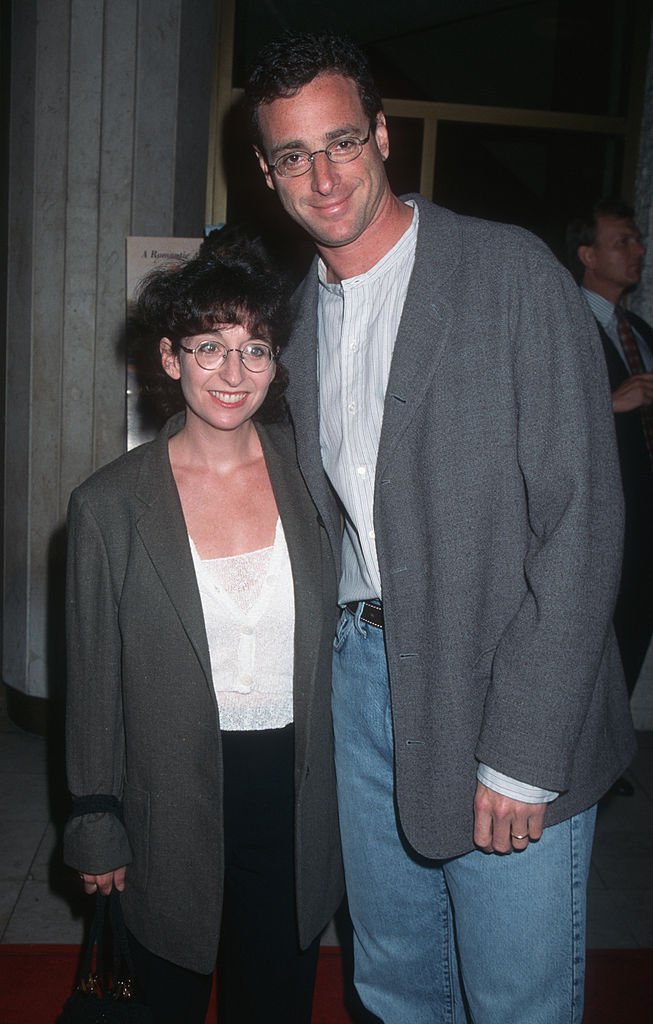 Bob said that his children reacted to how he smelled when he came home from filming the comedy series.

“My daughter would smell the other baby on me when I came home and think I was cheating on her,” he said when talking about filming with Mary-Kate and Ashley Olsen.

Their eldest daughter, Aubrey, was born under dramatic circumstances. 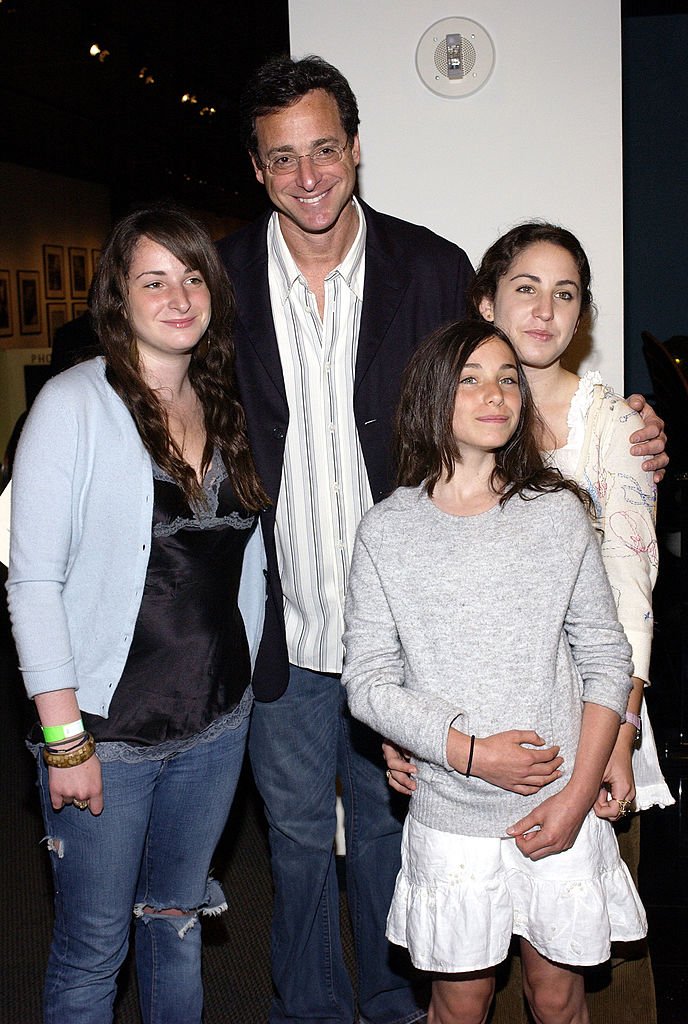 When she came into the world in 1987, doctors decided to perform a cesarean section. Unfortunately, Sherri got injected with the epidural in the wrong place. The medicine went straight into Sherri’s bloodstream instead.

It could have fatal consequences – Sherri became lifeless, and a nurse told Bob that his wife was brain dead. But somehow, Sherri came back to life.

”After a nightmare of harrowing proportions, a miracle had occurred,” Bob would later write in the bestselling memoir, Dirty Daddy.

After 6 terrifying days at the hospital, Aubrey and Sherri returned home.

After 15 years of marriage, Bob Saget and Sherri Kramer separated in 1997.

Despite the divorce, Bob maintained a healthy and loving relationship with his children. He often talked about how much his daughters meant to him and how they had made his life so much better. 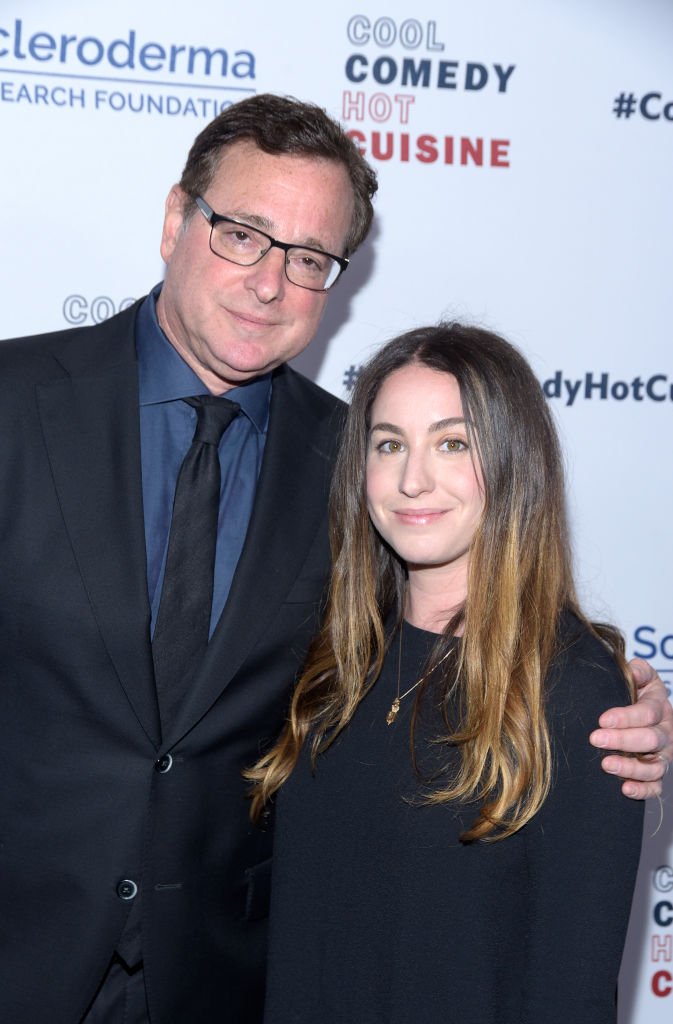 “They are the light of my life. I am a fortunate man in that all three of my daughters are exceptional. Very high beings, very smart people, very wonderful and very brilliant, very beautiful. They’re all artists,” he said.

Today, Bob’s girls have grown up to be independent women with their own careers. Aubrey is an artist and has received a lot of praise for her paintings. She holds a master’s degree from New York University, and in 2015, she was awarded a New York University Steinhardt Masters in Fine Art Scholarship Award Grant.

The middle daughter Lara is also an artist with two bachelor’s degrees from Barnard College and Columbia University. Together with Aubrey, she has formed an artist collective called Studio 200. 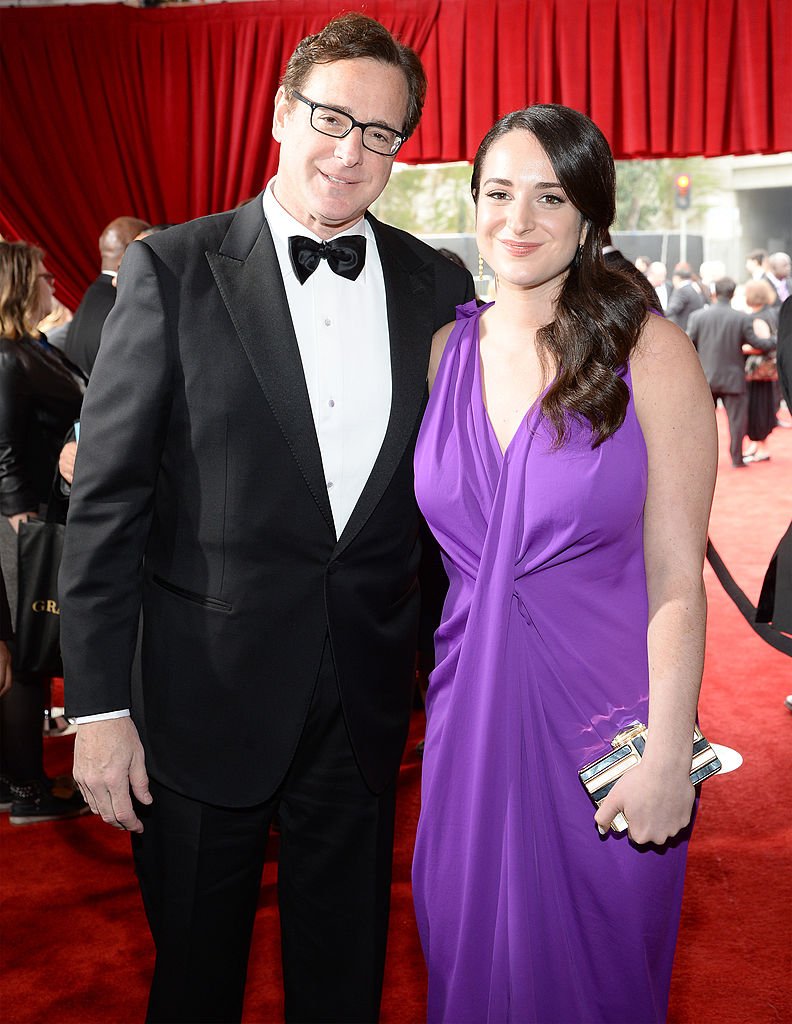 Saget’s youngest daughter, Jennifer, has stayed out of the limelight. Naturally, therefore, not much is known about her or her career. But over the years, she has shown up on the red carpet alongside her dad. For example, she attended the Hidalgo premiere with Bob in 2008.

Last message to his daughter

Bob once said that his three grown daughters were “the best people I know” and it’s so sad that he didn’t get to chance to see them more. Having kids was ”the greatest experience of his life” and I’m sure Aubrey, Lara, and Jennifer were very proud of their dad.

Just before he passed away, he made sure to stay in contact with those he loved the most. On Sunday, Aubrey published a screenshot on her private Instagram of her last text exchange with her dad.

“Thank u. Love u. Showtime!” Bob texted his daughter just moments before his death.

Thrilled to launch his brand new stand-up show, “I Don’t Do Negative,” Bob looked forward to touring across the nation and making people laugh. He also made sure to tell his daughter that he loved her – both sad and heartbreaking, but it tells you what kind of man he was. 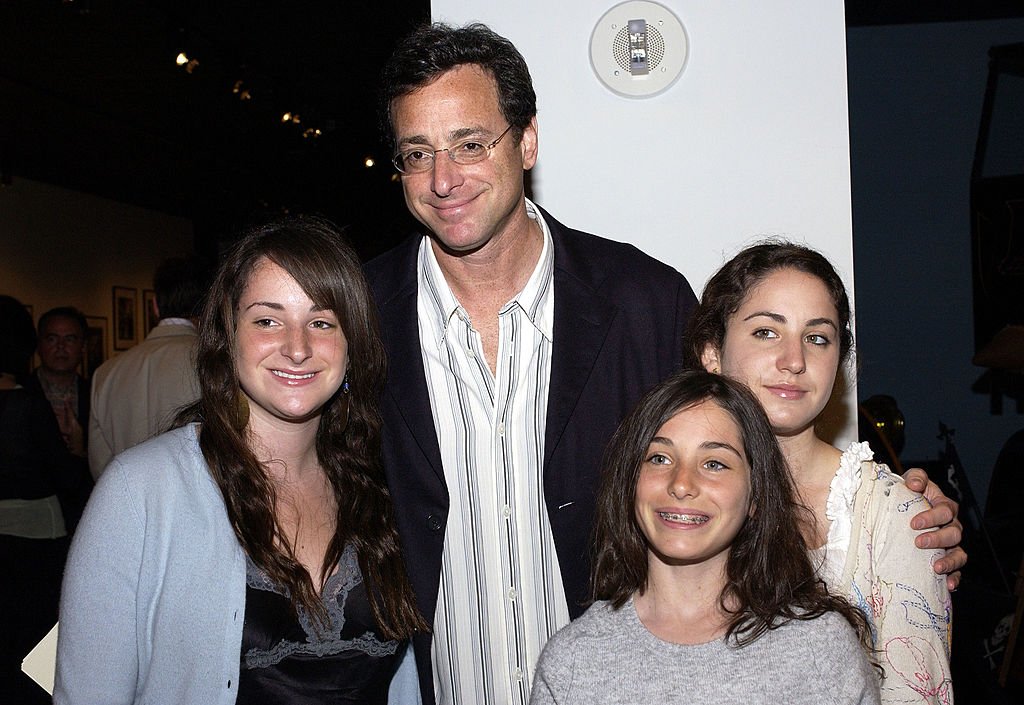 My heart goes out to his daughters and his wife, Kelly Rizzo, and all Bob’s family. He will never be forgotten and will be remembered as a great comedian and actor. He seemed like a really down-to-earth celebrity.

Previous Barack Obama’s family is in mourning. Unfortunately, he died: “We will miss him …”
Next 6-year-old girl fights for life after classmate’s sick game – her mom says bullying needs to stop