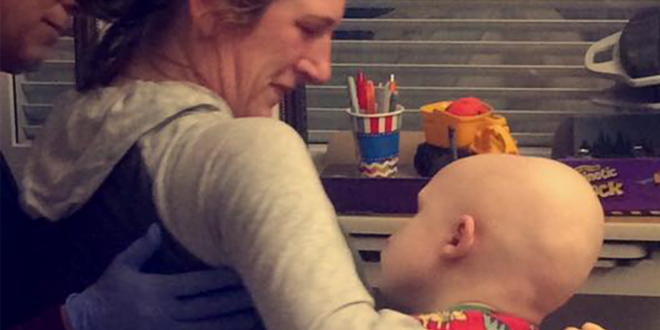 After sharing these blessed words with his mother, Nolan spent much of his time resting and sleeping as his body started to shut down from the cancer. When he was awake, he watched YouTube videos, played with Nerf guns, and tried to smile with his family as much as he could. 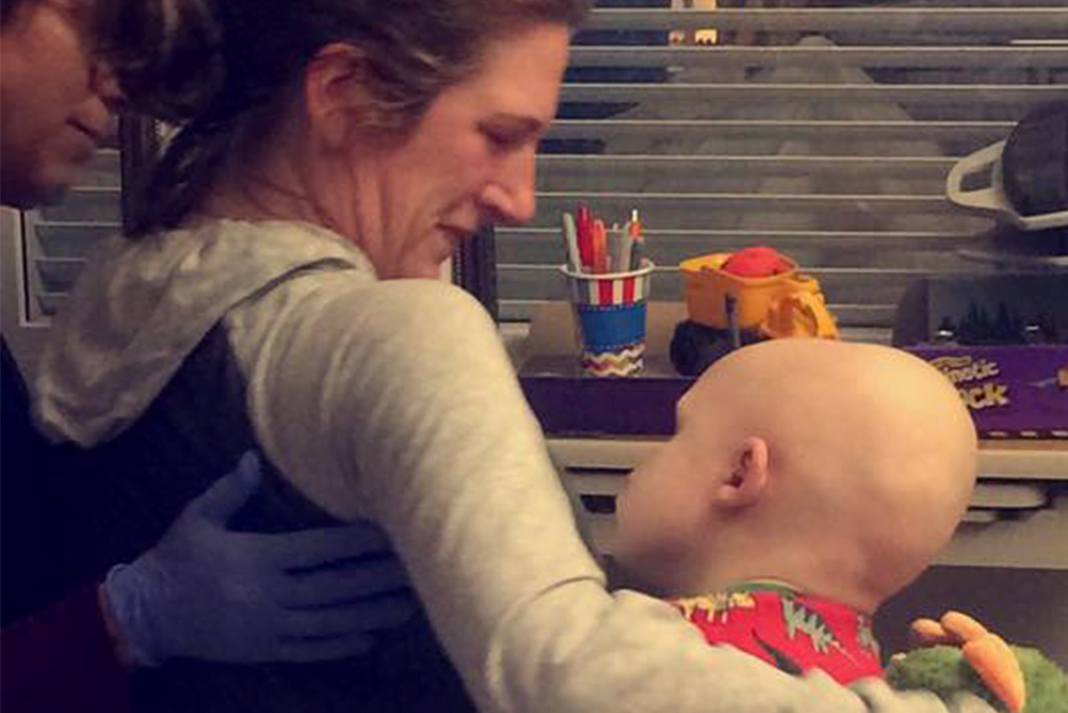 Ruth says she finally left Nolan for a moment to take a shower, but when she got out she was devastated to see Nolan was deeply unconscious, struggling to breathe, and surrounded by hospital staff. His right lung had collapsed and he didn’t have much time.

The hospital staff told the distraught mother, “Ruth, he’s in a deep sleep. He can’t feel anything.” 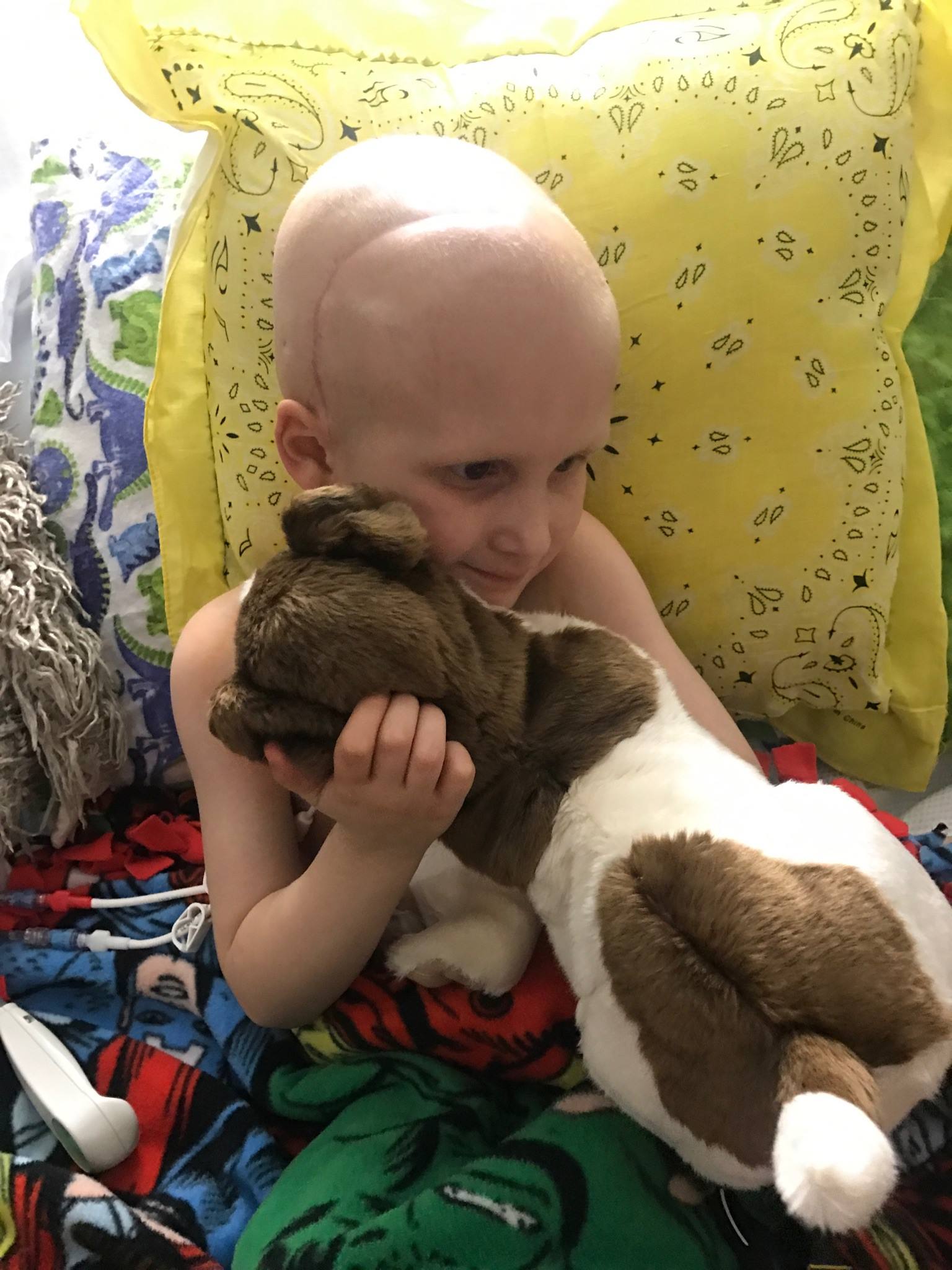 But that’s when something extraordinary happened.

“He woke up out of a coma to say he loved me with a smile on his face! … My angel took a breath, opened his eyes, smiled at me and said “I Love You Mommy”, turned his head towards me and at 11:54 pm Sgt. Rollin Nolan Scully passed away as I was singing “You are My Sunshine” in his ear.”

Though she is devastated by Nolan’s passing, Ruth takes comfort in her son’s bravery. 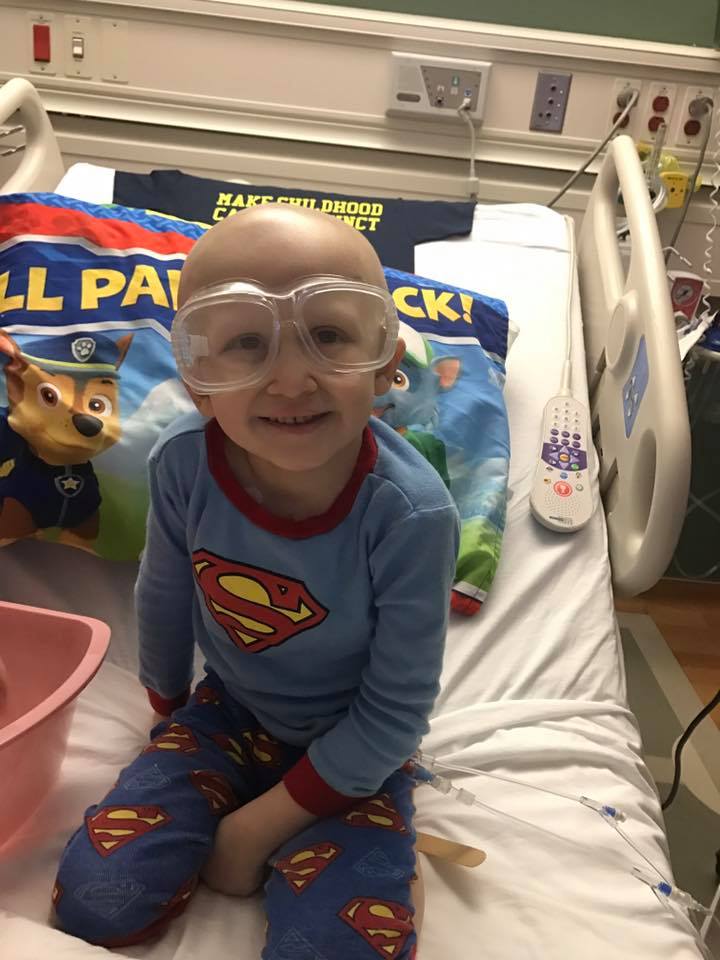 “My son died a Hero. He brought Communities together, different occupations, made a difference in people’s lives all around the world. He was a warrior who died with dignity and love to the last second.”

There is beauty even in the darkest of places and sometimes it takes the littlest people to show us “wise” adults that truth. Nolan’s life was a blessing and his final message to his mother was a miracle. May we all be as brave as this little boy when he faced his final moments.

Previous Angus T. Jones, who played Jake Harper, left the show “Two and a Half Men” 6 years ago – This is him today
Next Mom Gives The Best Reply When Asked What Her Apron Is For