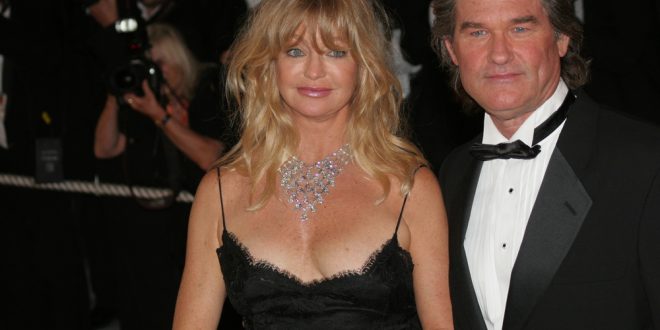 Goldie Hawn - You Can't win a Fight Against the Beauty Standards

Self-confidence is one of the strongest traits a person can possess, and seeing how perfect celebrities appear most of the time, it’s pretty easy to lose confidence and feel self-conscious about our bodies and appearance in general. But, it doesn’t take a bright person to understand that with the number of makeup artists and stylists taking care of the celebrities to understand that it’s all for the public eye.

With every passing day, celebrities are becoming more aware of the division and beauty standards they’re setting by using lots of “touch-up programs” and makeup, so more and more celebrities turn their attention to posting “natural, no filter, and no makeup” photos.

On the other side of the spectrum, we have Goldie Hawn. Although she thinks that celebrities shouldn’t try to fight off the “Hollywood standards,” she also says that they’re not that easy to fight against. Goldie says that it’s all flowers and butterflies while you’re young, and she challenges young celebrities to try and satisfy the standards when they hit 45.

That’s probably why Hawn, now a grandmother of six, found herself on the cover of the Beautiful Issue from People Magazine. Not that I know of someone who would be opposed to that.

”Some people think that you’re beautiful; some people think you’re ugly. They voice a lot of opinions, so you then have to become resilient to it – and to do that, you have to learn and to understand who you are and what you really think about yourself. And that’s where I think I learned about my inner beauty.”

We know that paparazzi are everywhere, and some time ago, they snapped a picture of Goldie without makeup. And, just like with any other thing involving Goldie, there were two groups of people, one who praised her and others who thought she looked unrecognizable!

There’s one thing that Hawn doesn’t skip, and that’s her skincare routine.

”One of the most important things of all is sleep. Getting enough sleep is so important – as are things like ingesting good oils, making sure you keep your face soft by removing dead skin and using sun guard every day. I also take the time to really massage my creams into my face.”

She revealed her secret in a Pop Sugar interview, saying that she applies 2 tbsp of olive oil and massages her face with it before going to bed.

In my opinion, Goldie Hawn looks amazing with and without makeup. After all, she’s our sweetheart!

Previous Meghan Markle is not the only Actress to Marry a Prince!
Next Two Fishermen Save a Drowning Girl and Dissapear – 35 years later she finally finds them!