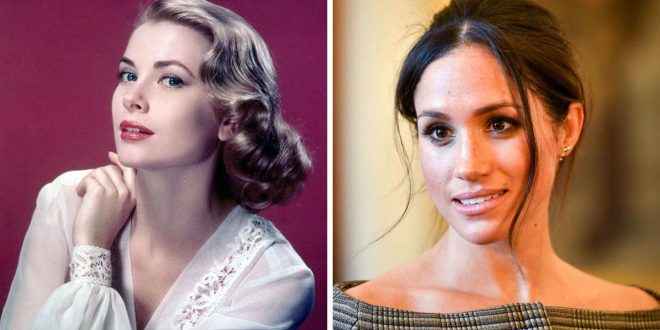 Meghan Markle is not the only Actress to Marry a Prince!

Sometimes fairytales come true, and Meghan Markle’s fairytale got real when she met her prince, and they married and started a family. Meghan gained unfathomable fame as Rachel Zane in the Legal Drama – “Suits.” She continued her success in the series for seven straight seasons out of the show’s nine. But, a little-known fact for Markle is her hobbies and careers outside of acting. She’s developed careers in fashion, calligraphy and she even dipped her toes into influencing. But, after she met Prince Harry, and they decided to be together, she decided to stop her career in acting because of the fact that she wanted to commit fully to being a member of the Royal Family.

Many people think that Markle is the only woman who enjoys such a fairytale life. But that’s not true at all. Back in the 1950s, another actress named Grace Kelly lived a similar fairytale. Most of you probably already know who I’m talking about. But for those of you who don’t, Grace was an American actress. She was one of the best at her job at the time. Unfortunately, she had a relatively short acting career. It only lasted for six years.

Grace’s fairytale starts when she ends her short acting career and meets Prince Rainier the III of Monaco. They met at the Cannes Movie Festival in France in 1955. One quick eye contact was all it took, and Grace and Rainier had fallen in love with each other. They had 3 kids Princess Stephanie, Prince Albert II of Monaco, and Princess Caroline of Hannover.

So how is Meghan Markle similar to Grace Kelly. Read on to find out!

As we mentioned above, Kelly and the Prince of Monaco met at the Cannes Film Festival back in 1955. Not too long after their first meeting, Kelly’s friend, Olivia de Havilland, also a famous actress, asked Kelly if she would like to meet the prince who was a friend to Olivia’s husband. Of course, Kelly was ecstatic and accepted the offer, of course, if her studio approved of the meeting, seeing as she was on a work trip. And that’s how it all started for Kelly and Prince Rainier III.

As we probably all already know, Meghan Markle and Prince Harry were also set up on a blind date by a mutual friend. The two spoke about their first date during their engagement interview.

Meghan and Kelly Sacrificed Their Acting Careers for Love

As we already mentioned before, Kelly’s acting career wasn’t the longest, with only six years of being active in Hollywood. But, she made the time she spent there count by becoming one of the fastest-rising talents in the industry at the time. She even managed to win an Oscar for the movie “The Country Girl.” In April of 1956, she decided to say goodbye to the glitz and glamour of Hollywood and hello to the glitz and glamour of being the princess of Monaco!

On the other hand, Markle hasn’t even been nominated for an Oscar in her career, but she managed to build a career that many would dream of. She saw a huge rise in a huge rise in fame when she started her role in “Suits,” and this only went forward! However, as Markle states, she didn’t sacrifice anything. She only made a change that suited her!

Taking care of others

Being humane is another trait that befits both of them. Kelly was a big advocate of children’s rights, and at one point in her royal career, she even served as the president of the Red Cross in Monaco.

On the other hand, we have Meghan Markle, who owns a charity organization alongside Prince Harry. The name of their charity organization is Archewell Foundation and despite her now being able to help more people, she was a well-known humanitarian even before becoming part of the royal family!

Previous Identical twins had plans for their future. But faith had something else stored for them!
Next Goldie Hawn – You Can’t win a Fight Against the Beauty Standards