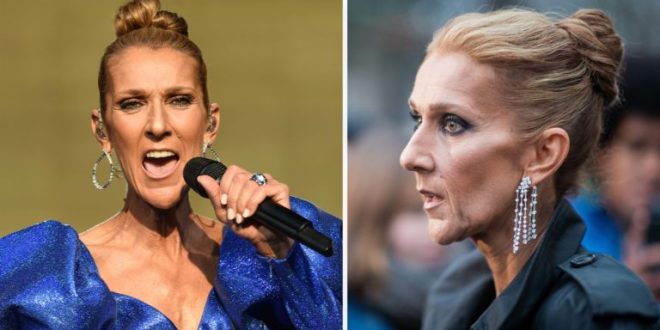 With the start of the COVID-19 pandemic, the humanity had the feeling that the entire world sort of shut down. The numerous measures imposed by the governments, which included social distancing among the rest, gave everyone a new perspective on life and taught us all that we should never take things for granted, such as having coffee with friends, or giving our family members a hug when we see them.

Many businesses were forced to close and a huge number of people lost their jobs. The entertainment industry wasn’t spared either. For almost two years, there were no concerts or live performances of any sort.

Today, although the virus is still here, things started to move slowly. Many performers announced their tours, among which one of the best female singers there are, Céline Dion.

Dion has a history with Las Vegas, the place she feels like home. Her story with the “Sin City” dates back to 2003, when she began a four-year Las Vegas residency which turned to be a huge success, grossing over $385 million.

on returned to the Las Vegas stage for a residency at Ceasar’s Palace and broke the world record with her 1,141 performances, according to Billboard.

At the same time, the Canadian born singer holds the records for the two best-selling residencies of all time.

Speaking of the pandemic and her canceled tour, Dion told Today, “The tour was canceled, the whole world was shut off. It was definitely different, but for us, we were very fortunate.

“It was the old-fashioned family fun, simple pleasures of life, playing outside a lot, cooking. Honestly, making the best out of this.”

Dion made her fans overly-excited when she announced that her delayed tour will take place in November 2021. She was supposed to take to the Las Vegas stage for a brand-new show at Resorts World Las Vegas.

“Vegas had given us a family and an opportunity for me to be a mom, for them to be kids, for me to perform for my fans and to practice my passion,” she told Today. “And every night, come home… that is rare. I really feel that Vegas has given me motherhood and the best as an artist. The best of both worlds.

However, as everyone was in anticipation of hearing the diva perform live after so much time, she issued a statement saying that she was forced to postpone several concert dates due to “unforeseen medical symptoms.”

“Celine has been experiencing severe and persistent muscle spasms which are preventing her from performing,” the statement read, as reported by Entertainment Online. “Her medical team continues to evaluate and treat her. However, the symptoms she is experiencing are prohibiting her from participating in the ongoing rehearsals for the new show.”

The star took to Instagram to tell her fans that she feels heartbroken.

“My team and I have been working on our new show for the past eight months, and to not be able to open this November saddens me beyond words. My partners at Resorts World Las Vegas and AEG have been working around the clock to get this brand-new state-of-the-art theatre ready, and it’s absolutely beautiful,” the 53-year-old singer wrote.

“I feel so bad that I’m letting them down, and I’m especially sorry for disappointing all the fans who’ve been making their plans to come to Las Vegas. Now, I have to focus on getting better… I want to get through this as soon as I can. – Celine.”

Dion won’t be able to perform from November 5 to November 20, or from January 19 to February 5.

The star announced she’s also canceling her North America tour. “I was really hoping I’d be good to go by now, but I suppose I just have to be more patient and follow the regimen my doctors are prescribing,” Dion wrote in the statement she posted on her Instagram account. The tour included stops in San Francisco, LA, Denver, and other US and Canadian cities.

The “European leg” of her world tour is still planned to happen with her first concert taking place on May 25 in Birmingham, England.

Recently, she shared with her fans that a new documentary about her life is in the making.

Share
Previous Man Follows Girl From Bus Stop And Into Her House, Her Dad Was Home
Next Wife Makes Her Deceased Husband Proud And Keeps His Legacy Alive, What She Did Went Viral